The Story Of Jesus Is Real: Avraham Ben Moshe 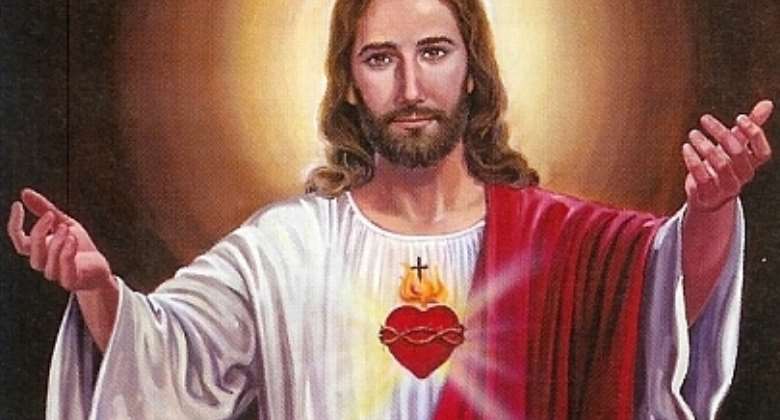 I was astoundedby Avraham Ben Moshe’s claim that the New Testament (NT) Bible was deliberately created to hoodwink Africans and that the birth and stories surrounding Jesus, the Christ were ahistorical or not real. Nudged and obsessed with sycophancy of his own creation, Moshe was fittingly piqued to pinpoint the contradictions in the NT, while claiming arrogantly that the Torah (The Five Books of Moses) were without contradictions.

He is entreating his followers to apply common sense and reject the story of Jesus so as to accept Judaism. The purpose of this write up is to respond to Mr. Moshe and his common sense movement that Jesus is real and that no ancient manuscript including the Pentateuch (The Torah) is without contradictions.

The death of Prophet Moses is recorded in Deuteronomy 34: 5. Mr. Moshe the authorship of the Torah is credited to Moses. Verse 9 of Deuteronomy 34 recorded that Joshua succeeded Moses and did what the lord had commanded his predecessor. Is it not quixotic for the Torah to tell us that Moses recorded incidents after his own death? So you see, my good friend Moshe, the Torah itself is not devoid of contradictions!

The answer is simple, the Deuteronomistic historians just attributed the Torah to Moses while Moses was not the real author. This definitely did not twist the content of the scripture. More than one individual probably authored the Torah. Different authors used different names such as Elohim, Yahweh, Jehovah, ElShaddaito refer to God of Israel. Moses was used to uphold the sacredness and inviolability of the message of God almighty.

Similarly the book of Daniel was not written by Him (Daniel). The author probably existed during the Maccabean revolt. Jewish culture and religion became adulterated with Hellenistic values after the conquest of the Macedonian king, Alexander the Great (356-323 BC). Judaism became inundated with the worshiping of Zeus, the Greek supreme deity. So the Jewish Priest Mattathias started the revolt against the Greek influence around 165 BC.

His son Judah Maccabee successfully denounced the worship of Zeus rather than Yahweh by organizing the Jewish dissidents to defeat the aforesaid influence in 166 BC. For the purpose of demonstrating the power of God during Maccabean era, and to save Jews from further apostasy, the author came out with a story of Daniel in the Lion’s den (Daniel Chapter 6). This was preceded by the story of Shadrach, Meshach and Abednego in a blazing furnace (Daniel Chapter 3). The aim of the author was to project God of Israel above any other god. Some historians believe that nobody probably existed known as Shadrach, Meshach and Abednego because no ancient manuscript supports the existence of the three individuals.

For this reason, the book of Daniel is not part of Old Testament (OT) prophets. Needless to say the interpretation of historical hermeneutics is subjective. The most significant thing is for believers to build their faith around the central theme of the book of Daniel but not to prove Daniel’s existence. Mr. Moshe uses the OT to negate the NT. My point is NT has less contradictions than OT. Both are works of human beings and cannot be free from discrepancies. Just allow the faith of believers of Christ like me to speak for itself rather than speaking for it. Mr. Moshe just believe in the central theme of the NT in John 3:16.

Mr. Moshe equally claimed that the story of Jesus was copied from the myth surrounding Egyptian god of the sky and controllerof the sun and the moon, Horus. I do agree with him that there was a pervasive awareness of ancient Egyptian civilization in the early period. The Senegalese Historian, Cheikh Anta Diop concluded that “Egyptologists were excessively dumbfounded with admiration for the past grandeur and perfection of Egypt.”

Civilization was started by black men in Egypt. A prime citadel of ancient Egyptians past is the pyramid of Giza opposite Cairo.Nevertheless, Jesus’ story being similar to that of Horus could not negate the existence of Jesus as a historical figure. Moshe you believe in Torah and kindly permit me to reveal to you a story in the Torah similar to a myth from Ancient Near East.

Genesis Chapter 39 has the unfolded story of Joseph’s encounter with Potiphar’s wife. Mr. Moshe this Chapter is part of your unadulterated Torah, as an ambassador of puritanical Judaism (Just to remind discerning readers that I humbly believe in both OT and NT). The above story is equally similar to an Egyptian mythology that existed before it.

We are told Joseph escaped the sexual advances of his master, Potiphar’s wife with a calamitous consequences. In the Egyptian myth, Anubis and Bata were two brothers. Anubis wife attempted to seduce Bata when her husband was away. Bata ignored the promiscuous woman. The said woman falsely accused Bata of rape and her husband sought to assassinate his own brother. After hearing his wife’s false report, Anubis went after Bata to kill him.

Egyptians believed in polytheism and their gods included, Amon re, Isis and Horus. Thus, the gods then created a river between the two brothers (Similar to the Red Sea crossing) protecting Bata. The myth ends that Bata later became a great man similar to that of Joseph. Bata suffered a lot but became Pharaoh at the end. My point is that you cannot believe the Torah and reject the NT on the grounds of resembling a mythology of Ancient Near East.

A historical fact refers to any event that irreversibly changes the mindsets of a group of people. For example, assuming J. B Danquahand his United Gold Cost Convention (UGCC) had won independence for Ghana, the history of Ghana and the perceptions of Danquahists regarding the founder of Ghana could have been different.

In the same way, lack of knowledge about Horus’ mythology could have changed your perception about Jesus. NT was compiled more years after the ascension of Jesus. Paul’s letters were the first to be compiled before the Gospels. Like any handi-work of man, it cannot be devoid of distortions. Mr. Moshe, the error of Jesus misquoting from the OT could be due to interpretational disagreements by the biblical translators but not from Christ himself.

Jesus really existed because Saul who converted in Acts Chapter 9, was an eye-witness to the ministry of Jesus. Paul (Saul) was a scribe (A teacher of the law). All religious groups like the Pharisees, Sadducees, have historical significance and that they actually existed. Apostle Paul was killed around 64AD in Rome during the reign of Roman Emperor Nero. If Paul existed then Jesus existed. Historical facts supports the existence of Paul.