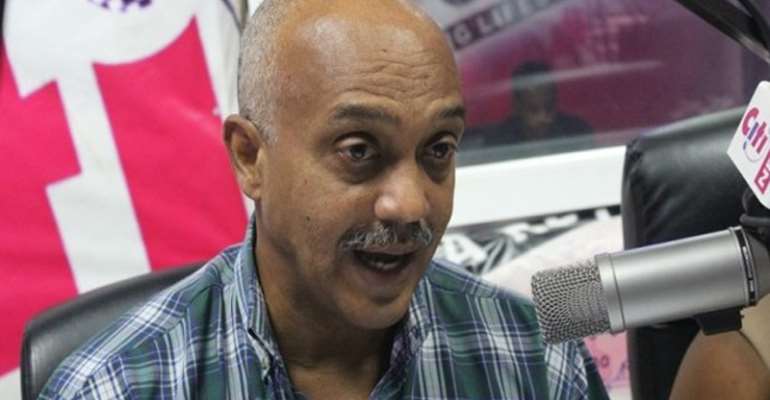 The story is told of four brave men of Nyinahin whose desire to gather wealth was so strong they would break all the rules to get at what the Earth God himself had decreed to the overseers of the Nyinahin forest somewhere in the Ashanti Region that none shall enter the forest to seek wealth until the signs in the sky are clearly determined and all are allowed to dig the earth and take what is rightly theirs, but only after the oracle has made it known that the time is right for all and sundry to benefit the community and share their plan to distribute this wealth so that all the people of Nyinahin would one day boast of wealth in comparison with that of the Oboasi Denkyira folk whose gold was yet to be revealed by the Gods of Glitter.

But one day, after hearing stories of immense opportunity and filling their heads and stomachs with the intoxicating drink of palm wine, which the village elders had warned of over indulgence, four strong men of Nyinahin whose strength was proven since birth, ventured in drunken stupor into the forest to unearth its secrets and bring to the village the wealth that was hidden in the deep centre of the forest.

It had been seven days since they left, and in a state of agitation and fear of what this taboo would bring to the village, a gong-gong was beaten and all were summoned to go into the forest and seek the four who had braved to defy the oracle.

After two days of searching, their bodies were found hanging from the great Baobab tree in the middle of the forest, each one with a nail in the centre of their forehead perfectly placed and no sign of blood anywhere.

It was thus decreed that henceforth the forest should be declared a reserve and no one should venture into the forest until the signs are clearly shown by the oracle.

It has been over a hundred years since the four young men were found and the people of Nyinahin have preserved this law.

Then this past week, we heard that a licence has been awarded to a company called Exton Cubic, who are not natives of the village, to enter the forest and prospect for precious bauxite, of which the villagers at the time had no idea of its value and significance to the now people of Ghana.

Listening to the representative of Exton Cubic company, who clearly did not know of this folklore I have just narrated, I wondered why the media had reported so differently what he had to say about the steps they had taken to ensure that the oracle, as vested in the various ministries and agencies, had granted permission for the forest to be raided.

The media reports claimed that Exton Cubic had no authority to do anything in the forest reserve and the Environmental Protection Agency in particular had definitely not granted a permit to mine the concessions awarded by Lands and Natural Resources and the rights given to the company by the Minerals Commission had flouted the requirements of descendants of the four men found in times of yore (ok, that part is just mischievous so let's discard it).

But listening to Exton Cubic on the Big Issue on Saturday and reading through all the documents on show, it was just strange that the media could have botched up something as simple as this. Exton Cubic had certainly done all that was asked of them to enable them to enter the forest reserve and prospect for bauxite, clearly given by the Minerals Commission.

The equation was tipped out of their favour because their key principal is Ibrahim Mahama, brother of the former president of the country. What appears to have clouded the media's integrity is that the Mahama family is now seen as an opportunistic and corrupt family, while they controlled power in the country, and this move by a company that seems to have complied with all the requisite paperwork, had committed the cardinal sin of being controlled by the brother of the previously most powerful man in the land.

When you take that factor out of the analysis and step away from the emotion attached to, at the time, perceived corrupt and now proven greedy and very corrupt government, you get a clean sheet of compliance with due process.

The “Rambo” style operation by which company equipment was seized and confiscated on site and the now misunderstood narrative of what permits and licences were or not obtained is muddied because passions are inflamed by any mention of possible corruption attached to John Mahama and his family.

Unless I am wrong and there is massive forgery in the documents I have seen, I am anxious to point out, that we are all definitely wounded, especially those of us who supported voting out the NDC government, and we will react to any such activity by the Mahama family and unfortunately, they are guilty before we examine the possible genuine business they are engaged in.

But we cannot do it this way. What is unfair for the rest of us must also be unfair to the Mahama's. Unless we level the field and find fault where there is genuine guilt, it will be difficult to maintain a society of civilised persons, capable of treating each other fairly in a state of equal opportunity.

I don't like what JDM and his NDC people did to this country. I think they failed us and I believe sincerely that given another opportunity, they will do the same if not worse. It takes more than religious faith to simply forget and let live for peace. It is a search for humanity and civilisation that will be the answer to the way we live and find answers to the challenges from the past and into the future.

If we have found comfort in our hearts to live with Jerry John Rawlings and his PNDC nonsense, we will find space to give other persons an opportunity to prove that they too can live in the comity of Ghanaians and not venture into the forest against the preaching of the oracle.

And while we were looking for bodies elsewhere, the people of the SSNIT Board and its management team tried to convince us that, we can afford to throw our hard earned cash contributions into a piece of software that could have built all the two hundred schools that the NDC government lied that they would complete before they left office.

It would be easy to punish Ibrahim Mahama because of his brother's actions, but is that what Ghana should be all about? On his own, he can be faulted enough and prosecuted, but we must do so only if he is in the wrong.