Enough Of The Tearjerkers; Get To Work 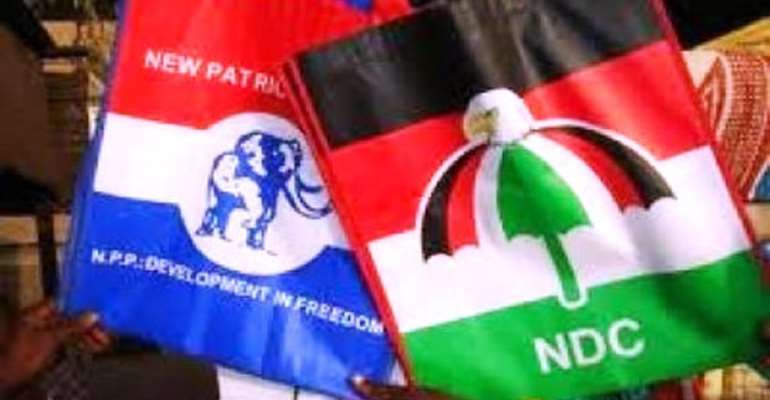 The political atmosphere of the country for the past fortnight has been characterized by all forms of pollutions. The bias speaker of parliament and his attempt to obliterate the name of Nkrumah from the brains of school children sponsored by dishonesty and brought to us by the Ghana at 60 committee featured well. The speaker and his cohorts succeeded in throwing dust into the eyes of the gullible. This sparked a lot of conversation among history students. Just as the laws of physics, history is immutable regardless of how much effort one exerts on it to undergo mutation. The lecture delivered by Professor Aaron Mike Ocquaye was much ado about nothing, classical example of intellectual dishonesty and above all, a poison cladded in a lecture attire to history students.

There you are with another political party on the other hand, the NDC. The tirades of Dr. Valarie Sawyer indicting the founder of her party and one citizen vigilante has generated rumpus. Instead of earlier organization, they are specialists in writing diatribes with strange vocabularies. For a party which fantastically slipped into opposition with a vote margin of one million, this rumpus would have been the least thing expected. The law of Karma is in motion - the internal wrangling of the NPP in the run up to the 2016 elections was met with theatrics and jamboree. Some even brandished white apparels up in the air as though it was a ticket to the flagstaff house. I am quite aware that demolitions are sometimes a process in putting up a building, better still, angers must be restrained.

Our senior minister needs the service of a senior communicator. The utterances of Mr. Osarfo are smacks of betrayal and deception. They clearly indicate that NPP succeeded in defrauding and duping Ghanaian electors. So much noise was made about jobs, jobs and jobs! The day of public sector recruitment is now a cynosure for all jobless graduates, if you care to know. The NPP didn’t speak as though there might be a roadblock on the path of job creation. Ghanaians were hoodwinked into believing that public sector recruitment doesn’t need the deployment of rocket science. Voters were made to believe that, ‘yes you can’ irrespective of the string attachments of any bailout. The senior minister is now on rooftop with a megaphone lamenting the inability of government to recruit, albeit, he has succeeded in employing his blood relations. Are some politicians not scumbags? Isn’t a hideous cruelty being meted out to the jobless graduate who voted for change? If the senior minister does not have any good news for the jobless graduate, he must learn not to add insults to injuries by keeping quite. The way he speaks is trenchantly peevish.

A group of deceivers, each specializing in their areas of deception. As if the noose is tightened around his neck, the education minister has revealed in real terms what free SHS meant and its modalities contrary to how it was said in the hinterland in my constituency. The free SHS has suddenly metamorphosed into a scholarship scheme. It is out to benefit those who are brilliant making nonsense of equity. Why wasn’t this said before? I don’t want to hear that the nitty-gritty of that policy had not been ironed out then. The three northern regions are where poor education standards stare government in the face. You may be surprise to hear that only ten out of 100 students in a class would pass in a term. The ninety students are cut off from the aid of this so called freebie. These regions are also where many junior high school leavers enter the second cycle institutions with grades as that of the ages of their mothers-excuse my language. And as we all know, if the foundation is weak, the days of the building are numbered. To further provoke my ilk, is how suddenly the paltry student allowance has been changed into a loan as if loan and allowance are synonyms. Need I say a word about the idea of extending teaching hours to 4pm? The increment in working hours must be directly proportional to increment in salaries. You have been crying of less funds as a government because revenue targets are missed. Why then table this limping idea?

Of late, the mannerisms of the heath minister also boil the blood much same way as the senior minister’s. But because he is the health minister, I suggest he is given medical attention as he may be suffering from amnesia. Your government promised to give the health worker a world class care. Mahama’s government was accused of maltreating nurses. But as an opposition party, you promised heaven on earth. You promised to post them after graduation. Now, picketing is now a monthly anniversary at the health ministry. The premises is now a place of domicile for unemployed nurses. The reality has caught up with you just as it has dawned on the unemployed nurse. Time and space will not allow me to take on the incompetent Agric Minister, but wait, I learn he hates the word ‘incompetent’, he better get used to it because what is good for the goose is good for the gander. Akufo-Addo and his retinue must stop whining and start fixing the many problems which abound.