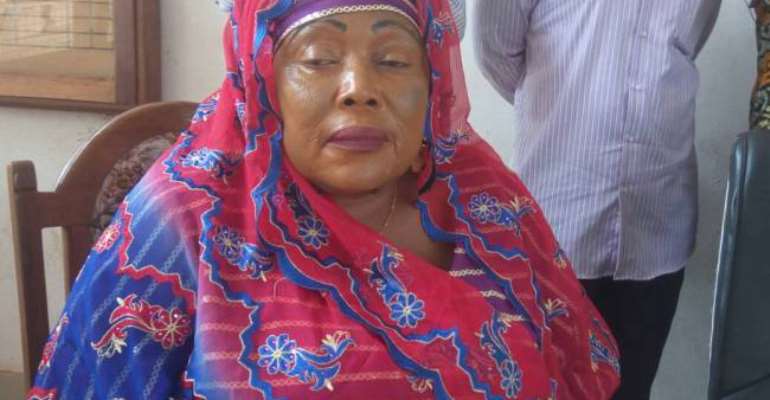 The political climate of the savelugu municipality has recently been tottery. It is discussed on the various media platforms like the fight against galamsey. The selection of the MCE nominee has got both party folks and the hoi polloi talking.

They are talking because of the appointment of one Hajia Ayishetu Seidu by his Excellency of the republic as the municipal chief executive. In their own thought, the president broke a solemn promise of rewarding loyalty. They said Hajia was yelling “kukurudu” at Accra in the eyes of his Excellency and not in the face of the party folks in savelugu. They see her as a “stranger” who cannot lead natives.

The savelugu municipality is an amalgamation of Savelugu district and the Nanton constituency. The former was for the first time won by the NPP in the 2016 elections. But trust me, it wasn’t because the electorates were in love with NPP that much but it was due to the internal wrangling in the NDC that inured to the benefit of the member of parliament. Murtala Mohammed also unfortunately loss Nanton to the NPP.

This again was not a case of NPP being dominant but just because of the wind of change that was blowing and miraculously uprooting big trees coupled with the temperament of the aforementioned personality towards his constituents, it is undeniable fact he shot himself in the foot with his attitude. This notwithstanding, One thing is clear, the savelugu seat has lost one foot already and the Nanton seat is shaking like a building that is about experiencing earthquake. You may disagree with me. That’s your inalienable right!

Let me now walk you through the substantive matter. I will look at the matter from both the blunder of the one who has the power to designate and the designee. The president in his holy book promised to give paltry 30% of the appointments to women. He tried but he failed. You may confirm with google. Because of the promise, there was an attempt to really live up to expectation.

Women formed part of the historic 110 army of ministers but a lot couldn’t make it but he was still determined to appoint them otherwhere come what may. Hajia Ayishetu was one of those he promised to name ministers but ended up disappointing, this I heavily suspect. Politicians should not set up their colleagues for humiliation and maltreatment.

The woman is dyed-in-the-wool party person, her monetary contributions to the change agenda in the 2016 elections can confirm this. Unfortunately, the foot soldier in the savelugu municipality didn’t know that there was one Hajia who does her politics at the national level. Let me put the blame squarely on the president because he shouldn’t have appointed someone who is a stranger to even the constituency secretary.

When you appoint like he did, it generates protest with dominion effect. At least, appoint someone who was on the campaign trail with the constituency executives shouting ‘free shs was possible’, ‘one village, one dam was doable’ and ‘one district, one factory was feasible’.

Hajia Ayishetu also deserve chunk of the blame. She knew she was from Savelugu but she never decentralized her cash and her campaign efforts as a politician. How then can she reap what she didn’t sow? I think this is an opportunity for any politician who specialized in doing politics only at the national level to learn. Go home to your place of birth.

You were not born in Ga Mantse’s Land. You make up the population of the city because of urbanization, so visit home periodically! Her appointment was fiercely resisted from day one but she was confirmed by the apparent NDC assembly members. I thought the confirmation would have ended the bad blood between the nominee and the party people but it didn’t, in fact, it couldn’t. I will advise the nominee to give out the job back to the owner for onward giving to the people’s choice. If she doesn’t, the long term effect of that may be unbearable especially the fact that she is a woman with fragile heart.

Let us be worried for the first time in Akufo-Addo Ghana that, civilians were emboldened to lock up policemen and our professional policemen as usually couldn’t effect any arrest. What shall it profit an MCE to be escorted to work amidst heavy security? For how long can that continue and when is she winning the trust and sympathy of the people?

That’s my conundrum! What about the cedis she contributed, don’t I want her to feel some of the one million dollar? Of course I do but life is too precious to be sacrificed in chasing common fund. Left to me alone, there is more to life than dollars. The signal being sent to the president is univocal, they won’t accept her today needless to think of working with her tomorrow. The president should appoint her a position where antipathy and bitterness will not welcome her.

Well, let me concentrate on writing my industrial attachment report and stop writing on politics.

The writer is a student studying BSc computing-with-accounting at UDS, Navrongo campus.