The Worthless Deeds Of Ghetto Youth Arising Out Of Criminals 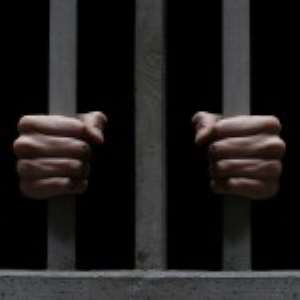 As a youth of my twenties, I sometimes feel so worried and grieve immediately a fellow youth sharing the same age is been jailed to spend couple of years in prison custody.

The youth are the hope of our future as a country as they says. It is sometimes impossible to fathom or understand when our generation which lie in the bosom of the young are capsizing by criminalizing and jailing.

As of August 2015, 129 people were under sentence of death in Ghana, all for murder. By September 2016, that number had risen to 137 according to Amnesty International Ghana. This issue was updated on September 3, 2016.

In October 6, 2016 at 9:45am, Ghanaian Times reported 86% convicts are youth. Through my scrutiny, worthless deeds of the Ghetto youth is the cause of the elevation of criminals in our society.

Ghetto as an area in which people who are distinguished by sharing something other than ethnicity concentrated is now the hub of criminal instigators.

Ghetto Youth is the way some adolescents live, and the norms, values, and practices they share.

Elements of Ghetto Youth include beliefs, behaviours’, styles, and interests. An emphasis on clothes, popular music, sports, vocabulary, and dating set adolescents apart from other age groups, giving them what many believe is a distinct culture of their own.

Within Ghetto youth, there are many distinct and constantly changing youth subcultures.

These subcultures, norms, values, behaviours’, and styles vary widely, and may differ from the general this Ghetto Youth under this context.

Understanding what adolescents think and do is fundamental to understanding the relationship between structure and agency, social patterns and individual action.

Everyone will bear with me that in the 90s, the Ghettoes we observe were very conscious and sensible in their activities.

These youth, during their meetings, they debate about current affairs and how they can also contribute to the prosperous of their communities. They embark on community development projects such as sanitizing the environment, maintenance on roads, community security volunteering etc.

As we are in this computer era, Ghetto Youth can take that opportunity to share ideas and be creative to add value to life but unfortunately these Youth see it as a curse to have a pillow for that. Hmm... A cry in my stomach!

The annoying aspect is when they get little money, they move to prostitute bays to pimp the ladies, buying cigarettes, weeds and drinking alcohol to entertain their life, Polluting our dear environment; acting blind on health implications.

These gangs don't value the life of mankind, whatever they think to end people's lives to add value to their own is what they think of. They have become "kakai" in scaring people everywhere. Some women confess to me, sometimes immediately they meet them one on one, they ease themselves because they become very paranoid thinking their lives and their capital may be taken away from them. Wolves in the sheep's clothing; true Ghetto Youths are not left out of the embarrassed and demeaning thought exerted onto the walls of our communities.

These gangs style of dressing, haircuts and their statures are something else. As some people are growing their brains to function, they tend to grow their body to build in causing fear and agonizing terror to the society.

In many urban centres, they are normally seen at pubs, where they drink and smoke their weeds.

Some years back, pubs were known as public houses where beverages, primarily alcoholic, may be bought and consumed and also provides food and sometimes entertainment, normally television viewing.

But today, oow!! Almost 75% of pubs are known to be Ghetto Youth rest stop. That is the place where they normally assault and murder people. "Ooowww Awurade begye steer no w'ate... Hmm"

These Ghetto Youths have taken occult as their main religion, they assume their spiritual protection can be acquire from ''Juju" and "Malams", in order to carry out their demonic attitudes.

Politicians who claim they have the nation in their blood, call these Ghetto Youths to join their vigilante groups vandalising public institutions, assaulting public servants and disrupting the peace of the ordinary Ghanaians.

These Ghetto Youth deeds are becoming serious ulcer of this days and we need to find an antidote in curing it before it spread through.

As Bob Philips said “Youth complain there's nothing to do, then stay out all night doing it".

Let's imagine if nothing is done to quash this existing youth gangs for ten years ahead, I tell you, we will smell the aroma of terrorists in this peaceful country our leaders have laid for some years now.

It has been observe that, family disorganization, including broken homes and parental drug and/or alcoholic abuse, family violence, neglect and drug addiction, family members in a gang, lack of adult and parental role models, parental criminality, parents with violent attitudes, and siblings with anti-social behaviours, extreme economic deprivation, and community.

There are some risk factors that also causes establishment of Ghetto Youth; some of this risk factor is;

Where Gang involvement is a process that happens over time. This process is influenced by the life trajectory and individual, familial and social experiences of a young person.

Several studies indicate that risk factors associated with gang involvement are present long before a youth joins a gang.

For example, youth who were the most behaviourally and socially maladjusted in childhood were found to be the most likely to join and stay in gangs for several years.

Unless appropriate actions are taken to address the factors that result in more serious crime or gang involvement, early negative life experiences and subsequent involvement in crime will only reinforce the path towards continued delinquency.

In addition to preventing youth from joining gangs, it is important to reduce membership duration for youth who belong to a gang and to provide appropriate services such as employment and educational opportunities once they leave the gang. Hopefully the Free SHS policy can be one of the antidote.

Protective factors are positive influences that mitigate the impact of risk factors and decrease the likelihood of problem behaviour.

An educative quote made by Dorothy Parker “the best way to keep children at home is to make the home atmosphere pleasant and let the air out of the tires".

This initiative is most concerned with young people who come together to engage in profit-driven criminal activity and violence.

Understanding why some young people join gangs while others do not is key to effective prevention efforts.

Some research suggests, the need to address specific risk factors that leads youth to violence and gangs.

It is also important to enhance protective factors that can play a role in keeping youth out of gangs.

Let’s all remember this famous quote from Albert Einstein; "society will not be destroyed by those who commit bad deeds, but by those who watch and do nothing about it". GOODNUFF takes this opportunity to call our leaders to duty, taking all necessary measures to turn turtle of Ghetto Youth.