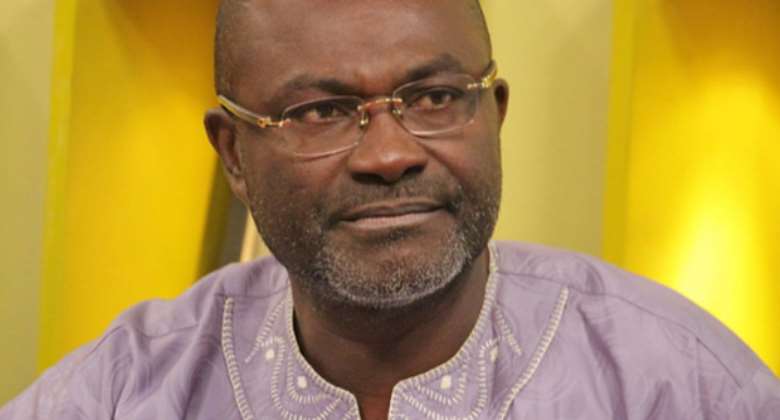 “Words cannot describe the grief evoked when one loses a mother, nor can the memory of a woman who sacrificed happiness in her own life so that her children could have a better one be erased”.

ASSIN DOMPIM is only about two kilometers off the Assin – Fosu main road, leading to the kenkey town of Yamoransa. On the way, close by, is the academy for migratorial lessons taught to Kwame Takyi's men and women; where they are likely to be taught lessons in 'francaise': 'Bonjour' (Good morning); 'Bienvenue au Ghana' (Welcome to Ghana); 'Quel est votre nom?' (What's your name?); 'Quel age avez vous?' (How old are you?)

This used to be the hometown of Mrs. Mary Nsiah (nee Babai), the altruistic, charitable, magnanimous, self-abnegating, philantropic mother of Honourable Kennedy Akompreko Agyapong. (It is coincidental that the author's dear mother was also called 'Mary' and she was equally of the 'Bretuo' clan; she was as well a Methodist, attending Methodist Wesleyan Church (Wesen) in Kumasi).

The land is agriculturally rich and does not appear to have been destroyed by the 'galamsey' menace. Many foodstuffs and fruits like plantain, cocoyam, oranges and watermelon can be obtained here so that many of the townsfolk are farmers. The people got overwhelmed by the invasion of mourners that sultry Saturday 20th day of May the day the Lord had blessed for the interment of Eno Mary, aged 76.

It was a crowded funeral. The head –of – state Nana Akufo Addo and his vice, Mahamudu Bawumia were represented by their wives, Rebecca and Samira respectively. There was the Chief of Staff, Mrs Frema Osei Opare; the Speaker of Parliament walked onto the funeral grounds majestically and Kyei Mensah Bonsu kept a straight face following the Speaker, Honourable Mike Oquaye. I.C. Quaye, Honourable Simon Osei Mensah (Ashanti Regional Minster) and his vice Honourable Elizabeth Agyemang were part of the crowd. Kofi Jumah, described as the quietest of the Jumah – Kennedy – Wontumi trio, lightened the atmosphere. Alhaji Grusah was conspicuous with his white beard and footballer Osei Kufour was vivacious with his group of East Legon Executive Club led by the man of 'peace', Osei Kwame, who showed them 'the way', just as the advertisement on 'This Way' does. Don't be surprised to see the NDC lone-ranger, Allotey Jacobs, the garrulous educated fisherman, whose presence signified the advancement of Ghana's democracy. On radio, Allotey would bark at anyone who had the slightest tentacles to the NPP, but here he was at a function which could at best be described as an exclusive NPP affair. A death should unite all of us, some seem to think.

The short sermon talked of the place to learn 'wisdom' and the priest revealed that it was at funerals, rather than anywhere else. Ecclesiastes 3:20: “All go unto one place; all are of the dust, and to dust all return”. The 'Mmea Fekuw' went round the body which lay in a coffin, carrying their bags to signify their journey to 'Jelusalam'. One could get enchanted by the acrobatic way the 'kete' dancer somersaulted to pick the dollar notes bestrewn on him. Eno Mary's in – laws were competing with one another to show off the one who had translated her love most into 'Adesie – dee'. The short drizzle (between 2:30pm and 2:50 pm) was to signify God's blessing on the tomb of Eno Mary.

The shirt- wearing Kennedy was ushered into Kensville 'White House' by the liberated Delta Force composed of macho-men who appeared to feed on 5 –pounds of meat at a meal. He appeared to have little time to dance to the music by Asamoa-Gyan's musical group.

A die-hard Catholic could have missed 'La cinquieme dimanche apres Paque', that is, the fifth Sunday after Easter, but with the Catholic church close by, one could recite the paternoster (The Lord's Prayer) and 'credo in unum deum' (The Nicene Creed: I believe in one God), facing the church, if one wished. God is a spirit, and they that worship Him must worship Him in spirit and in truth. But at the beautiful newly built Methodist Church, the large congregation was being exhorted by the preacher-man to prefer the truth, for, as noted by Mahatma Gandhi: “Silence becomes cowardice when the occasion demands speaking out the whole truth and acting accordingly”. One would suffer for telling the truth, but when all was said and done, truth would emerge victorious.

The name of the church, built by Kennedy's sister, Mrs Betty Acheampong, upon the prompting of Eno Mary, was changed from 'Ebenezer' to 'Mary' in honour of Eno Mary. The church which was dedicated in June, 2014, could serve as a replication of the Methodist Church which began as a revival within the 18th century Church of England after the death of John Wesley and Charles Wesley, and emphasized charity and support for the afflicted, the sick and the poor. Of course, 'methodism' originated from the 'method' by which the worshippers went about their religious affairs.

In an appeal for funds to construct a mission house for the Dompim Methodist Church, so many offers were made – pledges of cash, cement, iron rods, et cetera. Honorable Kennedy Agyapong simplified the issue by requesting the pledgers to convert their pledges into cash – he, Kennedy, was going to get the mission house built. It was a show of magnanimity, if not downright religiosity. The church room was electrified by the presence of the Senior Minister, Osafo Maafo and the Minister for Security, Honorable Kan Dapaah.

As was customary, the whole mass of people trooped to the 'white house' (not because it was a replica of Washington's White House, but only because it was painted in immaculate white). There was so much to eat and drink with assorted meals prepared by such catering groups as Elmina Beach Hotel. Adonko Bitters supplied many of their brands at the function. People, including those who had journeyed from far, began to decamp and retraced their steps back to their homes and hovels.

Running through their minds could have been the thought about how one's own funeral would be. Opanin Boateng secretly told someone: “Whenever I attend a funeral such as this one, I wonder how my own would look like. Kennedy has actually honoured his mother”. Those who could not have a befitting funeral could only be glad to have tasted a lavish funeral vicariously. The pleasure derived could be called 'vicarious pleasure'. Lest anyone be accused for mis-describing Honourable Kennedy Agyapong by the use of the word 'Maverick', it may be explained that it was because of his independent mindedness like that of Samuel Augustus Maverick, the Texas Lawyer, politician, land baron and a signer of the Texas Declaration of Independence. Around the 1860s and 1870s, Maverick refused to follow other ranchers to brand his cattle. He did not want to inflict pain on his cattle and his cattle were called 'mavericks'. His term has come into use to describe someone who decides to do things his own way—independently! As for Eno Mary, she was simply indefatigably-strong, untiring, industrious, enterprising, indomitable. Mummy, sleep in perfect peace.

Hopefully, it will not be long that the 2-kilometer road from Assin-Fosu to Kensville will be tarred. Just thinking aloud, and not 'forcing' Honourable Kennedy Agyapong to do it!