Is there a ROI for Social Media? 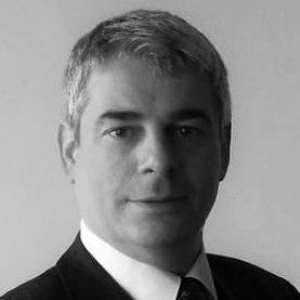 We all witness constantly this ‘craze’, memorization and obsession with Social Media. Every year, more and more billions of dollars are spent worldwide on amazingly elaborate eﬀorts to establish and maintain a social media presence; and this number of billions of dollars is going to increase every year, especially with live-streamed videos in Social Media – think of the Red Bull ‘event’ of live-streaming the gentleman who set the world record by skydiving from 128,000 feet.

But, is there really any ROI at any Social Media investment?

(FYI: Almost in all Social Media ROI Studies people chose to use Facebook because it is the most dominant social network. Also, Twitter advertising is ‘almost new’ and one can assume that Facebook findings would apply to most of the other popular platforms as well.)

I was reading yesterday the ‘What’s the Value of a Like’ at the March -April 2017 issue of the Harvard Business Review.

The published results were clear:

What does all this mean for marketers? Just “pull marketing” (companies try to ‘pull’ customers in through social media and other channels) is not enough on its own to result into sales lead. You still need to also use/ utilize the old & ‘traditional “push marketing” (companies promote and advertise their goods and services).

.
So, what is the Business Value of Social Media?

According to the State of the American Consumer: Insights for Business highlighting findings from Gallup's comprehensive ongoing study of the American consumer from 2008 through 2014:

I hope that you do understand that just because your organization buys for example 100.000 Twitter Followers or a 100.000’Likes’ or 100.000 fake reviews (statistically one in 3 reviews is fake), all these will not translate into sales or any other form of ROI.

Also just because you tweet or ‘facebook’ something, it does not mean that all of your audience will ‘see’ it.

A Nov 2014 Forrester study found that:

Other recent research studies have found out that traditional offline consumer opinion surveys (when they use representative samples) are better at predicting sales than clicks, number of website visits or page views, positive or negative social media conversations.

The famous 2014 comScore Study, indicated that more than half of online display ads appear on parts of a web page that are not viewable. In other words, hope that “only” 50% of your intended ads are not seen by anyone for at least a second!

The reality is that most companies do not have the right measures for Social Media investments (they rarely even have any ROI measures and KPIs) or they measure social ROI in a vacuum. But to justify an investment by activity and not outcomes is a tautology — we advertise because we advertise — not a meaningful business argument; that is wrong business practice.

People -including Marketers of course- tend to get overexcited and hyped about new technologies and they do misallocate resources in desperate acts of wishful thinking, resulting in a completely wasteful use of social media.

People tend to compare Social Media to PR: another area where companies often spend lost of money but without any clear, focused or verifiable objectives

Maybe we should forget all traditional ROI and focus on firstly understanding the consumer usage of social media instead of calculating the returns in terms of customer response.

"If you're measuring social media on ROI, you already don't get it." (author unknown)

.
And the reality is…
Like with anything new, with Social Media too, great expectations are common and missing the goal is understandable: it takes time for both practicing/ using new tools and learning their optimal usage.

You might have heard it that "the beauty of Social Media is that it can generate engagements." Can it? How often? How much? In what circumstances? Does Inbound Marketing really works? How can it work for your organization?

At present, there are just weak and often non-existent links between social media activity and consumer behaviour.

It seems that for most people Social Media might be “really” more about awareness, not sales. Please have a look at the image attached to this article.

According to the most recent 2016 DMA Social Media Survey (https://dma.org.uk/uploads/ckeditor/Social_Data_Integration_2016.pdf), less than 10% believe that ‘they can see a return on investment using Social Media.

.
In Conclusion
Business success requires linking customer-acquisition efforts with a coherent strategy. So, make sure that you do have a clear Strategy relating to your expectations for Social Media and its ROI which as a corporate expenditure should be measured, monitored and justified. And, embrace the Customer Loyalty notion.

Sure, you should invest in Social Media, but do it wisely and consciously. And, may I kindly suggest that you -please- focus on Organic Growth?

.
Thank you,
Spiros.
.
Spiros Tsaltas is a seasoned Technology & Operations Executive and Management Consultant; he is also a former University Professor (RSM MBA, CUNY, etc). Spiros has hands-on experience on setting up all sorts of Startups both in the US and in Europe. He is an active transformational leader and strategist who has also years-long experience with Boards of Advisors and Boards of Directors. He is currently assisting a couple of Ghanaian companies with the setup of their BoDs.

Spiros Tsaltas is associated with a unique Customer Loyalty Startup: HireLoyalty (www.HireLoyalty.com) which is coming out of stealth mode in the next few months.

As a NED (Non Executive Director) Spiros is also associated with HIREghana (www.HIREgh.com) and can be hired via them.

We welcome all your comments/ remarks/ feedback at [email protected]