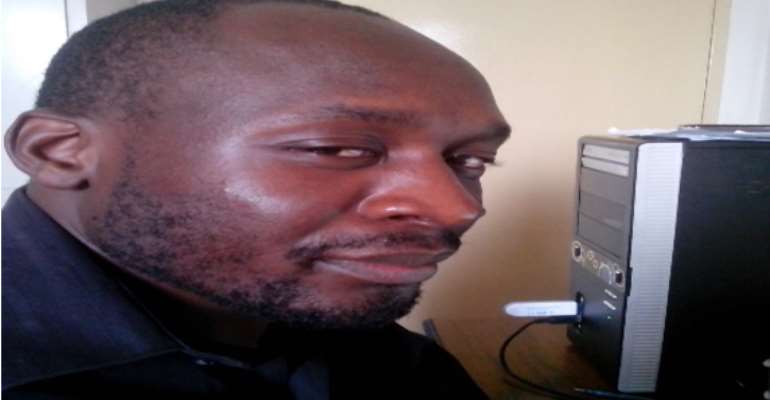 Africa’s economic reality has for a long time been oxymoronic in the sense that despite its abundant mineral resources, beautiful flora and fauna and magnificent weather conditions, its infrastructural development and the wellbeing of its citizenry has relatively been shockingly dismal.

In all this, politicians have received almost all the blame for Africa’s despicable economic status as they have been labelled corrupt, incompetent, selfish and heartless among other negative and destructive qualities.

It is however naïve and retrogressive to put all the blame on politicians and vindicate the same citizenry who subconsciously perpetuate their own demise through their reluctance or failure to think things over before taking action especially when it comes to political issues.

This is because, quite surprisingly, these negatively labelled politicians in most African countries, especially the poorest ones have an alarming number of supporters and followers who seem to be inexplicably ready to die or kill for the same people who manipulate them thus blindly surrendering their own beings to their own suffering.

As such, most importantly, we must quickly realise and accept that these politicians do not rain from the skies, germinate from the ground or emerge from the waters but are constantly fed into the political reservoir from the same population that mostly cries foul.

Having observed that, it is therefore high time that the African population as individuals and groups starts to think open-mindedly over issues that pertain to their wellbeing before making politically emotional and sentimental decisions as well as taking blind action which seem to always usher them into the ever deepening and widening socio-political and economic abyss.

The African populace must now start and continue to objectively look at issues and circumstances and relate them with the actual and probable consequences thereof to themselves and even to the future generation and then assign politicians to take action.

Thinking in essence entails the ability to observe, analyse and process data in order to make a decision in given scenario or circumstance and thus it must be exercised with due diligence in order to come up with peace enhancing and developmental activities and initiatives.

People who think do analyse and verify data, they question circumstances and societal developments and assess and weigh consequences in order for them to make sound decisions and take informed action so that they do not become reservoirs and conduits of fake and wrong information at their own expense.

Unfortunately, much of the negative economic reality of Africa is a result of manipulation of an individual or a group of individuals by their fellows who knowingly or unknowingly take advantage of other people’s ignorance which in most cases is a result of blind and wholesale consumption of information which quite often is not factual and mutually beneficial.

The question which therefore needs to be answered is why the majority of people in poor African countries do not open-mindedly think things over when making decisions and taking action on critical issues of their lives.

Generally put, the answer lies in the fact that a bigger fraction of the African people is easily abused and manipulated at their own demise because of lack of personal awareness, abuse of culture, greed and a lack of understanding of the interdependence between people and nature which resultantly determine politics, commerce and societal reality.

The above mentioned reasons makes much of the people especially the poor to be an abundant and ready resource for empowering the very enemies of their own destinies and rob the future generation of its lifeline as shall be explained below.

Culture, when under the oversight of wise and well-meaning people, it becomes a treasure room of values that enhances interpersonal interaction and societal development through a pool of do’s and don’ts which must be understood, upheld and be promoted.

Contrarily, when under the oversight of unscrupulous and or ignorant people, culture is abused to create a basis for blind allegiance which actually somehow interferes with the invention and execution of better and more efficient socio-economic solutions that promotes development.

Lack of personal awareness, as highlighted, is also another deterrent to breeding a thoughtful generation since people who do not know who they are and what they are worthy are prepared to be on the receiving side of circumstances since they always seem to surrender their reality to fate.

On the contrary, if a person really knows or have an idea of who he or she is based on his or her gifts and talents and well as where he or she sees self in the near or distant future, the person will be able to make decisions and take action that is in line with the development of those gifts and the attainment of that destiny.

In order to do this, the given individual will have to observe what people do and listen to what they say so that he/she can analyse this information to see if it will aid or damage his/her desired personality and interfere with the attainment of the set life goals.

Besides culture and lack of personal awareness that have been briefly touched on, there is also a need to understand that a lack of awareness on the interconnectedness between people and nature makes it difficult for people to think over how they behave.

As such, if you are a citizen who doesn’t care about how you treat fellow beings and nature, it means that when given an opportunity to be a politician, you will simply become a powerful ignorant citizen who makes and oversees bad law which then makes human suffering official.

Greed is also another reason why people in Africa hardly think over circumstances since selfishness blinds them from seeing the bigger picture.

In this case, the bigger picture entails analysing and assessing the impact of one’s actions on nature and fellow human beings as well as from foreseeing the reverse consequences of these actions on your own personality in the near and distant future.

As such, a mind-set shift through personal and entrepreneurship awareness and development, cultural reviews as well as nature conservation initiatives will thus help people reconsider their approaches to politics, fellow beings, the environment and societal issues in a way that creates peace and socio-economic development.

Brian Kazungu is an Author, Media Practitioner, Entrepreneur and an Opinion Leader.