There Is A New Sheriff In Town 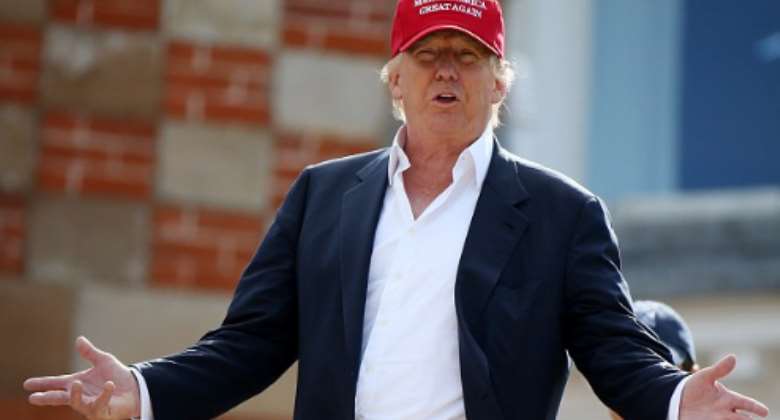 In a carefully staged event to coincide with the 105th birth anniversary of North Korea’s founder, Kim Il-sung, the secretive regime announced that it had successful tested a nuclear warhead that could be mounted onto a rocket.

North Korea’s leader Kim Jong-un in a televised address declared that the test was meant to send a strong warning to the US who repeated cautioned against the nuclear test.

"We will hold the US wholly accountable for the catastrophic consequences to be entailed by its outrageous actions. We will take the toughest actions against the provocateurs in order to defend ourselves by powerful force of arms,” Kim Jong-un threatened.

Satellite imagery after the strike indicates a huge cloud of smoke rising from the Punggye-ri nuclear test site, where the test was carried out.

The Chinese State Media has warned of an imminent war on the Korean Peninsula.

Donald Trump may not succeed in living up to the fantasy as described above, but what would your reaction be if the scenario above quickly becomes a reality as North Korea prepares to celebrate the 105th birth anniversary of its founder on Saturday.

The scenario is deliberately pessimistic, but it is firmly rooted in reality, showing how close we are to such a future.

In his first trip to South Korea, US Secretary of State, Rex Tillerson declared in reaction to North Korea’s continuous provocations “Let me be very clear, ‘the Policy of Strategic Patience has ended.””

In a blunt language, what the new US Secretary of State actually meant was that, ‘there is a new sheriff in town and the rules of engagement have also changed’ as he sought to bring an end to an era of ‘logic-driven Obama-Doctrine.’

Re-affirming the view that there’s indeed a new commander in town, The Donald ordered strikes on Syria last week; a move which was commended by many leaders worldwide.

The action in Syria was in direct contrast to the foreign policy position of the former President, who was described by then defense secretary, Leon Panetta as, “approaching things [foreign policy] like a law professor in presenting a logic of his position.”

Few personalities in the world have such controversial and polarizing views as Donald Trump. His unpredictability has been a huge asset despite it becoming the new front of assault for many of his detractors, who are usually rattled by his free-wheeling, Twitter-styled diplomacy.

Trump’s Twitter-style diplomacy has been ridiculed by many as lacking any coherent strategy; a justification of this will be a tweet during the campaign; “Did China ask us if it was OK to devalue their currency (making it hard for our companies to compete),” only to backtrack on Wednesday insisting, “they’re [China] not currency manipulators."

But Donald Trump’s book, The Art of the Deal explains exactly what his strategy of unpredictability has been all along: Ask for the outrageous so that you can obtain the reasonable. Don’t tip your hand too early.

The new sheriff may have stunned the Russians, and changed the media narrative about his bromance with Vladimir Putin after he served the Syrian Shayrat air base with 59 Tomahawk cruise missiles; but has Trump’s instinct driven- twitter diplomacy become the new order of bullying everybody into submission?

Will Trump succeed where Obama failed?
In The Donald’s own words, “You can’t con people, at least not for too long. You can create excitement, you can do wonderful promotion and get all kinds of press, and you can throw in a little hyperbole. But if you can’t deliver the goods, people will eventually catch on.”

Time is surely our best ally as we all deal with the new reality: President Donald Trump is indeed the commander-in-chief of the most powerful military in the world.

Visit his store at www.amazon.com/author/gksarpong or send him an email at [email protected]