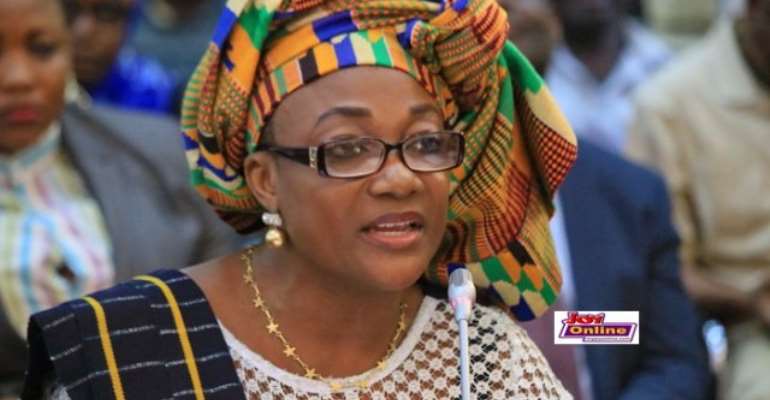 Ndoo, you might have heard the backlash Ghanaians gave Gender and Social protection minister, Miss Otiko Djaba, for her posture on rape and rape victims. This has been tormenting my mind for some days now. Following Miss Otiko's famous assertion that young girls "should stop wearing short, short skirts" to deter rapists from adding them up to the list, a lot of our supposed gender activists descended heavily on her for such a good advice. These critics, in my view are just playing on the proverbial "raising storms in a tea cup" phenomenon. Instead of talking about morality and decency as a way of reducing rape and sexual harassment in Ghana, these gender activists are rather looking at her speech from a "God knows what" perspective.

It is true that the blame of and punishment for rape must be heaped on the perpetrator of the act. However, it is equally revealing that we get to understand that some lifestyles of our teenage girls do expose them to the act of rape. This was the simple truth the Miss Otiko Djaba wanted to point out.

You have a society whose overzealous taste for fashion is fast taking over the morals, beliefs and traditions on which it was built on. You walk up the streets of Accra, Kumasi and even Tamale and all you see is "flesh" being exposed by our ladies. They wear the most sexiest skin tight, mini skirts and "show your pant" dresses that makes a man's third leg dance Agbadza in his trousers. Only God knows how we (the men) are always able to control ourselves in the face of such "dress to kill" ladies. The last time I heard Miss (or Mrs) Moon of TV3 claiming that if it is wearing short skirts that attract rapists, then the Scottish men would have been the most raped in this world. That, in my estimation, is a shallow analysis and a misinterpretation of what the minister sought to point out. Miss Moon, the mini skirts do attract even the most Godfearing man. It takes a lot of faith and a right conscience to abstain from sexually inviting dresses.

Need I remind readers that some people's Id acts more strongly than their super-ego?(Check Freud's Psychoanalytic theory for understanding) Yes, a man might never think of rape of his Id is not stimulated. But if and when is stimulated, it takes the Super-Ego to tell him that the act of rape is criminal. So we assert that ladies especially the young ones should not be doing things that call or stimulate rapists Id not to talk of we asking for any Super-Ego control. Is this appeal so more than what a minister of Gender could ask?

What we are saying is that, yes, rape is rape but is time our ladies and gender activists start appreciating some remote and immediate causes of rape.

The increase in rape cases at our law courts partly has to do with we forgetting that teaching morality and decency to rapists, victims and activists could curb this problem. The teenager must be made aware of the fact that her religion should reflect in her sense of fashion. What is fashionable should not be mistaken for what is right morally in our society. The rapist on the other hand must be made to learn that seeing an unguarded "meat" does not call for you to "chop" it. I back the assertion of the minister by looking at a case study of Arabian Peninsula and USA in terms of rape cases and sexual assaults. Whiles the latter, which claims liberalism in that women can dress any how they deem fit, the former premise the fashion of women on a hard-line Islamic code which are nonnegotiable (at least for Saudi Arabia). The world statistics on rape in 2010 revealed that USA had a rape case of 27300 in number which is more than all the rape cases combined in the Arabian peninsula. Does this ring a bell?? World statistics on rape and sexual harassment tell us that the way our ladies dress is also a factor as countries with more explicit defined dress codes for ladies and men record low cases. Let's not turn a blind eye to that.

It is for such reasons that some people go the pedestrian way by putting up rhetorics as "if you refuse to lock your door at night and a thief comes to steal, who is to blame?". This means that we should concentrate on doing things that would prevent rape in our society. We should heed to advice on our dressing as decent ladies. We should not be seen to be inviting the devil in these psychopaths to come into our " shrine". This does not mean that we are implicitly putting the responsibility on the victim but rather, we want them to guard themselves. Guard themselves in their looks, in their dressing and even in the way they get up close to would-be rapists. When all this is done, then we can begin quelling the menace of these emotional tormentors. But before then, can we just dress as good Muslims and Christians?