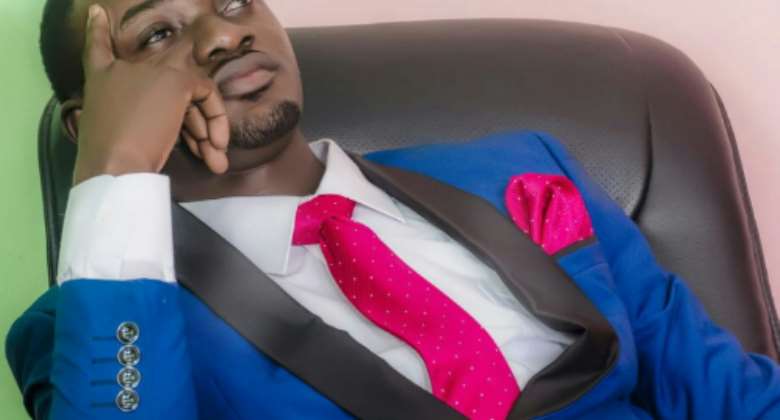 Is there any student in UCC currently who has never heard of Emma Derricks? No, I doubt. Undoubtedly, he is one of the most influential and famous student entrepreneurs in UCC.

And, of course, his remarkable reputation even transcends the boundaries of UCC. I also think he is one of the rare breed in Ghana's entrepreneurial game.

Strangely enough, some individuals in UCC believe Emma Derricks advised me to drop out of UCC to start my own business — this proves how rare he is.

In fact, I have exceeding reverence for this guy as a promising businessperson. And I am so proud to have him as a good friend.

Remember, I am a maverick, so Emma Derricks being my greatest start-up entrepreneur means he is an incredibly special gentleman.

Okay, who is Emma Derricks? Emmanuel Derricks Asare is simply a start-up entrepreneur, and a Level 400 undergraduate student of UCC.

Most people call him "Money Man," mainly because he is a teacher of wealth creation — and he does it like nobody's business.

What I admire most about Emma Derricks is: he has enough money, he utilises his money wisely to earn more, and he teaches moneymaking extraordinarily.

He is just 23 years old — and the youngest known wealth creation teacher in Ghana — but he explains wealth creation in outstanding ways. Besides, he makes use of diagrams to buttress and simplify his profound ideas.

It is important to note that, he is the organiser of the "School of Money (SOM)" conference in UCC, which is fully funded by himself through D-World International. The previous edition of SOM was a huge success, and it has now become arguably the foremost student-based conference on UCC campus.

I sincerely believe he can emerge as one of the world's greatest teachers of wealth creation such as the likes of Napoleon Hill, Dale Carnegie, Wallace D. Wattles, James Allen, Robert Collier, Joseph Murphy etc.

Moreover, let us study the business of Emma Derricks. He established D-World International as a social enterprise in 2015 with his hostel fee of GHC600 to teach people about wealth creation, entrepreneurship and business success.

They actually started by operating a popcorn machine with that capital and later focused on their core business.

Today, that GHC600 has turned into a high 5-figure amount, for they are a highly efficient, visionary and wealth-conscious organisation.

Also, D-World International presently has three main divisions which are into event organising, general marketing, and an institute.

Interestingly, D-World International, under the leadership of Emma Derricks, seeks to acquire an office complex, and to establish a TV Channel and a radio station soon.

Emma Derricks is an author, having published "Discover Yourself" and "I Create Millions."

I could not discuss the magnitude of Emma Derricks' amazing world although he has accomplished several feats so far as an entrepreneur and a change leader.

At least, I managed to touch on his daring exploits and business ingenuity.

I, therefore, assert that Emma Derricks is a model of entrepreneurial genius. His mind-blowing story can really inspire many start-up entrepreneurs too.