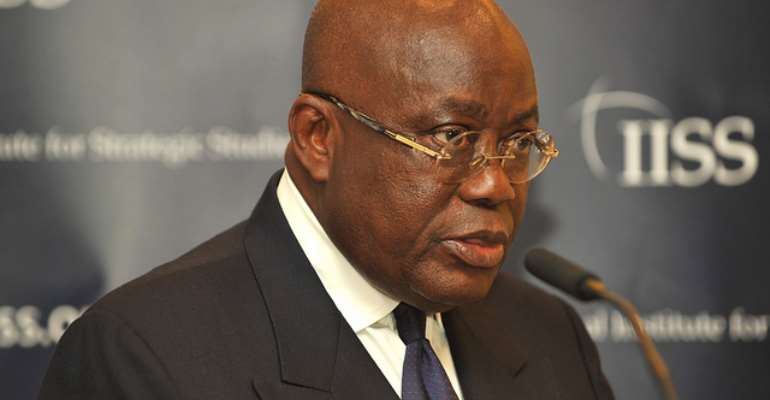 This article discusses the looming danger of mephitic mercury exposure in Ghana due to the activities in the ill-regulated artisanal or small-scale mining sector.

Apparently, the exposure to noxious mercury in Ghana remains a serious health problem, and we cannot continue to live in a denial.

Mephitic mercury use in artisanal and small-scale gold mining is extremely harmful, and its health effects on society are significantly worrying (WHO, 2017).

Approximately 15% of the world's gold is produced by artisanal and small-scale miners, many of whom use mercury and other toxic substances to extract the minerals from rivers and underneath the ground (BBC, 2013).

“Unlike some other West African countries, Ghana allows mercury use in mining. Mercury is freely available in shops and can be bought with a canister, bottle, or as a ball wrapped in a plastic cling film. Much of it has been brought in by Chinese miners.

Somehow, many years passed without no one realising that the fish were contaminated with mercury, and that it was causing a strange disease in the local community and in other districts.

At least 50 000 people were affected to some extent and more than 2000 cases of Minamata disease were identified.

“Minamata disease, also known as Chisso-Minamata disease, is a neurological syndrome caused by severe mercury poisoning. Symptoms include ataxia, numbness in the hands and feet, general muscle weakness, narrowing of the field of vision and damage to hearing and speech. In extreme cases, insanity, paralysis, coma and death follow within weeks of the onset of symptoms. A congenital form of the disease can also affect foetuses” (See: www.bu.edu/sustainability/minamata-disease ).

As part of the prevailing quagmire, mercury poisoning involves the condition instigated by exposure at an accelerated dosage which could augment fatal health effects on communities (WHO, 2017).

Interestingly, however, it has been identified that exposure to mercury could crystallise in several ways, including, inter alia, dental amalgam fillings and the consumption of contaminated sea food, and more importantly, the dangers of mercury exposure can happen in and outside of built environments. As a result, most individuals are mainly exposed to methyl mercury, an organic compound when they consume fish containing methyl mercury (Merem, Wesley, Isokpehi et al. 2016).

Key facts
“Mercury is a naturally occurring element that is found in air, water and soil.

“Exposure to mercury – even small amounts – may cause serious health problems, and is a threat to the development of the child in utero and early in life.

“Mercury may have toxic effects on the nervous, digestive and immune systems, and on lungs, kidneys, skin and eyes.

“Mercury is considered by WHO as one of the top ten chemicals or groups of chemicals of major public health concern.

“People are mainly exposed to methylmercury, an organic compound, when they eat fish and shellfish that contain the compound.

“Mercury occurs naturally in the earth's crust. It is released into the environment from volcanic activity, weathering of rocks and as a result of human activity.

“Human activity is the main cause of mercury releases, particularly coal-fired power stations, residential coal burning for heating and cooking, industrial processes, waste incinerators and as a result of mining for mercury, gold and other metals.

“Once in the environment, mercury can be transformed by bacteria into methylmercury. Methylmercury then bio accumulates (bioaccumulation occurs when an organism contains higher concentrations of the substance than the surroundings) in fish and shellfish.

“Methylmercury also biomagnifies. For example, large predatory fish are more likely to have high levels of mercury as a result of eating many smaller fish that have acquired mercury through ingestion of plankton.

“People may be exposed to mercury in any of its forms under different circumstances. However, exposure mainly occurs through consumption of fish and shellfish contaminated with methylmercury and through worker inhalation of elemental mercury vapours during industrial processes “(WHO, 2017).

Exposure to mercury
“All humans are exposed to some level of mercury. Most people are exposed to low levels of mercury, often through chronic exposure (continuous or intermittent long term contact).

“However, some people are exposed to high levels of mercury, including acute exposure (exposure occurring over a short period of time, often less than a day). An example of acute exposure would be mercury exposure due to an industrial accident.

“Exposure in the womb can result from a mother's consumption of fish and shellfish. It can adversely affect a baby's growing brain and nervous system.

“The primary health effect of methylmercury is impaired neurological development. Therefore, cognitive thinking, memory, attention, language, and fine motor and visual spatial skills may be affected in children who were exposed to methylmercury as foetuses.

“The second group is people who are regularly exposed (chronic exposure) to high levels of mercury (such as populations that rely on subsistence fishing or people who are occupationally exposed).

“Among selected subsistence fishing populations, between 1.5/1000 and 17/1000 children showed cognitive impairment (mild mental retardation) caused by the consumption of fish containing mercury. These included populations in Brazil, Canada, China, Columbia and Greenland (WHO, 2017).

The other side of mercury
Despite modern scientists identifying mercury as a hazardous environmental pollutant and one of the world's most dangerous elemental toxins, mercury was once accepted as a miraculous substance capable of eradicating internal disease, revolutionizing the paint and cosmetics industries and even entertaining the masses as part of amateur magic tricks and witch doctor scams (Swiderski, 2008 ).

“The history of mercury in popular culture began in the early eighteenth century when Dr Thomas Dover, nicknamed "Dr. Quicksilver," began prescribing doses of raw mercury to clear out intestinal blockages and rid the body of syphilis and other diseases. In the fields of dentistry and vaccination, mercury continues to be used as a preservative and amalgamative agent. In the cosmetics industry, mercury was once used as a popular "skin lightener" in soaps and skin creams.

“In the early development of obstetrics and gynaecology, mercury was once used to stimulate conception and fetal abortion” (Swiderski, 2008).

The political project
The persistent emission of mercury into the environment from human activity, the evidence of mercury in the food chain, and the demonstrable adverse effects on the health of humans are of such concern that in 2013 governments reached consensus on the Minamata Convention on Mercury (UN 2013).

Apparently, the Minamata Convention obligates Parties to the Convention to take a number of pragmatic actions, including addressing mercury emissions to air and to do away with certain mercury-containing products.

In January 2013, the intergovernmental negotiating committee closed its fifth session by reaching a consensus on the draft of the Minamata Convention on Mercury.

Subsequently, the document was adopted by the Conference of Plenipotentiaries on 10 October 2013 in Japan and was opened for signature from then on.

Gratifyingly, the objective of the Convention is to protect human health and the environment from anthropogenic emissions and releases of mercury and mercury compounds and it sets out a range of measures to meet that objective.

These include measures to control the supply and trade of mercury, including setting limitations on certain specific sources of mercury such as primary mining, and to control mercury-added products and manufacturing processes in which mercury or mercury compounds are used, as well as artisanal and small scale gold mining.

The Minamata Convention also addresses interim storage of mercury and its disposal once it becomes waste, sites contaminated by mercury as well as health issues (UN 2013).

Ghana’s position on Minamata Convention
It is important to note that human rights treaties and conventions require signatures and ratifications once they are adopted in the UN General Assembly by a required number of states before the detailed provisions can come into force (Wotipka and Tsutsui 2008).

On 24th September 2014, Ghana signed the Minamata Convention, albeit the all-important ratification has been put on hold.

It is worth emphasising that multilateral treaties or conventions would normally require an initial signature with the expectation that a potential state party would prepare for ratification, acceptance or approval (UN 1969).

In effect, a mere signing of a treaty or convention does not carry legal obligations. Nevertheless, signature represents the State’s position to undertake measures to express its consent to be bound by the treaty at a later date (UN 1969).

More significantly, Ratification, acceptance, approval and accession mean in each case a State affirms its consent to be bound by a treaty (UN 1969).

In concluding, we will kindly plead with President Akufo-Addo to study the practical details of the expedient Minamata Convention on Mercury and take steps towards its ratification, with a view to combating the apparent menace of mephitic mercury pollution in Ghana.

Swiderski, R. M. (2008), Quicksilver: A History of the Use, Lore and Effects of Mercury: McFarland.