The Horror of Being a Ga-Dangme 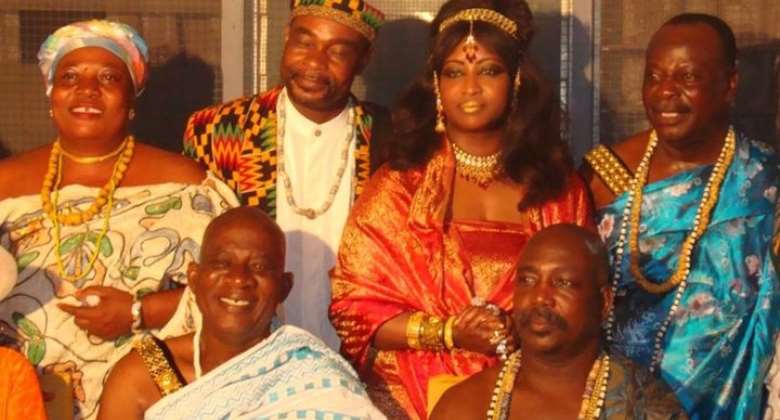 I am only being a concerned Ga-Dangme citizen and not just a passer-by or a spectator. The craze of Ga-Dangme genes runs through me like “Gugumi”

It’s very sad sometimes discussing Ga-Dangme issues. It is rather pathetic to see committed Ga-Dangmes who have laid down their lives to fight for Ga-Dangme issues are being targeted and blackmailed. The GaDangme Concerned Youth Group under the leadership of Nii Ayaafio Tetteh (I) gave a strong warning to the President Nana Addo Danquah Akuffo Addo to elect only Ga-Dangmes as MMDCEs to manage their various District Assemblies in the Greater Accra Region.

My question is that: is this something too much for the President to do? I have followed the media and listened to other comments from diverse angles concerning this. Whilst other tribes are against this, other people consider this as Tribalism. I think it is in the right direction. You see I have been a serious advocate of Dangme issues and the truth is that competent people of Ga-Dangme origin can manage this portfolio. You see, Ga-Dangmes are people who are naturally silent and we have been silence for far too long in the National stage.

GaDangmes have serious issues that need to be addressed and this must be addressed by competent GaDangmes who have passion for their land. People who are willing to change or transform the image of Ga-Dangmes. The entire Ga-Dangme lands are tourist destinations that could be developed and marketed to generate more revenues and provide job opportunities to the youth in this country.

Our Chieftaincy institutions need strengthening et al. You see someone who knows the terrain very well and knows the need of the people with passion. Passion is the foundation for development. Without Passion there is no development.

Ga-Dangmes must rise up and this is the time for us to speak and unite to achieve our aims. Without unity it will be difficult to deal or fight for what we want in this country. There is a saying that a single Bee is ignored. But when millions come together, even the bravest run in fear. The One thing the government fears is the day we stand together. This Press conference has awakened the system to champion Ga-Dangme issues and I must use this opportunity to congratulate Nii Ayaafio Tetteh (1) for his bravest campaign he has stated.

The GaDangme Concerned Youth Group have a case to fight for whatever belongs to them and this fight will rather benefits the NPP as in 2018, MMDCE’s are going to be elected. So supposedly you elect a non Ga-Dangme there is high propensity that he is going to be rejected by the people.

The NPP has won back more seats in the Ga-Dangme land now and it prudent to maintain this come 2020 and beyond. So anything that will go contrary to this the NPP will be in great Danger. The President should listen to the plight of the People. They want Ga-Dangmes as MMDCEs at the local government sector and not as MPs as it is a cosmopolitan area.