A Response: Why Are Black People Obsessed With The Bible That Was Used To Enslave Them? 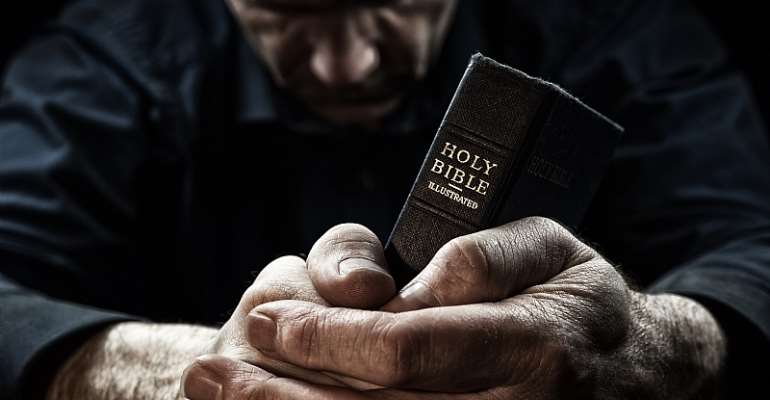 For centuries, the Bible has come under sustained attacks from all angles: atheists, agnostics, skeptics, and pseudo-Christians, and yet, the Bible remains a solid and formidable anvil that bends all hammers of criticism. Yesterday, I read a journalistic article, published by Modernghana, under the above heading by Jean Gasho that sought to indict Africans for holding committedly to a book that supposedly was used to enslave them. Indeed, pro-slavery campaigners developed a kind of hermeneutics that was appropriated to support and rationalise the enslavement of Africans. It must be stated that slavery/servitude has existed in virtually all known human societies. The logic of slavery was anchored in the fact that civilisation/development always came at a cost. Someone must always pay the cost of development. And so, in ancient times, as well as our modern world, some individuals are reduced to servitude status to bring about development and progress.

This explains why some of us are convinced that slavery was theoretically abolished, but the practice continues to the contemporary world. The contemporary manifestation and persistence of slavery – forced labour, forced marriage, prostitution, human trafficking, female circumcision, honour killing, killing for human organs, and pornography – in the 21st Century world breaths life into the debate over the appropriate definition of slavery. Susanne Miers in her article, Slavery: A Definition, has ably demonstrated the futility in attempts in scholarship to provide a universally acceptable definition for slavery. Thus, to be fare to the nature of slavery in the Biblical times, I use the word servitude, which I am convinced conveys the exact meaning and cultural manifestation of the institution at the time.

My response to Gasho is markedly influenced by my knowledge of the Bible. I make recourse to the Bible to respond to Gasho for three reasons: First, the Bible is the standard bar against which all practices and beliefs must be measured. In other words, the Bible is the judgment bar for the evaluation of moral values. Second, the Bible provides a clear understanding of how Christians should relate with others, especially in the area of economic relation. Thirdly, the Bible provides us with an accurate account, as against speculations, of how the patriarchs related with their servants. Having said that, I must say that throughout the ages, some individuals have twisted the Bible to support their anti-biblical practices. A classical example is how the Dutch Reformed Church wrongly deployed the Bible to support the apartheid system in South Africa. This situation, however, does not mean that the Bible condones racism. It also does not mean that the Bible undermines justice. In fact, for centuries, the Bible had and continues to provide inspiration to human rights activists across the globe. Most crusaders against injustice and inhuman treatment in our world have had the Bible as their source of inspiration.

The major issue that occupies the minds of many thinkers is whether the Bible condones slavery. It must be unequivocally stated that the Bible is roundly against slavery. The Bible categorically condemns slavery since the epiphenomenon of the institution is such that it contravenes justice and undermines human dignity. In fact, the Bible refers to slavery as criminal and subversion of God’s rule concerning inter-personal relationship. Here, I will make reference to two biblical texts that support my assertion. The first is Exodus 21:16, and the second is I Timothy 1:8-10. In Exodus 21:16, we read that: “Anyone who kidnaps another and either sells him or still has him when he is caught must be put to death.” In I Timothy 1:8-10, we read: “We know that the law is good if one uses it properly. We also know that law is made not for the righteous but for lawbreakers and rebels, the ungodly and sinful, the unholy and irreligious: for those who kill their fathers or mothers, for murderers, for adulterers and perverts, for slave traders and liars and perjurers – and for whatever else is contrary to the sound doctrine” (Emphasis mine).

From the above texts, it is obvious that the Bible considers slavery as criminal, beastly and inhuman endeavour that God frowns on. The Bible’s uncompromising disposition towards slavery stems from the fact that the ancient Israelites had their liberation from slavery in Egypt as a lasting memorial that is engrained in their memory. In fact, the freedom the Israelites got from Egypt was emblematic of how God disapproves of slavery.

The Hebrew word used for slavery is more of a servant, which was an expression of pre-modern slavery than modern slavery that the Muslims-Arabs and Europeans introduced in Africa. In view of that, I would hereby provide some of the distinctive features of pre-modern servitude in ancient Israel. My conviction is that that approach would help clarify the haziness, nebulousness and misunderstanding of the Bible’s conceptualization of servitude. For the purposes of space, I would provide the following features of pre-modern servitude in ancient Israel:

The above characteristics of pre-modern servitude in ancient Israel denote the understanding that servants in ancient Israel did not suffer social death, to use the expression of Orlando Patterson. In other words, servants were not depersonalized or deculturalised. They were part and parcel of the host society. They were entitled to all the basic rights accorded to a ‘free’ person. A servant could not be sold as an object. There was no attempt to commodify a servant. These characteristics run contrary to modern slavery, where a slave is reduced to a commodity that could be bought and sold. In fact, pre-modern servitude in ancient Israel could be related to pre-Arab/European slavery in Africa, as Paul Lovejoy, Igor Kopytoff, and Frederick Cooper have demonstrated in their insightful article, Indigenous African Slavery. Indeed, the Arabs and Europeans introduced a type of slavery that explicitly contravenes God’s rules governing servitude in ancient Israel.

Let me conclude by making reference to a popular text that anti-Bible writers, including Jean Gasho, use in making God complicit of slavery. The text is Colossians 4:22, which reads: “Bondservants, obey in everything those who are your earthly masters, not by way of eye-service, as people-pleasers, but with sincerity of heart, fearing and Lord.” What these anti-Bible writers do is that they pick and choose, which text appears to favour their stance. They usually do not add the first verse of the next chapter (chapter 4), which reads, “Masters, treat your bondservants justly and fairly, knowing that you also have a Master in heaven. If the master of the bondservant were to obey the instruction in Colossians, servitude would definitely not be discussed.