Peter Suaka Writes: Article 71 Is Cancerous And Must Be Repealed! 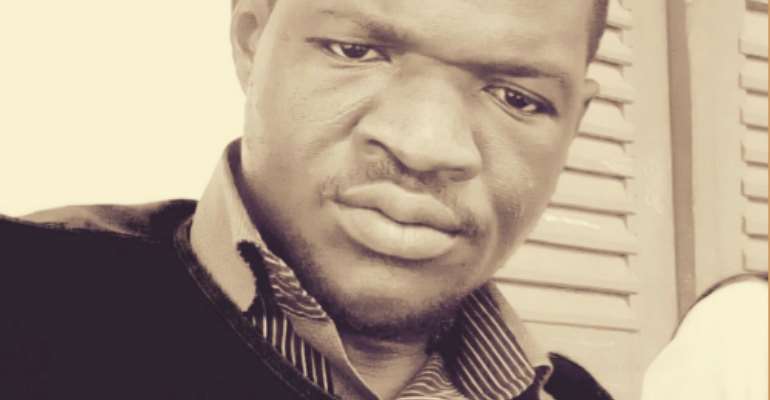 I haven’t lived so long and haven’t learnt so much to be able to diagnose Ghana of all of its problems, but I can tell for sure that one major problem facing Ghana today is the animal call article 71. This article has virtually made governance and politics in Ghana goldmine for the few.

The surest way of maintaining the current lack of patriotism and apathy amongst many Ghanaian workers leading to low productivity and the attitude of “US” (ordinary citizens) versus “THEM” (political class) is to maintain and uphold the spirit and content of article 71 of the 1992 constitution. This article forms the basis for the inequality, dishonesty and thievery that is been perpetrated against the ordinary Ghanaian by the ruling political class. It also forms the basis for the corruption, the mayhem and the deadly obsession of all sorts of miscreants struggling to enter the political class at all cost. I know the head of Judiciary and Legislature are not necessarily politicians but we also know the loudest mouth in this business of article 71 is the executive.

In 2013, public sector workers including teachers in particular were greeted with the bad news of non increment in salaries due to poor performance of the economy as if they were the cause of that poor performance. The normal Ghanaian worker and law abiding as usual accepted and swallowed the bitter pill. Beyond the stagnated salaries in 2013 till date, we have been slapped with all forms of taxes both direct and indirect on almost everything including necessities of life.

In all these, our executive president who superintend over the purportedly poor performing economy for which reason workers have been denied salary increment is exempted from paying tax per the article 71 of the 1992 Constitution. Isn’t this funny? How can such a person feel our pain of been taxed to the bone? How can Me, who earn far less than two thousand Ghana cedes as a teacher pay a direct tax of more than ghc200 whiles the president who earn over ten times my salary, pay no tax? I mean this is absolute nonsense; it is a systemic irregularity and must be corrected.

How can anybody living in this kind of systemic dishonesty and deviousness be prepared to sacrifice? Sacrifice for what? If I will gain anything from the state by paying tax on my meager salary, what will the president loose by paying tax on his fat salary? What kind of example is being set by the president’s failure to pay tax as the first gentleman of the land? What happens to the cliché that says leadership by example? Why is it that what is good for the goose is not good for the gander?

Now we are told that there is an annual increment of 10% from 2013 to 2017 for the political class listed under the Article 71 of the 1992 constitution. This means that the president who takes home a non-taxable salary of GHC15, 972 has now been pegged at new 2016 salary of GHC22, 809 which translate into a 42.8% pay rise from 2013 till date. The legislative head as well as the head of judiciary are also taken a ridiculous amount of over GHC17, 000 each, and the payment is taken a retroactive effect from 2013 to 2017 with the explanation that the economy is robust enough to accommodate that payment and this apply to Ministers and Members of Parliament too. Remember the ordinary Ghanaian public sector worker has been promised just a paltry 10% rise starting January 2017. No even three months back pay this time!

Remember the errant tweet from the American embassy which sought to question the sacrifice our president and his appointees make for Ghana and the controversy it generated following the president and his appointees pay cut in 2013? Can we say the American embassy is been vindicated now? You cut your pay by 10% from 2013 – 2016, increase your pay by 10% in 2016 and pay yourself retroactively from 2013 to 2017 in an economy where children sit under trees to learn and others lay pastorate on their bellies to write. How do you call this?? God is watching!!

My problem with President Mahama in particular is his display of double standards on this article 71 saga when it generated debate in 2014 till date. In 2015, I authored an article titled, “Mahama is not populist on article 71” as featured in the link bellow https://www.modernghana.com/news/618413/peter-suaka-writes-mahama-is-not-populist-on-article-71.html in support of his call on organize labor at the time to support the repeal of this article 71. In this article I authored, I chastised the opposition NPP for attributing Mahama’s stands on article 71 at the time to populism when he demonstrated interest in repealing it due to the ridiculous recommendations from the Chenery Hesse committee as was constituted by the Kufour administration at the verge of NPP’s exit in 2008. The question now to Mr. President is what has changed? Why the U-turn this time?

One thing is clear. The Ghanaian politician does not have the interest of the ordinary person at heart. They are greedy and selfish and will always deploy the weaknesses of our constitution to their selfish interest.

I therefore call on the civil society as well as the few independently thinking lawyers; Ace Anan Ankoma of Occupy Ghana, Kofi Bentil of citizen Ghana, Kofi Abotsi of GIMPA law school, Samson Laadi Anyenini of the Multimedia group and any other well meaning Ghanaian who can do something about this animal call article 71 to immediately initiate the process to repeal this law in the interest of the ordinary Ghanaian to disarm the dishonest politician.