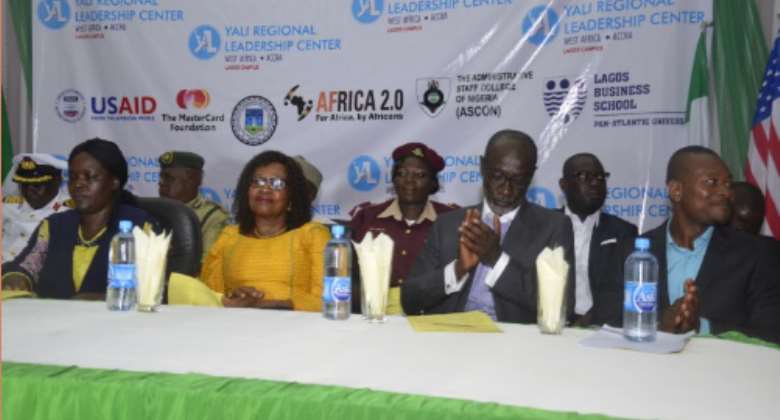 The ancient town of Badagry in the City of Lagos was set; there were rumours around town that the visitors were coming.

From the 16th day of September, 2016, about 150 young men and women from seven West African countries commenced a journey, a journey that was set for only one destination-the Administration Staff College of Nigeria, ASCON. The whispers in the town had finally became Voices of enchantment; “They have arrived, they have arrived!!!”

As the buses drove into the ASCON compound, the YALI West Africa participants could not conceal their excitement, like butterflies in the belly of a lover...There was a huge sigh of relief as the words poured out; “We don finally arrive!”

The Opening Dinner was one that will forever remain in the hearts of many; from the beautifully and traditionally dressed participants to the pleasantly decorated hall; the pomp was gracious even as the buffet soothed the soul. From the “Jollof rice debate” amongst the countries through to the dance competition and spoken word by the participants, the night was filled with laughter, joy and a solemn reminder that there was a great challenge ahead of us all. The night ended with cultural music and dance which provided the roller-coaster needed to go into a night of dreams- dreams of the hope for change, dreams of the realisation that the young men and women in Africa must forge the change urgently needed across the continent, dreams that even amidst our diversity, our strongest ally should be the bond and unity that exists.

Monday, 19th of September, 2016 was the official opening ceremony of the YALI Nigeria Pioneering Cohort. The Acting Director-General of the Administration Staff College of Nigeria (ASCON), Mrs C.U Gayya did an exposition on the role YALI continues to play in raising young African leaders. She expressed her delight in the insightful objective behind the YALI programme and ASCON’s critical role in hosting the maiden Nigerian edition.

Obama’s YALI initiative has trained thousands of Africans since its inception and as the YALI training progresses, African youth are beginning to reposition themselves to take on the baton of leadership and responsibility. Africa Arise! Hope is here!!