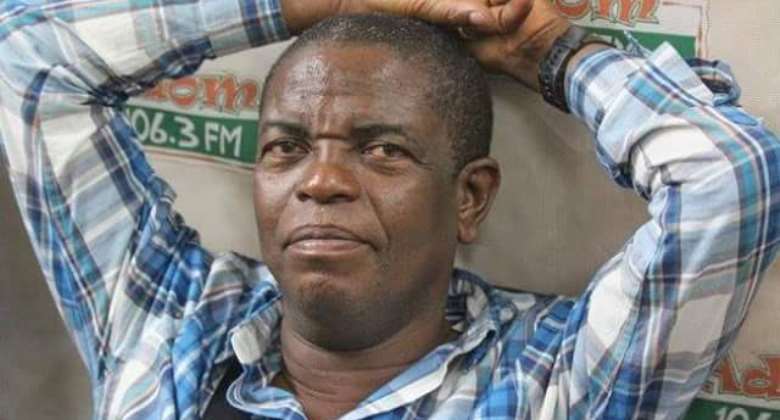 Building a nation is a task that transcends individual interests or selfish desires of a group of indivisuals.A nation of nearly 30million people will surely be populated by people with divergent views/opinions, based on personal interests which are often driven, not by spirit of patriotism, but pure self-seeking agendas.to such people, even when the facts pertaining to a given issues are manifestly staring them in the face, they will move heaven and earth to create for themselves, a narrow window of escape so that their warped logics would persist in their confined environment.

Every government in Ghana history, including that of Osagyefo Dr Kwame Nkrumah, came into being because according to kwesi Pratt, he, was associated with the struggle to make it happen. From various accounts given by Kwesi, he has been on excellent terms with every leader Ghana has had, at inception, but has always ended the cozy relationship on a sour note, due to some reasons which are still mysterious to ordinary beings like us.

I have listened to Kwesi, on a number of occasions, where he has narrated how he deeply involved efforts to halt the 1966 coup, as a 6year-old toddler, by walking from Accra central, all the way to the flagstaff house where he claimed to have personally witnessed mutinous soldiers firing nuclear weapons into those residential apartment blocks opposite the flagstaff house. He gives account of how fridges and coal-pots of occupants of those flats were flying in the air, at the impact of those nuclear missiles being unleashed on those block of flats.

He again gives accounts of his maneuverings to dethrone the military junta that overthrew Osagyefo. He opposed the Busia government, opposed Acheampong, opposed Afrifa, opposed June 4th, opposed 31st December, 1981 and opposed Rawlings till the year 2000. He pitched camp with Kufuor at the inception of the NPP administration in January, 2001, and was a daily visitor at the dining table at the castle where he enjoyed 10-course sumptuous meals.

But somewhere along the line, something happened, and as usual, kwesi fell out with Kufour and became the darling boy of Rawlings, whom he [Kwesi] had taken to the slaughter house, not long ago. He undertook regular visits to Rawlings’ house where he enjoyed sumptuous meals. During those visitis,Kwesi would engage Rawlings in long chats about how he[Rawlings] was being mistreated by the Kufuor government, which would then publish in his then ‘Weekly Insight’, and follow it up with further blistering tirades on radio Gold’s ‘alhaji-alhaji’ on Saturdays.

Those were the days kwesi would sit in the studios of Radio Gold, propound easy solutions to every problem Ghana faced, and describe the Kufuor government as visionless. He came up with the mantra of PARADIGMN SHIFT which Ghana has to adopt in order to get out of all our socioeconomic woes. Those were the days he shouted economic miracles of outposts of Marxist enclaves like Cuba and North Korea.

The Caracas fiasco
Hugo Chavez of Venezuela was Kwesi’s shining star in the area of good governance because “one can fill the tank of his/her car at the cost of a paltry $1”.but what kwesi forgot to consider is that fact that, in governance, windfall in revenue from a country’s resource, at any point in time, is supposed to be invested in other critical areas of the economy to generate a chain of benefits amongst the citizenry. The policy of just dishing out cash form oil proceeds to the citizens was the most visionless move a leader could pursue, yet, Kwesi was always hailing this a great model.

Today, this windfall from oil proceeds has ceased due to slum in oil prices on the international market, and Venezuela has now become a total economic fiasco. Venezuelans now are facing the worst economic crisis in living-memory. Shelves in shops are empty, and few available items are being chased by millions.

What Venezuelans now do in order to get basic items like toilet paper, canned foods and basic medicines is to cross into Columbia, when the borders are periodically opened. For example, the first time Columbia opened its borders to allow Venezuelans to go shopping, over 35,000 people poured in to purchase basic items. When the border was opened the second time, over 75,000 Venezuelans poured in.And when this started happening in Venezuela, kwesi no longer touts the miracle of Caracas in his arguments.

Otekpolu black cement
Kwesi fully supported the shadowy STX deal which had no Ghanaian component,inspite of the fact that he has, over the nyears,touted the limitless deposits of natural black cement at Otekpolu in the eastern region Ghana.Persistently,Kwesi derided the Kufuor administration for not exploiting that natural deposit of black cement to solve our country’s huge housing deficit, but NDC,which he vociferously campaigned for, and continues to defend in every aspect, has been in power for the past 8years without a sign of heeding to Kwesi’s advise.

Aburi rain water miracle
Then comes the issue of campaign policies being outlined by the standard-bearer of the NPP,Nana Addo Dankwa Akufo-Addo, vis-à-vis provision of irrigation dams in all villages of northern Ghana.Now,to the best of my knowledge, after completing journalism sometime in the early 70s,he has never had any academic pursuit,yet,he is on either radio or TV, seven days of the week,proferring solutions to every national problem spanning archeology to zoology, and condemning divergent cogent facts others put across. Kwesi is an expert in agriculture, horticulture, hydrology, epidemiology, entomology, economics, finance and so on.

In the view of Kwesi Pratt, the concept of one-village-one-dam cannot be actualized because it is not everywhere in Ghana that water can be found. But he forgets that wherever there is human existence, there is water. And rather ironically, Kwesi has always touting the amazing rain-water harvesting acumen of his friend in Aburi who has,single-handedly,stored so much volumes of rain water that he can supply the entire Akuapem Ridge with portable water till eternity. So in the thinking of Kwesi, an individual can harvest rain water in such huge volumes but a government that is determined to cut waste and invest in critical areas of the economy, cannot be trusted to either harvest same rain water or dig bore-holes and store it for irrigation purposes.

The toothpick factory
Kwesi also lambasted the Kufuor government and described it as operating a neo-colonialist economy by sitting aloof for everything under the sun to be imported, which killed local industries and propped-up those of what he terms as “THE METROPOLIS”.

His constant point of reference for that sad state of affairs were the imports of toothpicks. He described Kufuor’s leadership as being totally bereft of ideas to govern,because,to manufacture ordinary item as toothpick, the only tool one needs is ‘Okapi knife’ and a bamboo trees. He said ‘Okapi knife’ was not expensive and could even be locally manufactured by our blacksmiths, while bamboos grow in every corner of our country, and therefore readily available.However,ndc which kwesi vociferously campaigned for to take over from the NPP,has been in power for the past 8years,yet,he has failed to impress upon them to send our teaming unemployed youth, most of whom are ironically NDC followers, provide them with ‘Okapi-knives’ and unleash them into these naturally mushrooming bamboo forests to produce toothpicks.

Flip-flopping for Atta-Mills
Then came Atta-Mills, and instantaneously, Kwesi switched camp and started landing verbal blows on Rawlings while showering praises on the former. The cozy relationship with Atta-Mills continued till the man met his untimely demise, and even calls to investigate the cause of his death was met with blistering vituperations from Kwesi. John Mahama then became the new-found-love, and every sinew in his body is currently being stretched to protect him [Mahama], in the glaring face of the facts/figures to the contrary.

I happened to be at the police CID headquarters, on the morning of 16th April 20, 2012, in company of other NPP party officials to see Lawyer Yaw Boaben Asamoa who had been hijacked by personnel from state security the previous night, around Coconut Groove Hotel near immigration office at ridge, when I was prompted by one of party people to listen to Kwesi Pratt on Peace-FM's 'kokrookoo' programme so I quickly tune-in on my phone and I thought Kwesi had been possessed by 'tigare' deity.