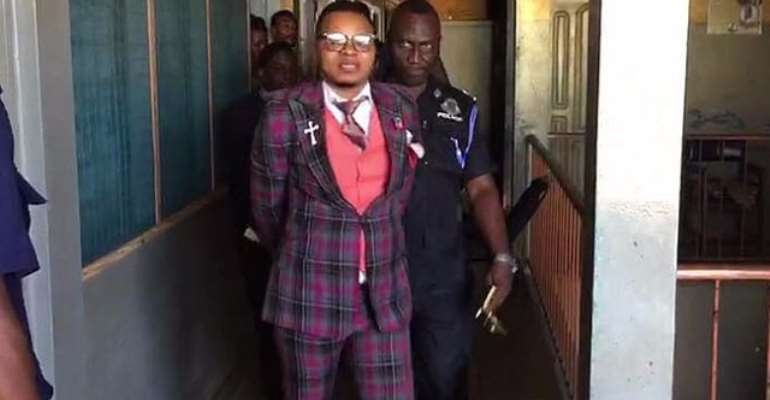 The arrest of controversial Ghanaian pastor Bishop Daniel Obinim by the police for allegedly defrauding someone to the tune of GH¢11.6 million Tuesday has angered his followers.

Numbering over a hundred, the members of the God’s Way International Church have vowed to sleep at the Nima Police Station where he has been detained. Earlier in the day he was moved from the Tema Regional Police Command to the CID Headquarters.

Even though the police have denied the request of the followers, Joy News can confirme the number is growing by the minute.

“Almost every single follower is placing a call to another follower,” Joy News’ Latif Iddrisu reported after visiting the police station. “The numbers will grow by tomorrow morning,” he said.

Bishop Obinim has made headlines when he flogged two church members whom he described as his children for allegedly fornicating and attempting an abortion.

Public pressure was mounted on the police to arrest him for abuse and disrespecting the rights of the twom whom the Bishop said are his adopted children.

There is a law suit hanging about his neck filed by two private legal practitioners and a private Ghanaian over his action.

One of the petitioners, Irene Aborchie, described the action of the Bishop as unfortunate.

She said the man of God violated the criminal offences Act (Act 29) and the Domestic Violence Act when he publicly flogged two members of his church.

He refused to honour police invitation and in a surprise development Bishop Obinim was arrested by the police alongside some of his junior pastors by the police for an alleged fraud when he turned himself in.