Is It The Beginning Of The End For Robert Mugabe? 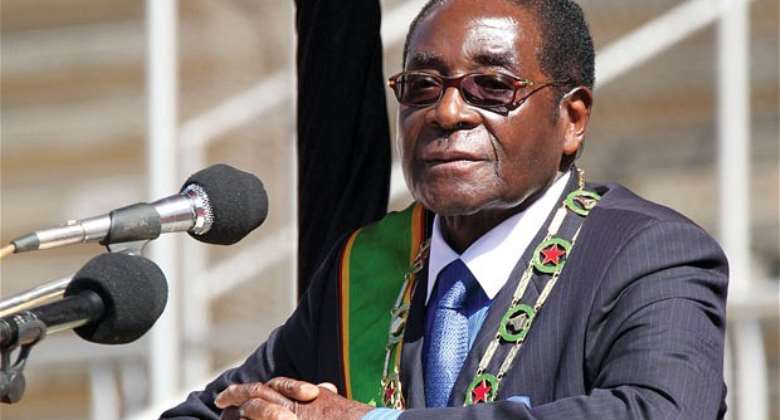 Few days after some of President Mugabe’s staunchest allies — the war veterans decided to withdraw their support for their longest serving President in a letter that was first published by the Associated Press, President Mugabe has responded with a scathing rebuke of the dissenting voices as he addressed his party loyalists during a ZANU- PF rally last Wednesday.

In the statement issued last week, the war veterans criticized Robert Mugabe for presiding over unbridled corruption in Zimbabwe.

“This rot needs to be uprooted, and right now," it read. "Mugabe's leadership has presided over unbridled corruption and downright mismanagement of the economy, leading to national economic ruin for which the effects are now felt throughout the land," the statement read.

In a show of defiance last Wednesday, President Mugabe blamed the West for trying to divide his people as he threatened to deal with the "dissidents." The president also called for a change in leadership of the Veterans Association.

“We have ordered an investigation to identify authors of the statement…The punishment will be severe,” he said to thousands who were gathered at the ruling ZANU- PF party’s headquarters in the capital, Harare.

Meanwhile, Zimbabwe National Liberation War Veterans' Association (ZNLWVA) spokesperson Douglas Mahiya has stated that the ex-liberation fighters were going to meet to discuss how to respond to Mugabe’s threats.

Political scientist, Eldred Masunungure of University of Zimbabwe has expressed worry over Mugabe’s insistence to hold on to power arguing that, “the succession war is driving towards a tipping point.”

“The veterans’ criticism has unsettled Mugabe. This is a result of his failure to hand over power. The succession war is driving towards a tipping point,” Masunungure argued.

There have been massive protests in Zimbabwe in the recent past. A recent protest organized by Pastor Evan Mawarire, saw the streets deserted, shops shut and businesses closed in the capital, Harare, the southern city of Bulawayo and elsewhere-the most widespread demonstrations of dissent in Zimbabwe for many years.

Also commenting on the recent developments in Zimbabwe, Ibbo Mandaza, a leading academic and political commentator in Zimbabwe said, “Clearly there is a coincidence or intersection of national grievances across board, economic and political. We are in a new phase of politics.”

Is this an indication of the beginning of the end for Africa’s longest serving president? What will be next for Zimbabwe and President Mugabe?

Time is surely our best ally as we attempt to understand events currently ongoing in Zimbabwe.