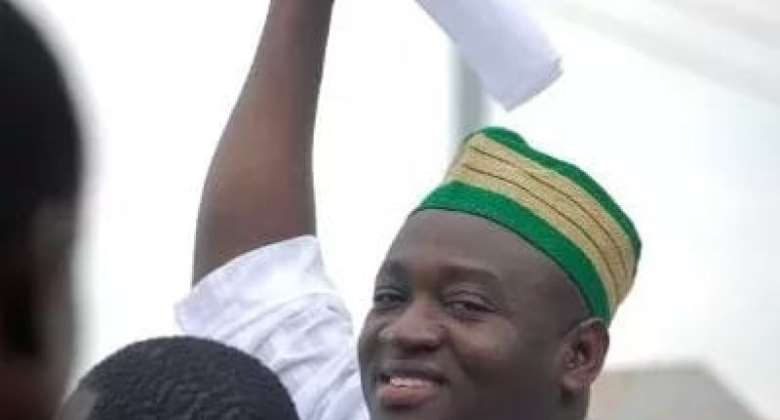 Dear Suhuyini,
How are you and the family?
Your address yesterday to students of the Northern School of Business (NOBISCO) was deeply tribalistic, regrettable and appalling. As a young parliamentary candidate, it was expected that you would have been key in promoting peace, unity, stability and development to your people. You rather decided to embarrassingly veer off the decency road and choose to engage in cheap tribal politics when you got the opportunity to preach peace and unity to your own people.

I got disappointed with you hugely after listening to the audio. Why should Northerners vote for Northerner John Mahama who has been performing underwhelmingly in terms of service to the North? The debates must start now. You needed to tell the students what their brother has done to SADA alone.

You needed to tell them that even though, their brother is receiving total care from the state he still went ahead and accepted a FordEx gift from a contractor who had business interest in the country. Are you aware the very students you were talking to have not received their feeding grants yet under Northern brother Mahama? Have you told them how under their brother huge sums of money got into rearing ghost guinea fowls and also went into cutting down trees and planting same? And are you aware of what happened at GYEEDA which is now YEA? Are you aware Suhuyini, that the NOBISCO students got hit by the floods which was the reason you went there because their brother President Mahama has been unable to construct drains to contain the overflowing water? Let's unite our people. Let's serve as politicians who can unite them and not the highly divisive politicians Suhuyini.

I suggest you concentrate more on what you have done , what you are doing and what you will do when elected as MP. It will be better for you. As a journalist, it was unpardonable that you lied about who petitioned against the suspension of Paul Afoko. Karbo and elder C.K. Tedam were not the petitioners. How did you get this wrong Suhuyini?

Is this what Suhuyini is referring to as the NPP not liking Northerners? Can it also be said by the yard stick of Suhuyini that his party the NDC hates Muslims and for that matter has consistently over the years failed to make a Muslim a Vice President in the party of which he is a PC ? The NDC is full of characters who have been insulting Muslims.

What have you ever said about Fifii Kwettei who once said publicly that- a Muslim can NEVER be President of Ghana? What did you say about your Eastern Regional Minister who only recently insulted all Muslims in the NPP? Are you not a Muslim Suhuyini? Or you love politics more than your religion? Avoiding controversies in politics is positive. Be in politics to unite but not to disunite. Posterity will judge us if we use the small opportunity we have now in life to disunite rather than unit our who are obviously vulnerable.

Do have a nice day Suhuyini as you ponder over the above. I am ready for debate with you on the above on any network of your choice.