Koku Anyidohu Must Be Summoned Before The Supreme Court 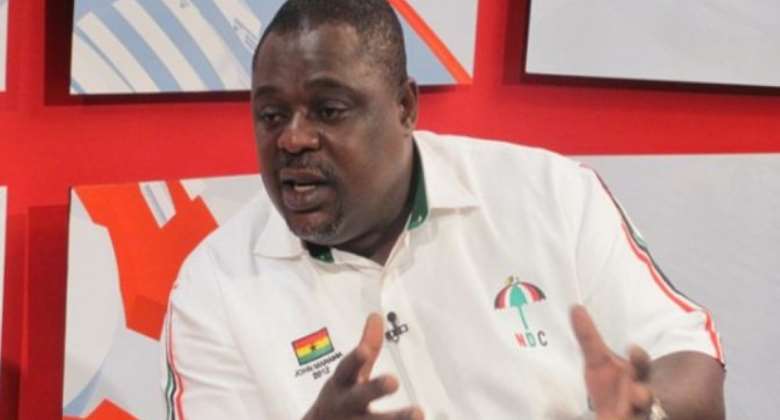 Shortly after the Supreme Court directed the Electoral Commission of Ghana to submit to it a comprehensive list of all those who registered as voters in Ghana by using the NHIS cards, by the 29thJune, 2016, A deputy general secretary of the NDC, Koku Anyidohu was in the media exhibiting what can at best be described as high buffoonery about the directive from the apex Court of Ghana.

He felt the Supreme Court in exercising its authority in directing the recalcitrant Electoral Commission to submit the list of NHIS registrants to it was an interference in the work of the EC by the Supreme Court. He went ahead to tell the Supreme Court to take over the conduct of election 2016, if it felt the EC of Ghana was inefficient to conduct the polls.

Koku Anyidohu must be told that he is not the only most intoxicated character in Ghana. He can't impose his somersaulted thoughts on Ghanaians.

He must also be told that the well rehearsed strategy of his underwhelming NDC party to assault legitimate institutions in Ghana in the execution of their jobs just to intimidate them is dead on arrival.

How can the Supreme Court have the authority to affirm President Mahama as President but can not order the EC to submit to it a comprehensive list of names that the Commission said publicly that they have?

The Supreme Court in my view must invite the deputy general secretary of the NDC- Koku Anyidohu to appear before it to explain how the Supreme Court has erred in ordering for the NHIS list or how the SC was interfering with the work of the EC of Ghana,?

The SC must do this to send a strong signal to some confused politicians who are of the erroneous believe that they can make loose talks and go away with it to come to their senses.

The EC of Ghana must also come out of its utopian World. The kind of power and Independence that the commission thinks it has is either superfluous, imaginary or both.

The current electoral tension in Ghana is the making of the EC, the Commission is behaving as if it is a political party with Charlotte Osei as its Presidential Candidate. If a referee should decide to wear a jersey in a crucial match what will be the action and reaction of the spectators?

The peace or instability of Ghana before, during and after the elections of this year will be the work of the Electoral Commission.

A word to the wise is enough.
Akilu Sayibu
Tamale North