The ‘Hillary’ Africa Will Never Forget 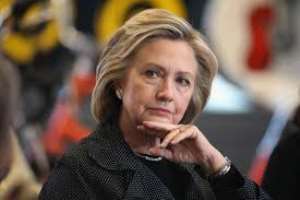 It was a day of great pain for the Pan-Africa. The ‘vultures’ had triumphed and the ‘liberators’ were ecstatic. The benevolent dictator had fallen and the fall was indeed thunderous. The alien bombers were once again successful. Years earlier, their victory was publicly declared by the man nicknamed, “Liberator of Baghdad.” In his famed speech after the invasion of Iraq on 1st May, 2003, nothing was as striking as the big banner that hung at the background with the bold inscription, "Mission Accomplished." But was it really ‘mission accomplished’ or was it the beginning of a long nightmare?

Ten years later, we have a similar narrative under a very different setting. This time, victory was to be unofficially declared by another ‘hawk’, with a leftish ideology, seeking the highest office of her land. Her decision to support the invasion of Iraq as terrible a judgment as it has proven to be was not enough to dissuade her from actively campaigning for the bombing of Libya. Julius Caesar is reported to have once stated ‘experience is the teacher of all things’ but it was the words of Winston Churchill that will eventually drive the final nail through the coffin of Caesar’s wisdom, ‘those that fail to learn from history are doomed to repeat it.’

Then Secretary of State Hillary Clinton ebulliently boasted with a characteristic giddiness, the following on CBS in 2011, “We came, we saw, he died." The mission was over!! NATO had ousted Libyan leader Muammar el-Qaddafi. So we ask again, was it really over?

The stark reality of the monster Hillary had helped to create will linger for long in her political life and will be a deciding factor as the US head for the polls on November 8. On that famous evening of September 11, 2012, when Islamic militants attacked the American diplomatic compound in Benghazi, Libya, killing U.S. Ambassador J. Christopher Stevens, the rebels who were casually presented as “liberators” had finally taken off their masks, and their faces indeed didn’t inspire hope.

Libya is a disaster, but why should the fall of Libya, death of Qaddafi and the role of presumptive Democratic nominee, Hillary Clinton be a defining issue for the young mechanic in northern Nigeria, the tourist- guide in Tunisia and or the unemployed graduate in Mali?

In a special report published by the Telegraph in November, 2015, the UN warned of Libya sliding into bloodshed and chaos. But this report was almost charitable. The forbidden and unspoken truth is that: an entire nation has been destabilized and destroyed, its people driven into abysmal poverty, forced to sail the boisterous waters of the Mediterranean as they drown in thousands.

"The proliferation of weapons from Libya continues at an alarming rate. Illicit flows from the country are fuelling existing conflicts in Africa and the Levant and enriching the arsenals of a range of non-State actors, including terrorist groups."

Libya is in flames but it is the whole continent that burns. ISIS may be stationed in Libya but their bombs explode in Maiduguri, Nigeria as much as it resonates in Sousse, Tunisia. The weapons were dropped on Libyan soil but it is that unemployed Malian who wields it. Libya is wounded but it is Africa that bleeds and she vows never to forget her scars.

So, you, tell me how the collapse of Libya shouldn’t be of grave concern to Ghanaian security experts or their counterparts in Kenya. Explain to me why the families of victims in the Grand Bassam, Ivory Coast attack shouldn’t be irked and or why families of the last November Egypt plane crash shouldn’t have genuine concerns over the instability in Libya.

Libya was a prosperous nation that had no external debt with its foreign reserves amounting to $150 billion, only a few years ago but this was all about to change because of the recklessness of one diplomat. Global Research report; March 2016 stated;

“In a bitter irony, after having stolen Libya’s oil wealth and confiscated its overseas financial assets, the “donor community” has pledged to lend the (stolen) money back to finance Libya’s post-war “reconstruction”. Libya is slated to join the ranks of indebted African countries which have driven into poverty by IMF and the World Bank since the onslaught of the debt crisis in the early 1980s.”

This is what Hillary has assisted in creating!! Libya as it has become a cliché of western media is a “failed State” and presumptive Democratic nominee, Hillary played a vital role in this failure.

“The United States was asked to support the Europeans and the Arab partners that we had. And we did a lot of due diligence about whether we should or not, and eventually, yes, I recommended, and the president decided, that we would support the action to protect civilians on the ground. And that led to the overthrow of Gaddafi.”

She succeeded in changing the narrative. Libya, once the beacon of hope in Africa now reels under civil war. Her ‘god’ was stripped bare in his home city, Sirte but it is Africa that was found naked. Hillary’s NATO ‘came,’ ‘saw’ and ‘destroyed.’

Libya is as much Obama’s greatest blunder as it should be for Hillary. The only difference is that while the former is unconvincingly apologetic about Libya and is set to exit; the latter expresses no remorse about her role in the destruction of a once thriving region even as she seeks to replace the former.

It will be irrational for Africa to forget Presumptive Democratic presidential nominee, Hillary Clinton and her involvement in destroying a country that was once the most successful story on the continent of Africa.