Counselor Lutherodt And The Poor Boyfriend 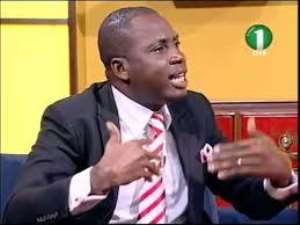 I harbour so much respect for many of the consistent and respected public speakers who are changing lives. Though I have had something to do in the past concerning counseling, my love for mathematics and economics would not allow my resolution of becoming a great public speaker and counselor. That notwithstanding, some comments from counselors like George Lutherodt cannot be glossed over if we are expecting meaningful progress in society.

It now appears we should be concerned about where these counselors get their certificates and titles from. And the fact that many of them are pastors who have so much influence make it more serious. I know the name Obinim is popping up in your skull but counselor Lutherodt is his replacement in the relationship-counseling fraternity. He is probably the most popular among the counselors, thanks to the many private stations that glamourize noise. Truth be told, we all need one or to counsels to cross our Ts but when those who offer the counsel as professionals rather poison matters, it becomes problematic.

Nobody expects any expert to be perfect in his field and so counselor Lutherodt needs to be congratulated on becoming the counselor that many young ladies like to listen to.

Many weird comments were made or alleged to have been made by him, but I am going to engage him on his advice to ladies about poor men since this one is safe and would present him a weaker case in court. In that comment, he said “I want to remind women that if you allow a poor man to marry you…you will murmur in the marriage”. This comment is not only too cheap but unfortunate. Maybe he was talking to teenage girls, because even the potters on our streets who hardly make ends meet must be encouraged to appreciate small beginnings in marriage.

MONEY AND DIVORCE
It is true that money is important in marriage and truly as he has opined, many marriages fail because of the lack of money. But it is also true that many failed marriages were not as a result of poverty. Take the likes of our Nigerian, Ghanaian and American pastors whose marriages have hit the rocks and you would not smell poverty in the fumes that come out their private jets…aloo?

There are spouses who are rich but are committing adultery with poor young boys and girls and no reasonable person would say money played a role. You see, George Lutherodt is bold but his attempt to defend his opinion on poverty this week was weaker than the wick in my grandmother’s Bobo (local lantern).

What is shocking is a public speaker calling on God’s wrath instead of using the force of arguments to elaborate his opinion. And I am sure he forgot to tell us not to “touch my anointed”.

As a student of society and a young man who has lived with many foster parents, I have been observing many marriages around me, and I can confidently say that society is replete with many permutations of poor couples who later turned out rich or middle class couples.

The Agyinasares are one of such examples of a poor man and a ‘better of’ woman, but the woman preferred the poor and virtually jobless Agyinasare who “had nothing”―the kind Lutherodt would tell ladies not to marry― to the rich who approached her. Today’s Mensa Otabil and Bola Ray did not propose love to their then girlfriends as rich boyfriends but Lutherodt cannot compare himself to any of these men in terms of wealth today. For me, what Counselor Lutherodt is preaching is “the love of money” and I don’t need Mahama’s BNI or TB Joshua’s terror prophesies to know he is a security threat because, security in our homes forms the building blocks of national security.

FALSE PRIORITIES
Despite the numerous religious establishments in society, the youth are living at polar ends of their religious doctrines (and I am also one of them). While the gentlemen engage in fornication as a hobby, the ladies have abortion like menstruation. Though the youth are aware fornication and abortion are grave sins, they pretend their masters degrees are more important to them than marriage because higher degrees guarantee higher income.

If Reverend George Lutherodt is not aware of the pervasive cancer of fornication in courtships, then he must be asking his counselees the wrong questions and probably in a harsh tone like the way he speaks on TV—he needs to employ a counseling tone. As society is drifting towards the destructive god of avarice, the least I expect from a marriage counselor who doubles as a Reverend Minister is to preach ‘the love of money’.