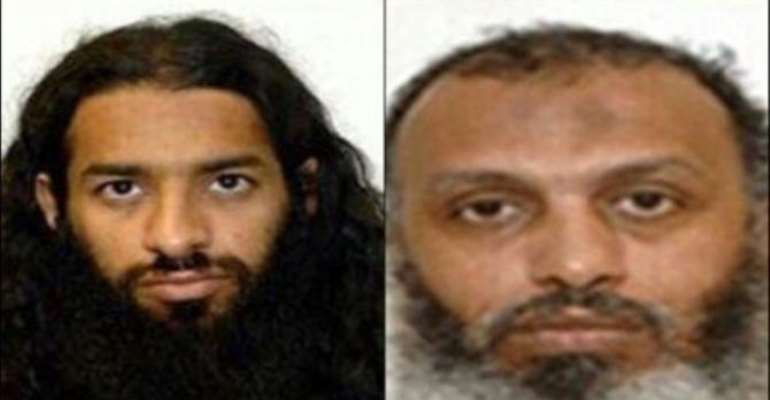 I have known Sheikh Aremeyaw Shaibu personally for some years now. We first met when I was doing my undergraduate research on "Muslim Parents' Attitudes Toward Girl-Child Education in Maamobi," which I submitted to the University Cape Coast, Ghana, in 2008. During the research, I engaged him on some critical issues, and from his responses, I could tell that, indeed, he had anchored himself in the Islamic faith.

I even used one of his articles for my work. So, permit me to preface what I want to say that I have nothing personal against Sheikh Aremeyaw. My response is based on an assertion he made on NEAT FM’s morning show, dubbed, ‘Ghana Montie’, published by Ghanaweb on Thursday, January 14, 2016. Ghanaweb captioned the story as, ‘Christian Council is ‘Xenophobic’ – Chief Imam’s Spokesperson.’

As a citizen of Ghana, where freedom of speech is guaranteed by the Constitution, I grant Aremeyaw the freedom to voice his concerns about the 'terrorists' albatross that is hanging around the necks of Ghanaians. The issue at hand, I must admit is a very sensitive one, so throughout my writing since the issue emerged, I have been very reluctant to do my analysis from the prism of religion. But since Sheikh Aremeyaw has opened the Pandora box, we must make sure that the content is contained before it gets out of hand.

Here, I would like to quote a statement that is controversially ascribed to Idi Amin Dada, the ex-military leader of Uganda (1971-1979). According the statement, Idi Amin said, "Freedom of speech, I can guarantee, but freedom after speech, I can't guarantee." The logic that animates this statement is that we should be very circumspect when get the opportunity to speak in public.

While we have control over what we intend to say, we don’t have control over its effect. Obviously, Sheikh Aremeyaw spoke out of anger, mixed with pent up frustration about some religious development in Ghana. But he should have demonstrated leadership as the spokesperson of the National Chief Imam, by avoiding the use of word that could trigger inter-religious tension in the country. How would he take it if Christians also respond that Muslims are terrorists? We have had cases were Christian leaders made harmless statements, and yet were called to retract their statement.

Recently (Dec. 21, 2015), Archbishop Duncan Williams made a comment about Islam, and since it did not go down well with the Muslim community, the General Sectary of the Coalition of Muslim Organisation, Abdel Manen Abdel Rahman, issued a statement condemning what the organisation considers to be a disparaging statement about Islam. In April 2015, the Muslim community descended with verbal attacks on Bishop Charles Agyin-Asare because he preached against Islamic fundamentalism. Muslims always think that they have the right to protect their religion via foul or fair means. What they should note is that Christians can equally attack them violently when they attack the Christian faith. But, again, we have the Holy Spirit, who has taught us to use the power of the brain, tact and wisdom to defend our religion.

From the political perspective, I must say that we cannot abjure the president of Ghana for the brouhaha that has engulfed the case of the duo 'terrorists'. Per the Constitution of Ghana, the president of Ghana does not have the laxity to singlehandedly take any decision that could jeopardise the peace of Ghana. His word is not the rule. Whatever major decision he takes, he needs to consult the entire people of Ghana through their representatives in parliament. In other words, the president takes very crucial decision after he has widely consulted with the Ghanaian community.

Anything short of that is a circumvention of the trust of the people of Ghana. I raise this issue because the president could not take such a crucial decision of giving refuge to suspected terrorists without first consulting Ghanaians. It is the lack of prudence and shrewdness on the part of the president of Ghana in taking a decision to bring in 'terrorists' into the country that compelled, and rightly so, the Christian bodies in the country to respond. And the response of the Christian bodies is in order.

Christians, like Muslims, have a stake in whatever happens in the country. Again, Christians, like Muslims, have the right to voice their concerns about some misgivings and mis-happenings in the country. Obviously, if the president had done extensive consultation, he would have avoided the troubles that are looming. Indeed, if you have JM as your president, sometimes, you bear the fruit of his infantilism. So, Sheikh Aremeyaw, you cannot pick and choose, especially in relation to how you respond to president JM's notoriety in taking a skewed decision that is threatening to undermine the religious peace Ghana has enjoyed for decades.

Historically, Islam was in Ghana, about 100 years before Christianity. But per divine providence, Ghana is overwhelmingly Christian, and yet, Christians have not made any attempt to 'Christianise' Ghana, or declare Ghana as a Christian nation. And, for the purposes of peace, Nkrumah declared Ghana a secular country after the country had gained independence in 1957. Indeed, until then, it was the Anglican priest, following the order of England, who had the right to provide rituals in all state functions. But graciously, for decades, Christians and Muslims have co-existed in peace, even though there have been skirmishes, here and there, between these two religions.

The tension between Christianity and Islam is not a novelty. It is not the creation of the Crusade, if Sheikh Aremeyaw cares to know. The tension between Christianity and Islam emerged shortly after the death of Mohammed, the Prophet of Islam, in 632 AD, and Muslims decided to expand the geographical control of Islam. It was this unrestrained territorial aggrandisement, mixed with religious zeal to Arabise and Islamise, usually backed by the sword that sowed the seed of contention between these two religions.

Again, these two religions are missionary-oriented with a view of future universalism, and so, these two religions have always been engaged, sometimes in a vicious conquering of 'souls' for their respective deities: Allah of Islam, and Yahweh of the bible (THE TWO DEITIES ARE NOT THE SAME). So, Sheikh Aremeyaw, it is true that Christians have carcasses in their 'cupboard' but graciously, for decades, Christian leaders, knowing that they went their own way, have openly apologised to the world. In any case, who started the crusade? Sheikh, please revise your history! If Sheikh Aremeyaw cares, he should read the apologies of the Late Pope John Paul II in the 1990s. We are yet to hear of a Muslim leader apologising for the atrocities Muslims have committed, and continue to commit against the human race. Perhaps, Sheikh Aremeyaw, a leader in Islam, could have taken the opportunity to apologise to the world for the atrocities Muslims are committing.

Are Christians showing meanness and lack of compassion because the 'terrorists' are Muslims? Sheikh, you hit so hard below the belt. You are being petty! Haven't Muslims from Ivory Coast, Togo, and Liberia been accepted as refugees in Ghana? When was the last time Christians raised concerns about the presence of Muslim refugees in Ghana? The issue at hand is not necessarily because of the religious identity of these 'terrorists', but their terrorist orientation.

The fact that they have been credibly suspected as terrorists gives us the cause to worry and be vigilant. An interview Mrs. Hannah Tetteh granted Radio Gold, a private FM station in Accra, is an indication that the government has some level of paranoia and trepidation for these 'terrorists'.

If government were not afraid of their terrorist background, why would the security service provide 24/7 surveillance over these 'terrorists'? When was the last time the government of Ghana provided 24/7 surveillance over refugees? If these 'terrorists' have lost their prowess to harm, why are their movements and actions being monitored 24/7? America, a giant in security surveillance, would be the best nation to keep these 'terrorists'. The Christian Counsel should not remain quite over this issue. They should continue to hold on their guard as the moral conscience of our society. They should not capitulate to the empty threats of Sheikh Aremeway Shaibu to allow evil to prevail when they could stop it.

Muslims choose and pick when issues emerge: depending on whether the issue would inure to their benefit or not. When the issue of homosexuality became the topic for public and intellectual discourse, both Muslims and Christians joined hands to condemn the US and UK for shoving the practice, which is highly satanic, down the throat of Ghanaians. But this time, because it is about so-called Muslims, Muslims are clapping for the US. "Unto your brother, unto a wood, indeed!'

We have a history of Muslims demonstrating intolerance. During the 2006 World Cup, John Pantsil in excitement lifted the flag of Israel in honour of his faith and football club, Maccabi Tel Aviv. Immediately that happened, the Muslim world responded with a fist. Ghana was compelled to publicly apologise for such a harmless act (don't tell me I don't know international politics). Sheikh Aremeyaw, what is more showpiece of intolerance than the inane response of the Arab world over John Pantsil issue? Sheikh, if you really want to know the extent of xenophobism in the world, consider the cruel treatment Arab-Muslims, treat black Africans. Because of the cruelty with which Arab-Muslims treat blacks, the government of Kenya, for example, has banned all Kenyans travelling to Kenya to work as domestic servants.

Muslims, especially those that I know (no mention of names) are roundly anti-America (some refer to America as the biggest Shatan!), but in this case, we find them wanting to lie in the same bed with America, because two of their terrorists have been freed by the US. What a double standards! Sheikh Aremeyaw, you should not pretend you know the history of religious conflict more than any other person.

Tell me, which religion in the 21st Century is noted for notoriously perpetuation violence? I guess Bokoharm, ISIS, Al-Shaba et cetera are Christian organisations. Sheikh, please don't throw a stone when you are in a glass house. For we have our intellectual arsenals ready to respond to you. Mr. JM, please return the 'terrorists', for we cannot trade the peace of Ghana for a morsel of bread. Indeed, a borrower is slave to the lender (Proverbs 22:7). If JM is your president ... Satyagraha!!