Rev Eddie Coffie to be buried on December 19 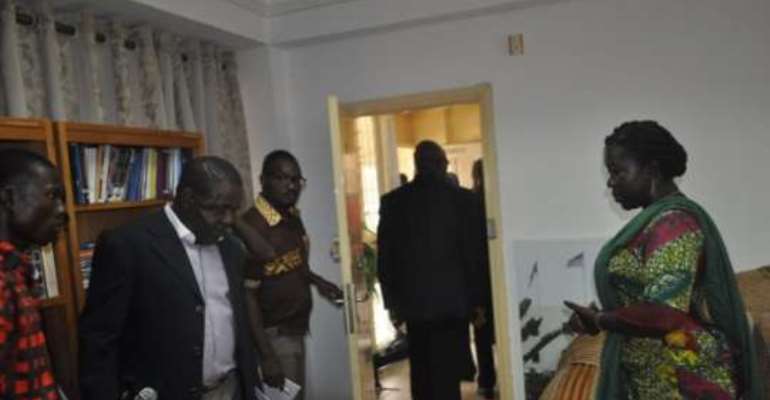 Accra, Dec 18, GNA - The late Reverend Eddie Coffie, President of the Ghana's Actors Guild, would be buried in Accra on December 19, the family has announced.

The family announced the funeral arrangements of the late actor when some members paid a courtesy call on Mrs Elizabeth Ofosu-Agyare, Minister of Tourism, Culture and Creative Arts.

The family said on Friday, December 18, there would be wake at his residence at North Kaneshie, followed by the burial on Saturday, December 19, after a burial service at the Christ Apostolic Church, Osu, to be followed by his interment at the Osu cemetery.

A thanks-giving service will be held on Sunday, December 20 at the Assemblies of God, North Kaneshie, followed by a final funeral rite at the Azuma Nelson Complex.

Rev Theophilus Coffie, member of the family, together with a delegation from the Ghana Actors Guild and the Ghana Culture Forum, during the courtesy call, invited the Minister for the funeral service.

Mrs Ofosu-Agyare expressed the Ministry's commitment to be present at the funeral service, stressing that they were all saddened by the news of the demise of the late actor.

She described the late GAC President as a gentle person with good sense of humor who attached seriousness and dedication to everything he did.

'Indeed the industry has lost a great personality; it is our hope that God will give his soul a resting place,' she added.

Mr Charles Godfred Coffie, elder son of the late actor, described his father as a calm and quite person who instilled Christian virtues in them.

He said the death came as a shock, but death was inevitable, and that he was consoled by the word of scripture, 'that in everything we do, we should give thanks to God'.

The late Rev. Eddie Coffie passed on October 30, at the Ridge Hospital in Accra.

He was elected president of Guild, the umbrella body for Ghanaian actors, in October 2014.

He took over from Nii Odoi Mensah who had been the Guild's President for several years.