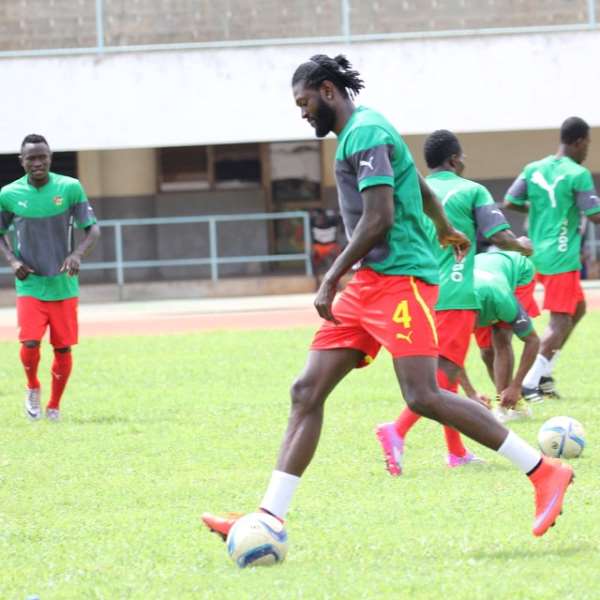 One of the beauties of Christianity is that it allows for freedom of conscience and expression. While other religions claim to offer freedom of religious affiliation, we are aware of how much apostates are inhumanly treated: sometimes they are killed. The recent story about Meriam Yehya Ibrahim Ishag, a woman in Khartoum, whose life was placed on the line because she had supposedly renounced Islam, adduces evidence to how some religions are very intolerant and have a strong aversion for freedom of religious conscience.

I’m mindful of the fact that, historically, some individuals have used Christianity as a charade to perpetuate violence and deny others their rights to freely practice the religion of their choice. Happily in the 1990s, the late Pope John Paul openly apologized to the world for the many atrocities that the Catholic Church, in the name of Christianity, committed against humanity. Interestingly, for other religions, none of their leaders has come out to apologize to the world for the crimes they committed against humanity: in any case they still continue to chastise people on religious grounds.

Adebayor, obviously because he is a football star, has captured the headlines following his conversion to Islam a few months ago. Personally, following the example of Jesus Christ, I have no challenge with Adebayor’s decision to renounce Christianity. As far as Christianity is concerned, individuals have the right to express affiliation to any religion of their choice. From this perspective, Adebayor cannot be denied that right. He is a free moral agent. He has absolute sovereignty to determine which religion he practices. So, Adebayor, unlike some religions that have strong aversion for apostasy, in Christianity, there is nothing like persecution of people because they renounce their relationship with Christ.

The next reason Adebayor claims that Muslims follow Prophet Jesus is that, “Jesus taught that there is only One God and Only God should be worshipped as taught in Deuteronomy 6:4, Mark 12:29. Muslims also believe this as taught in the Qur’an 4:171.” Here Adebayor assumes that the Christian notion of monotheism is the same as that of Muslims. I must point out that on this point too, Christianity and Islam are distinctively divided. Whereas the Qur’an in chapter 112, declares God to be absolutely one, the bible on the other hand teaches Trinity, which reflects that God is one in nature, but three in persons. Some cults of Christianity like the Jehovah’s Witnesses try to water down the biblical teaching of Trinity. There are multiple texts in the bible that could be quoted to support the biblical teaching of Trinity. But to partly respond to those who think the dogma of Trinity is a New Testament concept, I will quote an Old Testament text to show that the dogma is reflected in the entire book of the bible.

Listen to me, O Jacob, Israel whom I have called: I am he: I am the first and I am the last. My own hand laid the foundation of the earth, and my right hand spread out the heavens; when I summon them, they all stand up together. Come together, all of you, and listen: Which of the idols has foretold these things? The Lord’s chosen ally will carry out his purpose against Babylon; his arm will be against the Babylonians. I, even I, have spoken; yes, I have called him. I will bring him, and he will succeed in his mission. Come near me and listen to this: From the first announcement I have not spoken in secret; at the time it happens, I am there. And now the Sovereign Lord has sent me with his Spirit (Isaiah 48:12-16).

From the above text, it is obvious that the Christian teaching of Trinity is firmly rooted in the bible. The test also brings to the fore that the God of the Christian is Triune. While Christians do not claim or even pretend to have absolute and exhaustive knowledge of God, Christians argue that God is knowable, especially as He is revealed in the bible. Thus, much as the dogma of Trinity remains enigmatic to some people, the bible provides us with plethora of evidences to show that the dogma is consistent with the faith. What is particularly important here is that the Allah of the Qur’an is distinctively different from the God of the bible.

There are other reasons that Adebayor provides to explain why Muslims worship Prophet Jesus. These include the assumption that Jesus did not eat pork; He greeted with the words, “As salaamu Alaikum”: He always said, ‘God willing” before doing anything; He washed His face, hands, and feet before praying; He prayed with His head to the ground; He had a beard and wore a robe; He followed the law and believed in all the Prophets (Matthew 5:17) etc. These and many reasons are given by Adebayor to rationalize why Muslims follow Prophet Jesus.

The above reasons are simply materialistic and inconsequential to salvation. In other words, the reasons have no soteriological value. Salvation in Christianity is not based on rigid rituals; it is based on one’s acceptance of the vicarious death of Jesus Christ, the savior of the elect. Even so, I must speak to some of these assumptions. First, it is not true that Jesus performed ablution before He prayed. Muslim polemists, including Ahmed Deedat, have used some text, particularly John 13 to support their false assumption that Jesus performed ablution. First, the bible is very clear that Jesus did not perform ablution. Second if the bible were to advocate ablution, there would have been a detailed description of ablution in the bible as we have in the Qur’an. The only point where Jesus washed the feet of His feet, while it is historical is also symbolic and didactic. Jesus washing the feet of His disciples is historical in the sense that it was a real episode, and symbolic in the sense that it communicated a message of humility that must be followed by all Christians. The lesson of humility in the life of Jesus Christ is explicitly captured in the following text:

Have this mind among yourselves, which is yours in Christ Jesus, who though He was in the form of God, did not count equality with God a thing to be grasped, but emptied Himself, by taking the form of a servant, being born in the likeness of men. And being found in human form, He humbled Himself by becoming obedient to the point of death, even the death on a cross. Therefore God has highly exalted Him and bestowed on Him the name that is above every name, so that at the name of Jesus every knee should bow in heaven and on earth and under the earth, and every tongue confess that Jesus Christ is Lord to the glory of God the Father (Philippians 2:5-11).

The next is the idea that Jesus did not eat pork. This is a moot argument: a moot argument in the sense that, while Christians are mindful of what they eat, since the body is the temple of God, it is not what one eats that makes one a sinner. Jesus was very clear on this point: it is not what goes into the mouth that makes one unclean, but what comes out of one (Matthew 15:11). The center of sin is the heart, but unfortunately, while Adebayor would wash some parts of his body in preparation for prayers, he will not be able to wash his heart, which is the source of all evils. There is hence nothing salvivic about eating pork. There are a lot of Muslims in the world who consume marijuana, khat, and cigarette, and yet these substances have baleful effect their health. One feature of Id Fitr and Id Adhar celebration is the excessive consumption of meat. During these festivals, Muslims in Zongo communities in Ghana consume lots of meat, which is equally disastrous to their health. At best the non-consumption of pork is more of a health issue that religious issue.

The argument that Jesus fasted for forty days is also irrelevant to salvation. Unlike Muslims who display fasting in public knowledge, Christians do not do so. Apart from the Catholics and some historical Christian groups, Christians do not have specific days or seasons for fasting. A Christian can fast at anytime as and when it becomes necessary. The bible does not set any season aside for Christians to fast.

My brotherly message to Adebayor is that while he has renounced his Christian faith (if even he was), he has missed the only Saviour of the world. He has left a faith that promises eternal life to a faith that is based on legalism. I can only recommend to him to diligently study both the bible and the Qur’an to know which one of them offers a good message of salvation. Jesus remains the only accredited Saviour of the world, all the other religious figures were just parodying.