Homosexuality is African? How So? A Letter to Nana Ama 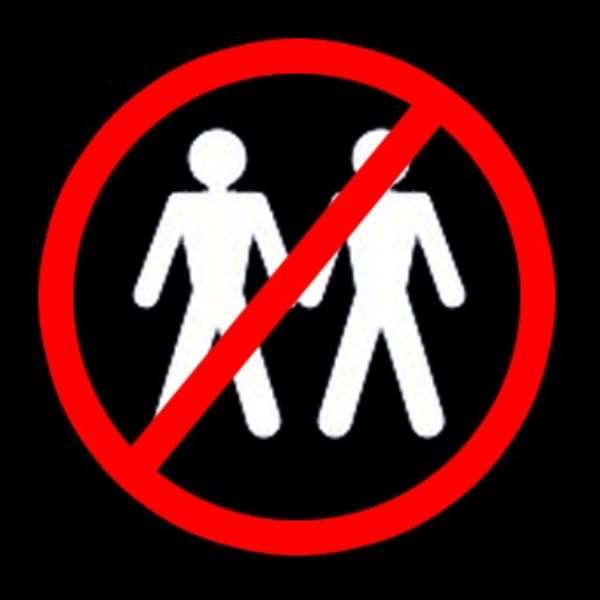 Following a judicial affirmation of same-sex marriage by the Supreme Court of the United States of America, the floodgate of controversy had been opened to re-ignite an age-old conflict between secularism and religion regarding the issue of homosexuality. Having listened to a spectrum of views ranging from liberal to conservatism, it is clear that any comfort of a middle ground is quickly receding from underneath those who may be motivated by political correctness to stay nonchalant or non-committal to a position.

Without doubt, the public views expressed by the Christian Council of Ghana and other Ghanaians from all walks of life has re-emphasized the importance of this vexing social issue and the threat it poses to our democratic polity, particularly when no less a personage like the late former president John E.A Mills found it necessary to make strong policy pronouncement on the matter.

There have also been media reports of utterances made by Western leaders such as David Cameron of U.K and recently, Barack Obama, indicating an intent to tie donor budgetary support to “political reforms” such as providing greater rights and freedom to minority groups. So clearly, the issue of homosexuality or same-sex marriage is not just a moral or constitutional debate. It is a socio-economic one. It is a debate about how to collectively decide on values that are consistent with our aspirations such as protecting children’s right and ensuring generational succession. It is also a debate about how to balance the individual right to life and liberty with our collective desire for social cohesion.

With this background, I would have following objectives made clear from the outset:

This article seeks to stimulate further debate about linkages between church and state and between doctrinal leanings and social mores.

Let us begin. Certain important matters were raised as well as claims that were made by the author in the aforementioned article, which in my view warrants further examination, per adventure readers may glean some new insights about our African heritage. In this light I kindly beseech the author not to misconstrue my inquiry as criticism, for I hold the view that an impassionate dialogue conducted in an atmosphere of mutual respect, free speech but rigorous scholarship would be more beneficial to both Christian and non-Christian audience, as each strive to determine what is profitable doctrine. That being said, l wish to commence by making one key observation about the article regarding textual credibility. In the best of interest of intellectual transparency, scholarly tradition requires at least some form of citations for claims and arguments put forth to support a conclusion, in this case that conclusion being “Christianity is un-African…”I found the article lacking in this regard.

In the article the author makes the following claims:

First, it is important to mention that no serious scholar or researcher would deny the existence of homosexual practices among some ethnic groups and clans in Africa; from the North through Sub-Saharan to the South. It would be therefore be untenable, any attempt to refute Nana Ama’s first claim in light of copious literature affirming it. This notwithstanding, the controversy rages even among scholars on its prevalence and origin. For instance, Gelfand (1979:201)[1] argued, “The traditional Shona of Zimbabwe have none of the problems associated with homosexuality (see also Simmons, Nero, Smith, 1991).” Sir Apolo Kagwa[2], a black ethnographer in 19th Century Uganda (then Buganda) and subsequently the country’s prime minster in 1890, claimed, “that homosexuality was introduced into Central Africa by Arab Slave-traders.” Stephen O. Murray, an anthropologist and researcher, in a paper on African homosexuality (see endnote for citation)[3] makes this admission:

“Without indigenous writing systems prior to the end of the 19th century, there are no analyses of the social structures of African societies prior to alien contact.”

He argued further, “…they (Europeans) are the only source of data on homosexuality in Africa before the most recent few decades. Although memories and oral history may still be salvaged in some places, most of what can be read about African societies was inscribed in the last decade of the 19th century or later.”

Here is my inference and conclusion in response to Claim No. 2: The unfortunate use of the label “African” to claim congenital rights to homosexual behavior demonstrates ignorance of prior studies that show, that the British, the French, the Italians, the Albanians, all think this hitherto unpopular behavior was introduced into their societies by “foreigners”. For example, Murray, in his paper, cites (Schneider 1885:295-6) and (Weine 1848:120) to make the point that the people of eastern Bantu and Sudan claimed that homosexuality was imported by the Nubians and Turkish marauders, respectively, into their societies. The British blamed the Norman conquerors. The French blamed the Italians. The Bulgarians blamed the Albanians and Albanians in turn blamed the Turks. Here are two questions then:

Claim No. 3 – “The arrival of Christianity and Islam changed everything.”

Let us begin with some basic stats. According to GLSS 6, the following religions are represented within Ghana’s 25m+ population as at 2012; Christian 71.2%, Muslim 17.6%, traditional 5.2%, other 0.8%, none 5.2%[4]. I would love nothing more than to carry on with analysis that debunks the claim that “Christianity and Islam changed everything”, but that would be superfluous since this data, on the face of it makes that point eloquently. At least there are 11.2% of the Ghanaian population (approx. 2.8million) that hold non-Christian and non-Islamic ideals about same-sex relationships. There is no question that the two leading faiths has had tremendous influence on the evolution of Ghanaian cultural values, but I strongly suspect that you would find little support for homosexuality among practitioners of these other religions or beliefs. My suspicion is based on simple reasoning; most of them practice heterosexual relationships.

Dereliction of Duty – Church or State?

The article stops short of accusing the Christian Council of hypocrisy by pointing to evidence of civic negligence by Christians. Indeed, I must confess my agreement that Ghana as a predominantly Christian nation makes a mockery of Jesus’ teachings about values and social conduct. Jesus teaches that, “make a tree good, and the fruit will be good, make it bad and its fruit will be bad, for a tree is recognized by its fruits (Mathew 12:33). Our poverty, social filth and civic disengagement denies our religious faith. We talk good game and have little to show for it. All true, unfortunately. However, I belong to the school of thought that refuses to place the burden of social engineering solely on the church or even hold it responsible for policy failures of the state.

The issue of sanitation and political corruption as mentioned in Nana Ama’s article, in my view, are matters of policy within the control of the state. The philosophical foundation underlying the social contract between a government and the governed is that the latter pays taxes and perform other civic duties in exchange for a guarantee of rights to life, liberty and property. Where any party to the contract fails to honor their obligation, the other has legal and constitutional recourse to compel performance. No country has developed or become law abiding because its people had a unique sense of moral awareness or educated inclination for good behavior. Law enforcement was used as a tool for social engineering in such societies. I have searched and found no exceptions. The recent example of OccupyGhana, a non-partisan political pressure group is a case in point, and an affirmation of the principle that talking, admonishing, warning, and all type of “passive” civic responses to policy failures achieve very little change if any at all. If Nana Ama is so concerned (as we all are) about SADA, GYEEDA or even Kwasi Nyantakyi’s co-efficient, there are legal recourse or avenues for strong policy advocacy, such as what Richard Sky is doing regarding appointment of EC head. Launching a diatribe against the Christian Council of Ghana, I am afraid, will yield very little result.

Let me conclude with these emphasis, lest there be ambiguity:

[2] Mukasa, Ham (1904). Uganda’s Katikiro in England. Official Account of His Visit to the Coronation of His Majesty Edward VII. London: Hutchinson & Company.