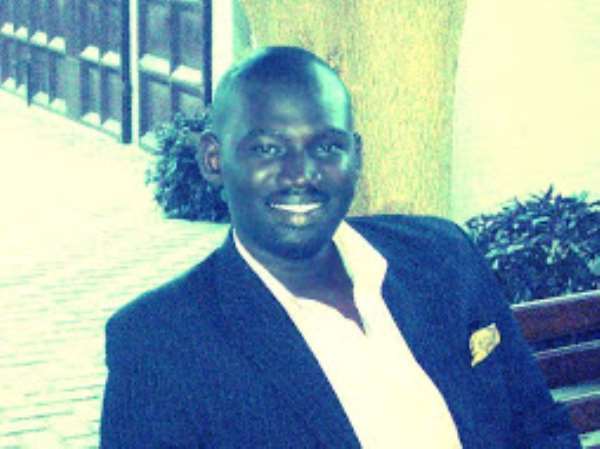 Background
An interesting debate took place on Citi 97.3 FM’s breakfast show today July 9 2015, with Bernard Koku Avle and the team. The issue of contention was whether or not Ghana's current economic management model will deliver desirable policy outcomes of growth and employment. The host of the show, Bernard Avle, a trained economist, essentially argued that the current economic management model being run by the Mahama Administration and sponsored by the IMF is inconsistent with a model description he offers that seem much like a Keynesian approach to demand management. Very compelling arguments indeed. In fact he (Bernard Avle) adduce evidence, data, from post-apartheid South Africa and the US to support his conclusion that in economic downturns’ the policy orthodoxy is to spend and spend more, in order to stimulate aggregate demand, expand output and drive equilibrium towards full employment. Obama’s first term economic policy is case in point. Spot on. This notwithstanding, I strongly contend Mr. Avle’s policy proposals on ground of pragmatism and a yawning disconnect between Keynesian theoretical assumptions and Ghana’s current economic condition. In the ensuing text, I will endeavor to point out fallacies contained in such simplistic view.

Apples and Oranges
The central argument of Keynesianism is that aggregate demand growth is tightly coupled with employment in an economic policy management. Keynes assume that market decisions of private actors over a period of time do create fluctuating business cycles with adverse impact on macroeconomic outcomes. Therefore to correct these fluctuations, government must intervene using fiscal and/or monetary policy responses to subdue demand during booms, and stimulate it during busts. Essentially, Keynes is saying, that crises or macro instability are caused by inefficient market decisions over time. A theory tested through the US great depression in 1930s and Europe post world-war II with some degree of success, admittedly. Again, Keynes assume, tacitly albeit, that a government may have sufficient fiscal space or access to debt markets as a trump card to finance expansionary policies during economic downturns. It is my contention, that these assumptions do not hold true for Ghana’s current economic situation and thus policy responses cannot ignore the Hayekian view on causality as being pursued under IMF’s 3-year Extended Credit Facility program.

Let’s examine the facts.
There is sufficient data to support the thesis that Government of Ghana’s poor fiscal decisions over the last couple of years have had consequential impact on inflationary pressures, output and unemployment [5.2% youth unemployment, according GLSS 6]. In 2012 and 2013 Government of Ghana run a double digit budget deficit of 10.8% and 11.8% respectively. There is also evidence (see Fitch Report on Country Rating, 2014) that Bank of Ghana’s deficit financing activities exceeded the statutory 10% of prior year’s revenue as stipulated in Section 30(2) of the Bank of Ghana Act, 2002 (Act 612). In 2013 and 2014, the currency volatility risk exacerbated on the back of international commodity price shocks, slowed growth in our capital account activity due to donor flow restraint and crude oil import to power domestic energy generation. What was Ghana's “Keynesian” monetary response? On the assumption that currency depreciation was driven by speculative pressure (private economic actors), Bank of Ghana attempted to intervene with its inflation-targeting instruments which eventually proved to be a failure. “Reasons” were assigned to justify the failure but my own reasoned view is that the policy assumption was amiss from the outset. Here is the basis of my argument; causality was misattributed to private economic actors without recognizing the impact of fiscal imprudence and inflationary pressures it was causing which was driving the spiral of low growth and increasing unemployment. IMF’s proposal under the Extended Credit Facility for front-loaded fiscal consolidation and an incremental reduction of deficit is an affirmation of Hayekian view on causality. I must emphasize that I do agree with this view. Ghana's present economic predicament has been driven largely by bad fiscal/monetary decisions and not by the markets.

Let us also examine the tacit assumption of fiscal space. Granted that the Keynesian response was a preferable policy option under conditions of market slump or economic downturns, does the Government of Ghana have the financial wherewithal to fund an expansionary program? I doubt the answer would say yes in the face of hard facts. A government that struggles to pay statutory funds such as NHIS, GETFund and whatnot has forfeited the luxury of flirting with expansionary policy theories of a Keynesian order. You have to have fiscal backbone to think Keynesian in downturns. Only economically independent states with sufficient reserves and/or creditworthiness possess the prerogative of Keynesian fiscal option during economic downturns. Ghana’s fiscal dependence on IMF and other multilateral agencies leaves our policy models vulnerable to their view on booms and busts, whether we agree or not. The Extended Credit Facility (ECF) program, anticipates recovery with a long view by addressing structural rigidities in our public financial management system in a sustainable manner.

Regarding the issue of access to debt markets, Ghana's debt to GDP profile has become an albatross and a contributing driver of currency volatility. It is also important to mention, that as a result of Ghana's fiscal risk and debt sustainability concerns, the country’s last Eurobond was issued at a premium to average yield in the Sub-Saharan market. Rwanda for example issued $400m at 6.625 percent in July 2013. On the domestic bond market, investor sentiments towards fiscal risk and debt sustainability is consistent with the broader evolving narrative. It May 2015, the Government of Ghana had a bond under-subscription with a coupon rate of 23.47% compared to 22.49% in April 2015. Clearly we are having to pay more in order to refinance maturing debts. Let’s not even discuss donor inflows.

Conclusion
I conclude by positing this thesis; a Keynesian policy response may be desirable but not feasible under Ghana’s current economic condition. The Keynesian assumption of causality and fiscal space do not find agreement with Ghana’s fundamentals to warrant a wholesale adoption of this economic theory. Hayekian policy approach, albeit provides very limited utility in the short-term in terms of addressing the trade-off between inflation, output growth and unemployment, its long-term contribution to economic restructuring is consistent with rational economic thought.