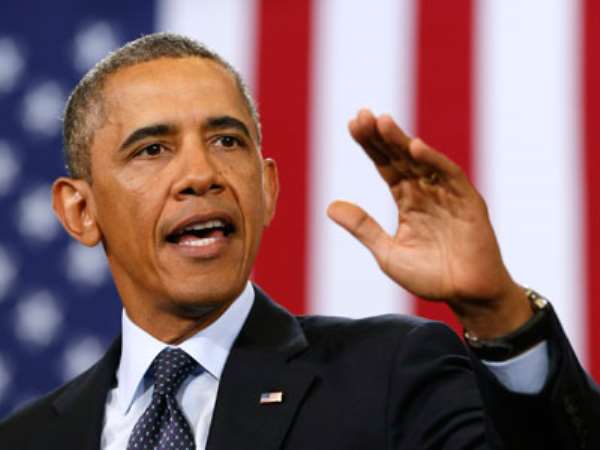 Mrs Hilary Clinton is particularly not an adorable and personable individual in a lot of people's perception in the Southern segment of Nigeria because of the role she failed to play as Secretary of State then under the first tenure of President Barack Obama 's administration in the United States of America.

She it was who got the US president convinced that Boko Haram shouldn't be declared a terrorists group and classified as such by Executive exercise of Presidential might. If Boko Haram was viewed much earlier as a terrorists organization and confronted with the American might may be by now their capacity for waging a spate of campaign of mass killings and genocide would have abated. Mrs Clinton did badly too as far as Libya was concerned because it was when she held office as Secretary of state that Libya was distabilised and the Libyan revolutionary leader Colonel Muamar Ghadaffi was gruesomely killed by local rebels armed by the West including USA and UK.

Ever since Ghadaffi was murdered and Libya captured by a range of freelance armed Islamists that nation that was like the Japan of Africa under Colonel Ghadaffi's benevolent dictatorship, has collapsed and indeed has turned into a failed state to such an extent that remnants of the Islamic State murderous terrorists have seized swathes of territories. ISIS has also captured a major part of Libya and are currently engaged in armed kidnappings and wanton killings.

Hillary Clinton has nevertheless continued to dream very big for herself in terms of her unrelenting quest to run for the highest office in the United States of America as if to say that she is united in mind with her husband who ironically was America ''s two -terms President, to set up a political dynasty.

Mrs Clinton has started her campaign to run for the office of US president under the banner of Democratic Party even as her husband the erstwhile US President Mr Bill Clinton has offered her an unqualified support and consistent loyalty. Will Mrs Hillary Clinton achieve her American dream and become the first ever female President of the World's strongest democracy?

Another famous political family known as the George Bush family also has an aspirant for the highest political office in USA and indeed the former governor of Florid (1999-2007). Mr Jeb Bush who is running for the primary election of the Republican party to contest to replace President Obama who would roundup his two terms of office next year will make history should he win because he would become the third person from the famous Bush political dynasty to become President. This feat is acieved would become unprecedented.

In all over three dozen Americans are warming up to run for the office of US President to succeed Obama in what is seen as the most competitive contest in many years. Indeed the job of the US President has suddenly become attractive even when it is the most burdensome political task of all times. It is a notorious fact that no one has ever served as President of the United States of America without becoming unusually stressed up emotionally and experienced tumultuous change of physical outlooks.

To comprehend how interesting the race to succeed President Obama has assumed one only needs to note that even the most powerful religious icons of our time and the Holy Father Pope Francis has become a factor in determining who wins the ticket of each of those two major or mainstream political platforms in the United State of America -Republican and Democrats.

The Pope will visit USA in September but already all the leading contestants for the Presidential tickets in America are already lining up behind President Obama to be accommodated in the itinerary of the Holy Father's Papal visit to the World's most powerful nation in September 2015.

But how does selecting an American President happen ? This and many other issues were what I have set out to analyse in this piece by consulting extensively with political authorities who are in the know about the MAKING OF THE AMERICAN PRESIDENT.

From diverse knowledge sources, we learnt that the decentralized nature of American party systems readily becomes apparent and significant regarding the issue of how Presidential hopeful must campaign for their’s party’s nomination for president.

Our findings show that Presidential elections are held every 4 years on Tuesday after the 1st Monday of November.

Who can vote? American citizens ages 18 and older can register to vote.

Voters must meet the residency requirements of their states, which vary and comply with voter registration deadlines.

Many Americans think that when they cast their ballot they are voting for their chosen candidate. In actuality they are selecting groups of electors in the Electoral College who are the king makers if we choose to call them by those pejorative terms. Many of us in Nigeria do also think that American individual voters are the very people actually voting for the emergence of an American President.

In actual fact, the US President is made by the College of Electors. Every state has a number of electors equal to it’s number of congresspersons. In addition, there are 3 electors for the District of Columbia.

A candidate can therefore win millions of votes but no electoral votes. The “winner takes all” system can produce seemingly uneven results, in the elections of John Quincy Adams (1824) and George Bush (2000), for instance ,the candidates who had the greatest popular vote did not win the greatest electoral college votes, and so lost the presidency.

Atleast 270 electoral votes are required to elect a president. If the majority is not reached, the House of Representatives will elect the president.

The question now is, how do the Americans choose their President from party primaries to real election?

Our research revealed that Caucuses and primaries are ways for general public to take part in nominating presidential elections. This process was never included in the United States Constitution and because the constitution gives no guidance for nominating presidential candidates, Americans continue to tinker with primary processes all the time in compliance with global best practices.

Reforms led to party rules, for choosing candidates and delegates, the Democratic party has established national rules for how candidates are selected. The Republican party allows each state to set it’s own guidelines for candidate selection, other parties, such as the Reform Party, have a less structured candidate selection process, and thus was created over time by the political parties. Some states only hold primary elections, some only caucuses and others use a combination of both.

Our investigations show that the primary elections are run by state and local governments, while caucuses are private events that are directly run by the political parties themselves.

Interestingly, a state ‘s primary election or caucus usually is an indirect election: instead of voters directly selecting a particular person running for president, it determines how many delegates each party’s natural convention will receive from their respective state. These delegates then in turn select their party’s presidential nominee.

Each party determines how many delegates are allowed for each state. Along with those delegates chosen during primaries and caucuses, state delegations to both the Democratic and Republican are constituted.

Conventions also include ‘’unpledged delegates’’ usually current and former elected office holders and party leaders, who can vote for whomever they want.

This system of presidential primary and caucuses is somewhat controversial because of it’s staggered nature. The major advantage according to political scholars is that candidates can concentrate their resources in each area of the country one at a time instead of campaigning in every state simultaneously.

As a result more states have earlier primaries to claim a greater influence in the process, also setting precedence and influencing the election that follow in other states.

Today, state legislators are reportedly said to capitalize on the importance of primaries and jockey for influence by scheduling their state primaries and caucuses as early as possible, forcing presidential candidates to jostle for their support.

Knowledgeable experts affirmed that the perceived need for the reform of the primary process continues today. Many feel that the influence of early primaries disturbs the balance of power exerted by the states upon the nomination of candidates, and thus selection of the president.

That deceptively simple process is followed by onerous job of amassing a war-chest of campaign funds, then winning the hearts of voters in grueling and costly state races and general election.

Thus the process of becoming a candidate for Presidential election under the two mainstream parties of Republican and Democrat has become not only physically torturing but has become a big money spending game. A winner of the Presidency of the USA is sworn in on January 20th, the president enters office in formal ceremony known as the Inauguration usually attended by thousands of citizens and other citizens of the World.

Some of the notable names of aspirants for office of US president are; Micheal Bennet- Senator for colorado; Mr Joe Biden the current Vice President of the U. S; Andrew Cuoma-Gov of New York; Rahm Emmanuel -Mayor of Chicago n fmr white house chief of staff; AL Franken- US senator from minnesseto;Jack Markell- Gov of Delaware; Claire Mccaskill -Us senator;Janet Napolitano- former United states secretary of homeland; Mark Warner- US senator.