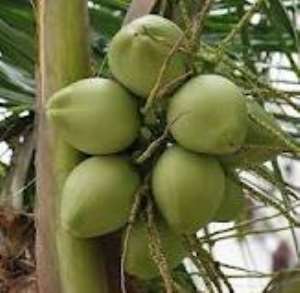 A 17-year-old Junior High School student who paralyzed after his teacher forced him to pluck coconut fruit to quench his thirst, has unfortunately died.

Richard Djamgba developed several complications due to his family's inability to raise funds for a surgical operation.

The JHS one student of the Suhum Aboabo Wonkier Presbyterian basic school was sent by his science teacher only known as Sir Johnson to pluck him fresh coconut fruit on a nearby coconut tree during break time in October last year.

Unknown to Djamgba the gesture he extended to his teacher could lead him to a physical deformity.

The poor boy came crashing down to the ground and lapsing into unconsciousness.

His uncle, Samuel Narh who confirmed the death of Richard Djamgba told reporter the family couldn't help his situation due to financial constraints.