The Tragedy, Colonialism, And Ghanaian Mental Disposition: Corruption Is The Root And The Flood Is The Fruit 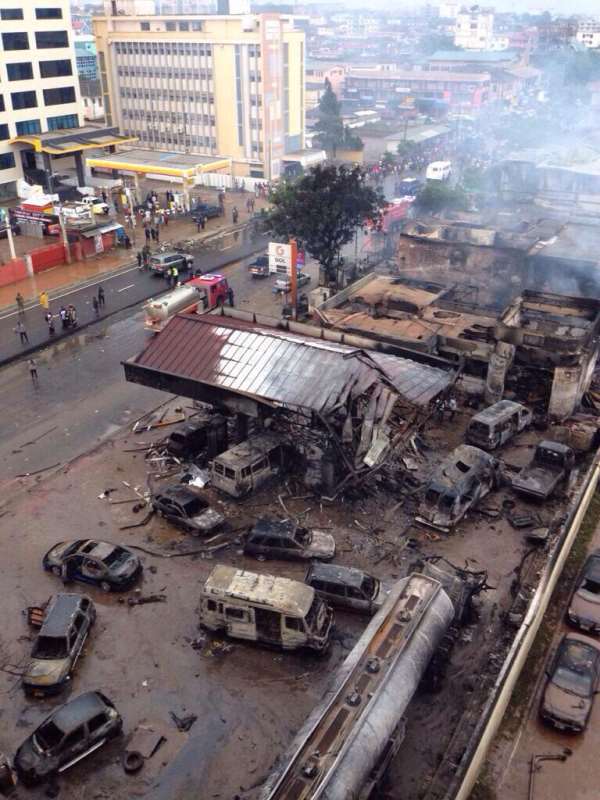 Everyone is blaming the Wednesday's flood with its corollary traumatic and disastrous effects on the mental disposition of the Ghanaian. Some are even saying Ghanaians are lawless and antinomians. I agree that some Ghanaians have been very reticent in observing the 'modern' laws. But are there even laws? Well, I beg to differ. The attempt to essentialise and universalise Ghanaian attitude is illogical.

Again, homogenising Ghanaians is also fallacious. First, if 'Ghanaians' have 'negative' attitude towards the environment, the questions we need to ask ourselves are, 'where from this attitude? Has it always been with Ghanaians? Attitudes do not emerge out of empty space: they are cultivated, and nurtured over a historical time period. So, we should approach with a deep sense of care when we are discussing anything related to Ghanaian attitude.

A bit of historicity will do. Historically, most societies in Ghana in pre-colonial era had very positive attitude towards the environment. In a society that was less advanced technologically, dependence on the environment was the only way of surviving the drudges of life, and as a consequence placed a high sense of obligation on people to keep the sanctity of the environment.

So, among the Akan people, for example, there were rules enshrined in the Akan cosmogony that ensured that the environment was protected from wanton destruction. There were also rituals consolidated in centuries of myths to guarantee the conservation of the environment for sustainable use. The reservation of some days, Thursday and Friday as fallow days for the land was significantly necessary for preventing the environment from excessive pillaging.

But alas, things changed when Kwasibroni, the Muzungu, came to the Akanland. He supplanted the role of the traditional chiefs and established a ‘modern’ centralized system of administration. The centralised administration, which he brought, required people to pay taxes in order to have their environment cleaned for them. A new attitude towards the environment was implanted in the minds of the people.

People now had to relegate their traditional duty of cleaning the environment to a subservient paid person. The indirect rule, which also resulted in what Prof. Mahmood Mamdani, refers to as decentralised despotism meant that more powers were given to some of the chiefs to oppress their own people. So, since the institutionalisation of taxes by Kwasibroni, many people felt that there was no responsibilities placed on them directly clean their environment; they had to pay for someone to do that job for them.

During the struggle against colonialism, much was not done to discourage this negative attitude that was creeping into the psychology of Ghanaians. The nationalists encouraged Ghanaians to treat anything belonging to the colonial government with disdain. This was a political strategy meant to frustrate the colonizer to leave. Thus, knowing the implications of what was couched as positive defiance, on the day of independence, Nkrumah was spot on when he admonished Ghanaians to have a change of attitude since they were no longer under Kwasibroni.

But alas, the harm had been done already: the apathy and indifference Ghanaians had developed towards anything belonging to the state had been incorrigibly stuck in the minds of Ghanaians. Most Ghanaians still think that anything belonging to government must be treated with recklessness, hence the popular Ghanaian maxim, 'Government's work, we don't carry, we push.' Again, in Ghana, if you are fond of trying to defend state property, you are likely to be asked whether whatever you are trying to protect is for your father.

Post-colonial governments have not been able to change this negative attitude. Most Ghanaians still expect the state to take care of cleaning the environment for them. When I was growing up, the institution of Tankase (Town Council) was very effective, and our parents were very careful not to breach the sanitation law in order not to be prosecuted. But things have really changed. We don’t know what happened to the Tankase system. Partisan politics and lack of political will have frustrated the attempts of Ghanaian political elite to deal with the sanitation situation in Ghana head-on.

Corruption in high places has even hardened the negative attitude of the Ghanaians towards the environment. Taxes are collected, and yet the fruit of it is not seen. It is true that many Ghanaians do not willingly pay taxes, but the question is: how do we motivate them to pay taxes? One way of motivating Ghanaians to pay taxes is to make it explicitly clear to them the things the taxes are used for.

Yes, we need a change of attitude, but we also need leadership by example. Our leaders are called leaders because they must lead the way. We expect them to change, in terms of the way they use the country's meagre resources. It is not just enough sympathising and commiserating. We need action. It is always a tussle to get a building permit in Ghana, that is against the fact that a lot of people are willing to do things right. I had my brush with flooding a few weeks ago when it rained torrentially in Accra. My 'ghetto' was flooded and I lost a significant number of my books: so I can identify with those who have lost lives and properties to the flood. I want to expresses my condolences to all the deceased families. My consolation to that is that, If the deceased were saved by the blood of the Lord Jesus Christ, then they had nothing to lose, but an old sinking world. Satyagraha!!!