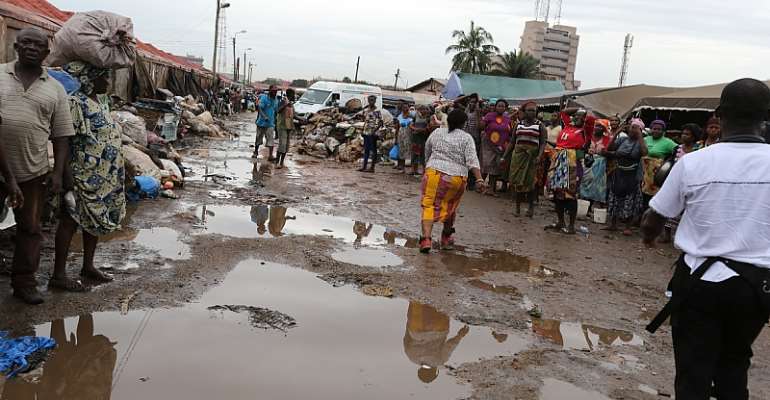 Flood occurrence in Accra is not exactly news. The predictability of government leaders in assuring that something will be done to make the current year’s flood the last on their watch is also not news. What is news is not only the casualty levels, but also the apparent lack of preparedness by the various levers of government to deal adequately with the immediate aftermath of floods in terms of displaced persons, injured persons, collapsed buildings, debris, you name it. The lack of preparedness to deal with the June 4, 2015 floods is exemplified by Mr. Oko Vanderpuije, the Mayor of Accra, who was busy hosting Mayors from around the World during the week of the floods. Fortunately, Media Houses, Churches and Mosques, and some other organizations do step in to complement an otherwise inadequate government response.

A wise saying has it that “if you cannot keep a promise, don’t make one”. Some of our Presidents apparently never heard of this saying. A chronicle of events in the last decade or so would throw more light on the insensitivity, propaganda-mindedness, and general apathy of the NDC government towards the incidence of flooding in Accra.

On July 12, 2010, an 11-member Task Force headed by Commodore Steve Obimpeh (then Senior Presidential Advisor), that was established to look into the flood situation in Accra, among others, presented its report. The Task Force had been set up by President Mills on June 24, 2010. The Report, according to a statement that was signed by the then Minister of Information, Mr. John Akologu Tia, was received by the then Chief of Staff, Mr. Henry Martey Newman. It was reported then that the Task Force, per their Report, had made recommendations for short-, medium-, and long-term measures to curb the perennial flooding situation in Accra. Mr. Newman assured that government would act on the recommendations. Did they?

On November 6, 2012, Ghanaians were informed that the Accra Metropolitan Assembly (AMA), in partnership with Conti Infrastructure Ghana Limited was to start work on a $595m Accra Sanitation, Sewer, Stormwater and Drainage Alleviation Project to control the perennial flooding and sanitation challenges in the city. Parliament, Ghanaians were told, had already approved the loan facilities with the EXIM Bank of the USA and Standard Chartered Bank. A number of fanfare and public sensitization exercises followed that ended with President Mahama cutting a sod in January 2013 to signal the commencement of the project. As at the time of the sod cutting, the project, dubbed Accra Sanitary Sewer and Stormwater Drainage Alleviation Project was estimated at $663,299,496 and was projected to be completed over a five-year period. Nothing at the sod-cutting site today reflects this project. What happened?

On June 7, 2014, following his tour of some areas of Accra that had been devastated by floods, it was reported on www.myjoyonline.com that President Mahama had directed the Ministry of Finance to release funds for the immediate commencement of the Accra Drainage and Sewer Project. Did that happen?

On June 21, 2001, six months after President Kufuor and the NPP had been office, Accra was hit by devastating floods. The Kufuor Administration assured that no effort or expense would be spared to improve the flooding situation in Accra. With the assistance of the French government, a French company, and some institutions in Ghana, a major desilting, construction, and restructuring of some primary drains in the city took place. And over the next seven years, no major disaster ever took place in Accra even in flood-prone areas like Alajo (see Accra’s Historical Flooding Profile in table below).

Flood Profile Disaster of Accra Since 1968

Ghanaians have a right – in fact a duty - to call on the NDC government to keep its promises as far as the incidence of floods in Accra is concerned.

Indeed, time it was when LEADERSHIP and GOOD GOVERNANCE counted for something.

I will disappoint any MMDCE who doesn't live up to expectati...
40 minutes ago