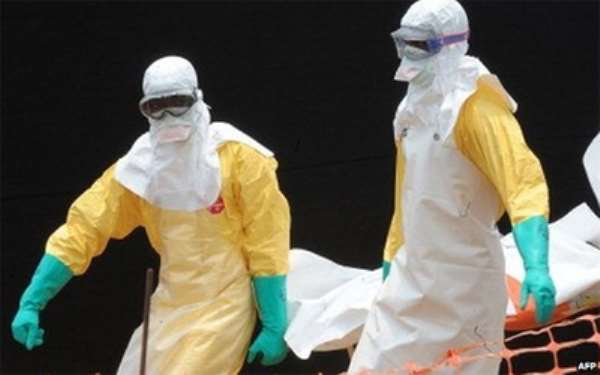 It has emerged that the Food and Drugs Authority (FDA) has already sanctioned that Ghanaians should be used for the much-talked-about Ebola vaccines trial.

The FDA's approval is coming at a time when some Ghanaians, particularly the Volta Region branch of the ruling NDC are protesting the decision which they said is tantamount to using the people from the region as 'human guinea pigs.'

Students of Hohoe Midwifery Training School have been selected as volunteers for the test trial in exchange for GH¢200 each and mobile phones.

Approval letter
An FDA approval is contained in June 8, 2015 news release signed by Hudu Mogtari, Chief Executive, said Ghana had joined the likes of the United Kingdom, United States and others in search for effective Ebola treatment.

'Ghana has joined other African countries in the global search for an effective vaccine against the deadly Ebola virus disease (EVD) which has claimed thousands of lives in Africa over the past few months,' the statement said.

Safety
It said the FDA has already had technical discussions with international partners and had granted approval for 'one trial which will test the safety and immunogenicity (indication of how the body will recognise and defend itself against substances that are foreign and harmful) of a potential anti-Ebola vaccine in one site in the country.'

The statement said the vaccine being tested had been produced by one of the world's biggest pharmaceutical companies and the evaluation of the trial protocol included leading experts in Ghana who are considering a second application.

'The FDA in considering these applications is mindful of its public health protection role in Ghana as well as its overall contribution to global health', adding, 'These trials are being conducted to the highest ethical standards as operates globally and the FDA is satisfied that all measures to ensure complete participant protection are in place.'

Chiefs' Invitation
The School of Public Health (SPH) at the newly-established University of Health and Allied Sciences (UHAS) which has been fingered as being part of the whole vaccine brouhaha wrote to invite all paramount chiefs and queenmothers at the Hohoe Traditional Council for a meeting over the issue slated for April 22, 2015.

The letter, written on April 16, 2015 and signed by Dr Margaret Kweku, Acting Dean of SPH, had said the meeting was being convened to offer the opinion leaders the platform in discussing 'the impending phase Ebola vaccine trial' to be carried out in the Hohoe Municipality.

Fiery protest
A Coalition for Ghana's Independence Now (CGIN), a pressure group, recently revealed that the project was expected to kick off at Hohoe in the Volta Region soon, and added that health officials had already approached students of the Hohoe Midwifery Training School to volunteer for the trial.

According to the coalition, the students had been promised GH¢200 each and mobile phones. They will also receive other compensations such as transport fares, among others, depending on how the trial goes.

'We want to say without fear or favour that Ebola is not just a disease but rather a well-planned business. A business where people have created an artificial problem and now looking for a market to sell the solution and we are telling Ghanaians beforehand that there is and will be no way by which Ghana can go through this Ebola virus human experiment without Ebola being spread country wide.'

'We also would want Ghanaians to know that since there is no a single case of Ebola or patient in Ghana, healthy people would have to be infected with the Ebola virus before the said vaccine is administered to them for a gamble.

'It is, therefore, from the above illogical scenario that we consider the intended human experimentation of Ebola in Ghana as criminal, human right abuse, thievery and a total disrespect of Ghanaians as human beings.'

NDC concerns
The Volta Region NDC asked the Ministry Of Health to immediately call off the Ebola vaccine trial in the region.