Launch out into the deep 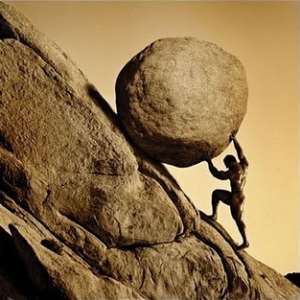 “Now when he had left speaking, he said unto Simon, Launch out into the deep, and let down your nets for a draught”. Luke 5:4 (KJV)

I RECENTLY had the privilege to visit a beautiful fishing community in Cape Coast – Central Region of Ghana – West Africa, which is wrapped by the sea where individuals come as far as other regions of Ghana and Africa to fish.

While I was there I had the chance to visit the sea and watched fishermen carry out their routine fishing business.

When I arrived, there were three groups of fishing folks standing by the seashore pulling their net whiles others were also washing their nets. I was so excited though a little bit disappointed and sad as some have struggled all day and night long without a catch.

I have always read books and the Bible about fishermen and the fishing business; however, I never had the privilege to see them in action.

I asked them if I could take them some pictures. They gave me the opportunity only after I agreed to offer them something in return. Inquisitive as I was, I tried to find out how far their business has been. They explained that they had been there since 12:45 am and the time was now about 1:15 pm. As I waited zealously to see what they would catch, I enthusiastically offered to assist them pulling the net from the sea. I asked them how long it would take them to completely pull the net from the water. Their answer was probably 1-2 hours depending on the situation. The net they were pulling extended itself to a relatively deep of the ocean.

As I waited, the first group of fishermen finally brought in their net. Very unfortunate for them they had not caught anything. I felt sorry for them. These indefatigable fisher folks had been working for the past 10-12 hours, without a catch. Complete failure.

One of the realities of Christianity is that, sometimes you will pray fervently for something from God but without results. Now nobody will like to go to a man of God for counselling only to be told bad news. However, in reality suffering and sometimes failure is part of life.

The sun was hot and scorched so badly. Not long ago, coincidentally, both the second and the third groups arrived at the seashore. I decided to help them pull their nets off the sea. To my very amazement I discovered they had equally caught nothing; just ocean dwellers who had wasted their precious time in the sea for over 10 hours just having fun with the sea breezes.

Aaaaaah! I now understand how Jesus Christ felt as He saw Simon Peter and his fishing buddies having laboured out all night without success. He had compassion and offered them assistance at the right time.

I tried to question them why they never had anything after those hours of HARD LABOUR, but I was afraid I might arouse their fury. Of course, a “hungry man is an angry man”. Nevertheless, I gathered some degree of courage. Their responses were obvious; THEY HAD NOT VENTURED INTO THE DEEP OF THE WATER ENOUGH.

These fishing folks were, of course, local fishing men; they did not have the right machinery that would enable them to take their boats into the middle or centre of the water, cast their nets and pull the nets right from the boats. They were of course limited by the very few opportunities that were around them.

As a result, they would have to extend their nets from the shore into the sea as far as they could with all hopes of getting the nets as close into the deep as possible. What it would take for them to get into the deep is the right resources – capital; so they could invest in the machinery that will enable them to go into the deep. IT REALLY COST TO LAUNCH OUT INTO THE DEEP.

OBVIOUSLY this explains why JESUS CHRIST instruction to Peter was that he should launch his net into the deep. Though initially Peter was discouraged and uncertain about Jesus' request, he notwithstanding gave it a second thought and obeyed His instruction and was rewarded for it abundantly. The deep is a place that extends far beyond the reach of other men.

Launching into the deep involves some risks. However, your ability to take such a decision depends solely on your level of determination. In the real world, sometimes some radical decisions would have to be taking in order to achieve one's destiny. Don't get in a rut. Avoid the comfort zone. Push yourself. Accept, and actively seek out new challenges. Take chances. Avoid routines, or if you end up with one, change it for change's sake. If you usually drink coffee at breakfast, try a cup of tea instead. If you normally take route A, try route B, or C, once in a while.

Is there a different way of doing this/that? Or rather how many different ways can you think of? Allow yourself freedom to brainstorm on a frequent and regular basis. In brainstorming phase accept everything that comes into your head; don't censor yourself, the wider the idea, the better. Of course, brainstorming needs to be followed by rationalization, but at a later time. Keep a note of all your ideas, even the initially rejected ones. You never know when they might be useful.

If we desire different results, we must do something different. This implies that we are creating outcomes by what we do, and what we do is driven by what we think and believe. Assuming we do create our own reality, it follows that if we remain unchanged our reality will remain the same, but this is not the case. The world around us changes constantly, therefore if we continue to do the same thing over and over and think similar thoughts, never changing them, we are not really remaining the same, but rather we are refusing to accept change and by doing so, creating difficulty and resistance in our lives.

Life is meant to be wonderfully fantastic beyond our wildest expectations, but we must do something different to achieve this happy state if we are to rise to a higher consciousness. Each of us is required to determine what changes are necessary in our unique, particular lives to bring us to heaven on earth. Start small, make tiny changes and begin to see the results, for many small changes add up to larger ones and new and exciting realities.

Nothing is impossible to the man that believes. You are winning if you don't quit.

More trouble for Weija residents as more volumes yet to be s...
50 minutes ago