I Will Criticize Buhari’s Government Because… 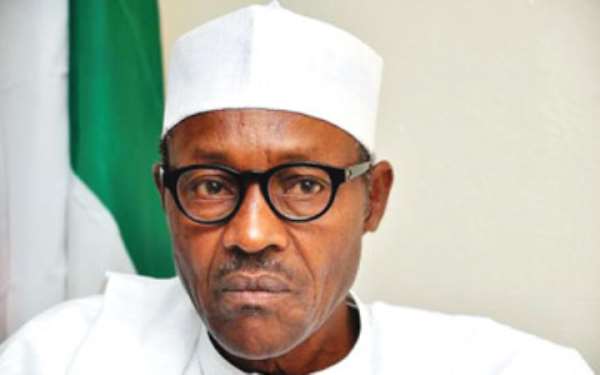 Welcome to Nigeria where the government is responsible and blamed for every damn things. If mosquito bites you, you will blame the government…(unknown)

It is the same way I will be watching Ambode, and looking at Ipeazu of Lagos and Abia states respectively.

I won’t criticize without commending, neither would I criticize just because I have a medium nor because I do not like Buhari’s face or care about his faith. On the contrary I will write about things that affect me, so the local councilor and Chairman will not escape my wrath, nor will legislators both at state and national level go free if they get it wrong.

Talking criticisms, sadly, the easiest and most attractive national past time now seems to be buck passing between the winners and the losers...We know them, we know ourselves, even those of us, that "siddon looked"...our game was and is made easy especially with the bunch of leaders that we have, that can hardly peel a banana nor wash an already white handkerchief.

Not many of us wont take responsibility for anything, from personal, to family or national life. The blame is on the system.

We do not need to create demons out of our leaders because they are specimen of demons, so we hang our sins on them appropriately and inappropriately too. And unfortunately their behaviour has made it easy for the critic to descend on them.

We at most, talk, write and discuss the Nigerian myth with a sense of fatalism.

If everyone thought as much as I did about justice and fairness, life would be better. I am critic, but I am also the critics’ critic, the unrepentant believer that the best way to keep government on its toes is to keep harping on their flaws so they can improve.

Often I say I believe the things I write on, are important for our nation as they are for other nations, but when it appears to me Nigerians especially those in authority do not react to these issues as people in other lands do, I repeat them in new essays to remind old readers and recruit new ones to participate in the continuing dialogue.

As a critic, even my bitterest opponents, ex-President Jonathan's disciples and the new Buhari dudes on the bloc, and crooks called politicians have to read me personally or have someone read me and tell them what I said and did not say, so that their anger can be kept burning hot.

Government bashing is a national past time and every drinking joint, and suya spot has a sitting parliament with an expert on every issue, like Aisha Buhari’s wristwatch, or whether she occupies the office of first lady, or first wife. Even married men, and young women, with questionable lives both on personal and domestic level, are talking there.

The best government policy cannot change the individual, because people with warped thinking and a bad foundation make a nuisance of such policies.

Because NITEL, NIPOST, NPA, NMA, everything and anything that has an N has been run down. Even Nigeria herself or is it himself is being run down, so I will criticize Buhari, as my expectation from him is high.

And despite my barrage on the leadership, I will criticize us, as I believe we can do a lot in improving our lot, we do not need a decree or law that would ban urinating in public place because it is wrong. We do not need government to teach us to stop treating ourselves like animals.

Do we need government to teach us that we demand responsible leadership and representation? Certainly not, we should know that and act in a fashion that depicts that we demand more than what we are getting.

So when I criticize Buhari, it is because I want him to succeed, and I believe that his success will rob off on us, I will critic his actions and inactions because I want to see change, and because I am changing in my own little corner.

The burden of expectation is high on this administration, it needs to correct, stop, heal, and do loads in a short time, will the Nigerian populace suffer another expectation fatigue--Only time would tell.