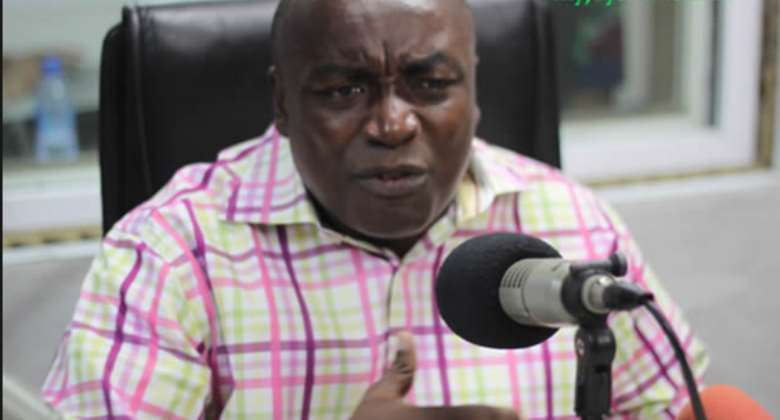 Before treating the topic “Obstinacy is the cause of the horns of the hornbill” as in relation to the NPP General Secretary Kwabena Agyei Agyepong, I will first like to convey my condolences to the bereaved family of the late Mr Mahama Adams, the Upper East Regional chairman of NPP. He has callously been murdered in an acid attack on him by some assailants, one of whom is understood to have been apprehended by the police as I write. He died on Thursday, 21 May 2015.

When I first heard the news, I was numb with disbelief. How could he be killed in that barbaric manner without the assailants or their employers knowing they will sooner be discovered or arrested? It was not long ago that Adams marshalled some dedicated NPP faithful to obstruct a secretly planned partial NPP meeting organised by the NPP regional organizer, probably at the behest of NPP Chairman Paul Afoko and NPP General Secretary Kwabena Agyepong.

The meeting was scheduled to take place on Thursday 14 May 2015 at the Azonsolum Guest House in Bolgatanga. He had since warned Chairman Afoko and Secretary Agyepong not to side-line NPP-elected officers that they do not like, accusing them of causing unnecessary tension in the party.

Even if any of the assailants had not yet been arrested, and without their names allegedly mentioned by the victim before his death, Kwabena Agyepong and Paul Afoko would still have become suspects in the minds of many a Ghanaian, let alone, Paul Afoko’s younger brother, Gregory Afoko, been named as one of the attackers.

Kwabena Agyepong consumed by arrogance and full of mischief; a perceived saboteur within NPP, allowed the devil to carry him on his wings, flew him high above the sky. Looking down from that far away height, he saw himself elevated above anyone else. While enjoying his momentary elevation, forgetful of the fact that he is a mere mortal being, the devil abandoned him by flapping his wings, causing Kwabena’s free fall from that height. He has now fallen from grace to grass. He has fallen to the ground with a thud.

How does he exonerate himself from blame, with regards to Mahama Adams death? He did not kill him personally but if he had not arranged that dubious secret meeting, Adams would not have thrown out that challenge which might surely have angered his assailants. It is said, “If a child falls down behind your house and passes away, you did not kill him but your name will forever be mentioned in association with his death”. This is the sad situation in which Kwabena Agyepong will forever be associated with Adams’ death.

Kwabena has been so stubborn to listen to any warning or admonition from me. He has been too full of himself to heed any advice about how wickedly he was carrying himself about by whomsoever. Now, how does he defend himself even though he did not kill Adams himself? Has he seen how the devil can deceive people? Now, where is his glory? Can he conduct himself the way he was doing before the occurrence of this regrettable incident NPP faithful are forced to cope with? I am afraid not.

As we ask at times, “Death, where are your stings?” so shall I ask today, Kwabena, where is your power now? Many a Ghanaian, especially a member of the NPP seeking the good of Ghana will question your credibility and innocence if not tease you, following the untimely death of Adams under such questionable circumstances.

Admonishing alone does not reform people but problem, so they say. If Kwabena Agyepong and Paul Afoko were working in behalf of some faceless individuals bent on ruining the chances of NPP winning election 2016 to save Ghana from sinking further - economically and socially, now such individuals must bury their heads in their palms in shame. What has happened could well be the bitter fruit of Agenda 2020. We must all be ashamed of the sad end of our brother, colleague, father, husband, nephew and cousin, Mahama Adams.

Do we have any lessons to learn from his death? We should never be so obstinate when we realise that what we are doing is not in line with people’s expectation. When we know in our hearts to be acting mischievously, we have to be careful and refrain from such acts or else, an unpalatable misfortune can befall us as it is now the situation in which both Paul Afoko and Kwabena Agyepong find themselves. They may not be aware or connected in any way with the incident (Adams’ death) but who will believe them, except God?

Kwabena’s political career will soon come to an end if it has not already floundered. I placed publications on Ghanaweb, Modernghana and Spyghana to warn him as any loving father would do to their children but he chose not to listen. He rather decided to pursue his own childish motives, thinking he is his own man without anybody able to stop him. If he was hired to behave and do as he did, has he now seen his end?

This is a bitter lesson for all of us, especially, those NPP members resolutely determined to sabotage NPP from winning election 2016.

Once again, I express my heartfelt condolences to the bereaved Adams' family including all NPP faithful and the good people of Ghana who care about the welfare of every Ghanaian. We should not let Adams’ death go in vain. It must bring about the very positive changes he stood for to ensure victory for NPP to liberate Ghanaians from the shackles of socio-economic slavery in which they currently find themselves.

Another obstinate guy in Ghana is DCOP Kofi Boakye. I hope he will go back to read again all that I have published about him before it becomes “had I known to him” as it may now be the fate faced by Kwabena Agyepong, my son.