Renewable Energy Utilization Is The Solution To Power Crisis—Dr. Adams

By Adnan A. Mohammed 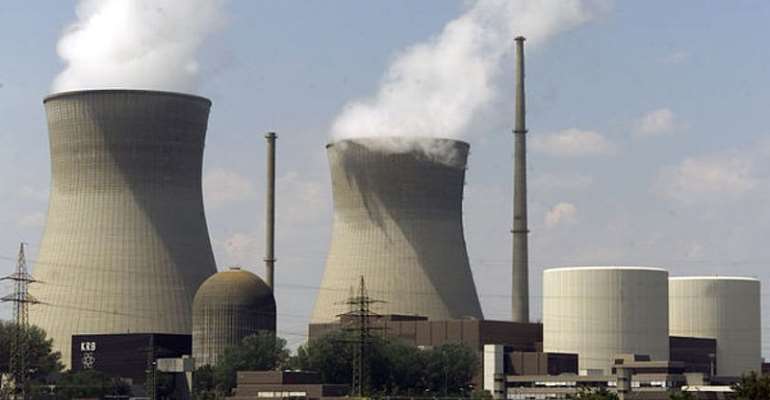 The critical energy situation in the country currently has forced many energy experts and stakeholders to think critically outside the box to come out with alternative and new ideas to solving the power crisis.

Dr. Nuhu Adams, the Municipal Chief Executive of Awutu Senya East Municipal Assembly has suggested that, alternatives sources energy is the solution to dumsor and not fixing the problems of the existing plants.

He proposes solar power generation in the communities to serve at least every 500 houses, thereby allowing the hydro and thermal generation to be diverted to industries and critical sectors of the economy.

Communities having their own solar source of electricity will also to contribute to conserving energy, since everyone becomes a check on the other.

Dr. Adams made this propose at a validation workshop on key findings of the state of energy in the municipality in a project dubbed, “Supporting African Municipalities in Sustainable Energy Transitions” last week at Kasoa.

However, according to, Simon Bawakyilenuo, (PhD) of the ISSER, he said, our housing style is a major contributor to our current electricity supply shortage. He noted that, studies have shown that, glass houses use three times more of electricity than the ordinary houses with louvers and wooden windows.

“Glass houses are the style of the western countries where they need heat more in the year round because of their climatic condition which does not demand much use of air conditioners.”

“The houses that we put up have direct effect on the energy consumption in the country. Citing example with the la villagio residential apartment at Tetteh Quarshie roundabout, he said those buildings could use power of a whole town, because it is full of glass and automatically incorporating air conditioners in all the rooms which demand more use of electricity.

The assembly collaborated with the project implementers and the Institute Of Statistical, Social And Economic Research of The University of Ghana (ISSER) three years ago in anticipation of power crisis ‘dumsor’ situation to consider alternative source of energy use in the municipality.

The MCE stressed that, the assembly was going to promote the use of solar panels by individual households and businesses whiles attracting investors to establish solar farms to generate on commercial base that could be connected to the national grid to supply the townships in the municipal electricity.

“Promoting energy conservation is also critical to bringing the energy situation under control and the assembly is ready to collaborate with various stakeholders to ensure that, intensify awareness creation and campaigns are undertaken,” Dr. Adams emphasized.

In an interview with the Economy Times, Mr. Bawakyilenuo, who presented the findings noted that, sustainability of energy source and energy use efficiency was the focus of the project. He said, conservation is much critical to help solve the country’s energy crisis since there are too much of wastage in the system.

Mr. Bawakyilenuo said, energy generation must come from clean sources, biogas, solar, wind and biogas which is sustainable and also contribute to reducing the effect on climate change.

“ASEMA is young and has potential to grow and therefore need urgent strategies to help address future challenges. The population of asema could be quadriple by 2030 and therefore will need sustainable energy source,” he further noted.

The four years project of research, capacity building, awareness creation and stakeholders consultation at an estimated budget of over 1.0 million Pounds, implemented by eight project partners implementing in three countries in Africa.

This research document that was validated by stakeholders in the municipality on the state of energy situation and use is an output from a project co-funded by UK aid from the UK Department for International Development (DFID), the Engineering & Physical Science Research Council (EPSRC) and the Department for Energy & Climate Change (DECC), for the benefit of developing countries.

The views expressed are not necessarily those of DFID, EPSRC or DECC, or any institution partner of the project

Supporting African Municipalities in Sustainable Energy Transitions” (SAMSET) is an EPSRC/DFID/DECC-funded project that seeks to develop a knowledge exchange framework for supporting local and national bodies involved in municipal energy planning in the effective transition to sustainable energy use in urban areas.

Key Findings of the research with reference to the total number of households, commercial and industrial activities in the municipality, the total energy consumed in ASEMA is estimated around 4965445.85 Gigajoules as of 2013.

The transport sector constitutes the largest share (68%) of the total energy consumed in the municipality.

The household sector is the second largest energy consuming sector in GEM, constituting about 16% of the total energy consumed, followed by the commercial sector, 13%.

Considering the implication of these findings vis-à-vis sustainable energy issues, it was identified that; architectural designs and the cooling systems that come with them have got implications on energy efficiency, Biomass will remain a major cooking and water heating energy source to most third class and non-electrified households in the municipality in the near future. How efficient are they being used?

The objectives of the SAMSET project are: promoting the implementation of the Municipality’s sustainable energy and climate resilience work, learning how best to support sustainable urban energy transitions in fast-urbanising Sub-Saharan Africa, and disseminating information on this.

SAMSET activities includes:Provision of training and capacity building, Provision of support, including planning, strategy and specific technical support, Sharing lessons between municipalities, Profile the achievements of the Municipality nationally, Africa-wide, and internationally, and Developing an improved Knowledge Exchange Framework.

It is established that the world all over currently relies heavily on coal, oil, and natural gas for its energy. Fossil fuels are non-renewable, that is, they draw on finite resources that will eventually dwindle, becoming too expensive or too environmentally damaging to retrieve. In contrast, the many types of renewable energy resources-such as wind and solar energy-are constantly replenished and will never run out.

Most renewable energy comes either directly or indirectly from the sun. Sunlight, or solar energy, can be used directly for heating and lighting homes and other buildings, for generating electricity, and for hot water heating, solar cooling, and a variety of commercial and industrial uses.

The sun's heat also drives the winds, whose energy, is captured with wind turbines. Then, the winds and the sun's heat cause water to evaporate. When this water vapor turns into rain or snow and flows downhill into rivers or streams, its energy can be captured using hydroelectric power.

Along with the rain and snow, sunlight causes plants to grow. The organic matter that makes up those plants is known as biomass. Biomass can be used to produce electricity, transportation fuels, or chemicals. The use of biomass for any of these purposes is called bioenergy.

Hydrogen also can be found in many organic compounds, as well as water. It's the most abundant element on the Earth. But it doesn't occur naturally as a gas. It's always combined with other elements, such as with oxygen to make water. Once separated from another element, hydrogen can be burned as a fuel or converted into electricity.

Not all renewable energy resources come from the sun. Geothermal energy taps the Earth's internal heat for a variety of uses, including electric power production, and the heating and cooling of buildings. And the energy of the ocean's tides come from the gravitational pull of the moon and the sun upon the Earth.

Ocean energy comes from a number of sources. In addition to tidal energy, there's the energy of the ocean's waves, which are driven by both the tides and the winds. The sun also warms the surface of the ocean more than the ocean depths, creating a temperature difference that can be used as an energy source. All these forms of ocean energy can be used to produce electricity.

Ghana has great potentials to tap into the benefits of the renewable energy sources especially looking at the current situation in which we find ourselves, where the hydro and thermal power generations are costing the country hugely.