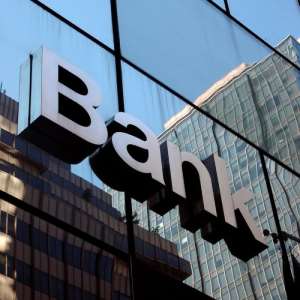 Twelve major commercial banks in the country have decided to not issue letters of credit (LCs) to bulk oil distribution companies (BDCs) as a result of the huge debts the BDCs owe the financial institutions.

A similar incident occurred in July 2014 when seven out of 10 key banks withdrew the financing of petroleum product purchase, which led to acute fuel shortage.

They, however, resumed the issuance of LCs to the BDCs after the government made payment of US$150 million directly to the banks as part payment of its indebtedness to the BDCs.

According to the Chief Executive Officer of the Ghana Chamber of Bulk Oil Distributors (CBOD), Mr Senyo Hosi, 'The situation is very frustrating because the effect is that our members are increasingly finding it difficult to raise LCs to import petroleum products to serve the market.'

'Our efforts at applying unorthodox trade finance models continue to prove inadequate to meet the market demand,' he noted in an interview with the Daily Graphic in Accra yesterday.

This was confirmed in an interview with a senior banking source. The source indicated that the current situation had become precarious and could possibly crash the entire banking sector. It explained that the situation had strained their international credit and confirmation lines.

The source further indicated that a failure to commence the repayment of these huge debts could lead to the insolvency of some of the affected banks.

The government is indebted to the BDCs to the tune of $800 million, representing foreign exchange under-recoveries for 2013 and 2014, price under recoveries and the financing cost (interest) for bearing price under- recoveries, also known as the real value factor (RVF).

According to the banking source, BDCs owed the banks some $1 billion, most of which was being used to fund government's debt to the BDCs, while the remaining was used as working capital to fund inventory and credit to their customers.

The government's debt is as a result of the reintroduction of subsidies.

'As you can see, the figures are huge and the banks cannot continue operating without us paying them back. Funding confidence in the industry keeps waning,' Mr Hosi noted.

The chamber, however, acknowledged that more than GH¢412 million had been accrued in over-recoveries (profit) to pay off price under-recoveries (loss) to its members.

According to the chamber, the GH¢412 million was the balance for under-recovery for subsidies on petroleum products for the period from July 2011 to December 2013.

Mr Hosi said there were growing concerns in the banking sector over the huge debts which had the potential to collapse the banking industry.

'This trend cannot continue. The government must take a firm decision on whether or not to continue subsidising petroleum products,' he said.

Meanwhile, subsidies on petroleum products have been reintroduced, following the steady rise in crude oil prices.

Mr Hosi said the reintroduction of the subsidies would put further financial burden on BDCs which were not permitted by the government to price products they imported.

He said it must, however, have the capacity to budget appropriately and fund the budget timeously.

'The CBOD has always maintained that the pursuit of subsidies as a social intervention is mostly misplaced or ill-targeted. The pursuit of mass transportation and the facilitation of refinery investments will better mitigate the impact of petroleum pricing on the ordinary citizen,' he emphasised.

Lamenting the difficulties faced by its members, Mr Hosi noted that 'BDCs, as businesses, also face losses because the government, more often than not, delays in paying the importer who has to pre-finance these subsidies'.

In another development, a source at the NPA told the Daily Graphic that 'the issue of subsidies are policy issues.

'It is the Executive and not the NPA that determines subsidies', it said.