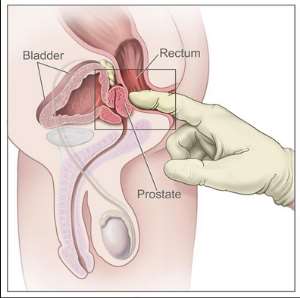 This article appeared first in my column, Prostate world in the Statesman on 18th April 2015

Some physicians argues that early detection of prostate cancer saves lives, that all men should have an annual PSA test to detect prostate cancer, and that those people who oppose the test do so because of concern about the costs associated with biopsies, which may be necessary following a finding of elevated PSA

Such arguments obscure some basic facts:
First, there is no consensus in the medical community that PSA reduces the probability of death from prostate cancer. As the National Cancer Institute notes, “using the PSA test to screen men for prostate cancer is controversial because it is not yet known if this test actually saves lives.”

Second, the reason many health professionals are skeptical about the PSA has nothing to do with money. It has to do with our concern that the test will identify tumors that never would have killed a man in the first place, causing him to undergo surgical or radiological treatments that cause negative consequences, including impotence and incontinence.

There is an oft-used analogy that puts prostate cancer screening in perspective: If a farmer had three animals — turtles, rabbits, and birds — and wished to build a screen to keep the animals on his property, his efforts would have mixed results: The screen is not needed to handle the turtles — they move so slowly they are not going anywhere. The birds would not be managed by the screen because they would fly away — off the property. The only animals that would be affected by the screen would be the rabbits: The screen might prevent them from jumping off the property.

Applying this metaphor to prostate cancer, it is clear that the PSA is only useful when it can pick up the rabbits — those tumors confined to the prostate but with the potential to metastasize. PSA does not help with “turtles,” or rather men whose tumors would not threaten them anyway, nor would PSA help with “birds,” cases in which the cancer already has spread by the time the PSA results are in.

Men should remain highly skeptical of PSA results and should discuss all options with their physicians, including the option of doing nothing (“watchful waiting”) in cases where the tumor appears to be small and non-aggressive.

Birds are the aggressive cancers and hard to treat. The turtles grow slowly and only escape (i.e., metastasize and kill) when they reach a certain size, and then only rarely. The birds grow at different rates, but always faster than the turtles. When they reach a certain size, they are appropriate to escape control. We know that, with prostate cancer, many more men have turtle-like tumors than bird-like ones.

What's at issue is excess treatment. With early diagnosis, doctors pick up way too many "turtles." and the argument is that conventional practitioners treat all the cancer they find, they treat too many men, and because all treatments (e.g., radiation, surgery) have some side effects, there is a risk of causing needless harm.

Still, prostate cancer kills; and it is more aggressive in black men than men of other race. .

What's the value of screening?
The real question is this: does screening capture the "birds"? Does it prevent death from prostate cancer? And is it worth the cost? The death rate from prostate cancer has plunged in places where screening is widely practiced and judging from the fact that black men are more prone to prostate cancer and also more aggressive, it is more prudent that measures are put in place for Ghanaian men for early detection programs. 7 out 9 men diagnosed with prostate cancer dies because about 70% of prostate cancer are presented at the late stage making it very difficult to be manage in Ghana.

Is the PSA test any good?
Once prostate cancer is discovered and the prostate is removed by surgery or destroyed by radiation, PSA is an outstanding blood test, one that can determine if cancer is still present.

When the prostate is present and alive, however, things are more complicated. This is because PSA is produced by both normal prostate cells and prostate cancer cells; in both kinds of cells, PSA leaks out into the blood (and it leaks more from the cancer cells unless the normal cells are inflamed). But cancer cells often make less PSA than normal cells. When all these factors are combined, deciding whether a man with a PSA level under 10 should get a biopsy makes for a complex situation involving complicated probabilities.

But -- make no mistake about it -- when properly interpreted by an expert, the PSA is a very valuable (though imperfect) test, one that helps physicians decide if a prostate biopsy is appropriate. Better biomarker tests need to be developed, ones that detect cancer more reliably, reduce the number of unnecessary biopsies, and pick up the "birds," rather than the "turtles." Many researchers, and their associates, are looking for these biomarkers using very sophisticated technologies.

What should Black men do?
The PSA test is still the best marker available in the black community and unless probably you want more black men to die then you can abolish it.

We need early detection program in Ghana using the PSA test on the NHIS. I believe we should aggressively diagnose prostate cancer in all men who are likely (all things considered) to live 10 or more years longer. We should also aggressively treat men with "serious" cancers (e.g., those with high PSAs or with a lot of cancer in their prostate, particularly if the cancer looks aggressive under the microscope especially black men

Approximately 30-50 percent black men should watch them carefully; we call this active surveillance. Active surveillance entails regular exams and PSA tests, periodic prostate biopsies, and aggressive treatment for those men (about 30 percent) that get worse. These men are also good candidate for alternative medicine.

“Because PSA cannot diagnose prostate cancer. To that end, I’ve shaped my reasoning into what I call the “four cruxes.”

First, PSA, the protein I identified in 1970, is prostate-specific, not cancer-specific. It is present in the normal, the benign, and the malignant prostate and can be elevated by numerous benign factors.

Third, the PSA test cannot distinguish an indolent cancer from an aggressive cancer. Prostate cancer is akin to a “turtle” and a “rabbit” in an open box. The turtle is the indolent, nonaggressive cancer; it wanders around inside the box and goes nowhere. The rabbit is the aggressive cancer; it hops around and might even jump out of the box at anytime and metastasize. We can’t tell the difference between the turtle and the rabbit.

And fourth, prostate cancer is an age-related cancer. If a group of asymptomatic men between the ages of 60 to 69 years undergo a prostatic biopsy, more than 65% of them would have prostate cancer. Therefore, a PSA-prompted biopsy may or may not, related to the individual’s age, find cancer. However, unable to determine among these men which are the turtles and which are the rabbits, results in a huge amount of unnecessary procedures and possibly associated morbidities. Again, the central problem is that we can’t differentiate between indolent and aggressive cancers of the prostate. It’s like flipping a coin.

Well, as the augments going on, Professor Ablin has some good point but to say prostate cancer is age related thing is also misleading, and it is one of the myths. Professor Ablin must also come again to tell us his position on the PSA and black men, did he consider that there are lots of disparities and did he also involve black men in his research. The US Task Force did a disservice to black men by calling for total abolishment of the PSA test for prostate cancer screening. So for black men; our cancer is more of the bird and the rabbit so let be vigilant. These arguments will never end now and it just drew my attention to President Mugabe speech on racism.

Racism will never end as long as we still wash first white clothes, then other colors later.

Racism will never end if people still use black to symbolize bad luck and WHITE for peace.

Even when playing the pool (snooker), you haven’t won until you sink the black ball, and the white ball must remain on the field. But i don’t care, so long as i’m still using the white

toilet paper to wipe, i’m still fine!
See you next week; just be proactive about your health and your cancer if you are diagnosed man