Is Religion Responsible For Terrorism? 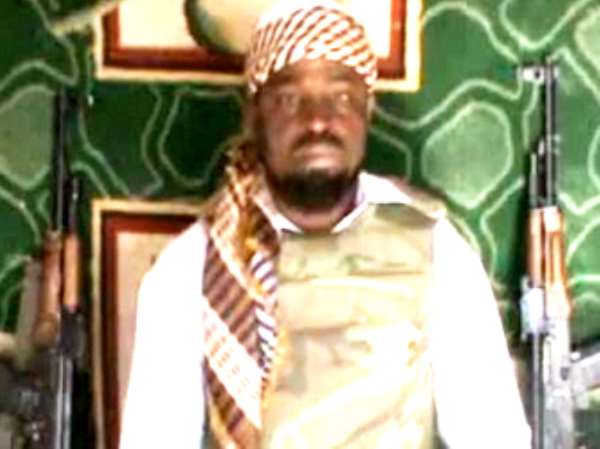 Religion is a spice of life. Like a force, it drives us into doing nearly everything we do. It is meant to benefit people. A man without religion is like a horse without a bridle. Religion is good. It is when followers lose sight of its real purpose that they become insistent upon what others should do.

It is the system of beliefs on the teachings of a deity's' figure that is designed to provide people with a template of how to live a good life. All religions require the acceptance of doctrines without validation of evidence. Call it Faith!

This further explains why the average religious monster would act on a scriptural provision without absolute, whole understanding of the dogmas of the faith. It is not the religion; it is the people who misinterpret extracts of their holy books to an extreme, practicing the beliefs of this confusion from the text.

Beliefs alter how we interact with the world. They are inseparable from our behavior. If you believe in crazy stuff, you are pretty much likely to do similarly crazy stuff. That is why religious extremists are crazy!

One sect may see another's belief as lunacy. If my faith teaches me to slay others in fulfillment of the scriptures, it may come into your view as a brainless, dim-witted idea, but the Vikings believe they will make it to Valhalla (Heaven) if they die during a struggle or even a raid. And that is what they live all their lives for.

So terrorists are a group of people who have taken a particular view of the teachings of a deity and come to a particular repugnant conclusion, regardless of what others' thoughts are.

Is religion responsible for terrorism?
Then comes to mind the saying, 'Not all Muslims are terrorists, but nearly all terrorists are Muslims'

It is not to say that religion is the only factor that leads people into terrorism. No deity or object of worship teaches hostility.

Nationalism, poverty, intolerance, bigotry are active factors that fuel insurgences. For instance, it is known that terrorism predates Islam and is mostly borne out of political oppression, cultural domination, economic exploitation, ethnic discrimination and religious persecution. Kenya's Muslim community, which account for about 11 percent of the population has long claimed political and economic discrimination by successive Kenyan governments.

It is on such premises that the Al-Shabab militant group gained foothold in Kenya.

It is also an undeniable fact that terrorism activities worldwide are supported by non-religious organizations but what is more undeniable is that perpetrators use religious scriptures to justify their violent acts or to gain recruits. And in a number of these sects, clerical figures are involved in leadership roles to push their agendas.

Take a moment to discover the motivations of terrorists. The perpetrators of the attacks on Glasgow, London, Bali, New York and other places have all claimed inspiration from their religion.

Religious extremism has become the main driver of terrorism in recent years. According to the Global Terrorism Index, majority of deaths from violence were attributable to four groups: Islamic State (Isis) in Iraq and Syria, Boko Haram in Nigeria, the Taliban in Afghanistan and Al-Qaeeda. Groups like these portray themselves as religious leaders and holy warriors.

In the attack on the Christian University in Garrisa and one that preceded it, we can to an extent say Islam is not responsible for the mass slaughter of the 148, but Al-Shabab is. Well noted, but the slayers gave pardon to Muslims. Before that 2nd April massacre, the group had launched another equally cruel assail on Nairobi's Westgate shopping center, in which the militants spared Muslims, whiles killing those who were unable to recite verses in the Qur'an.

See, there are bad nuts in Islam as much as there are in Christianity, Shintoism, Buddhism and Zoroastrianism. The Serbs in Serbia who massacred Muslims in Bosnia Herzegovina were Christians. The world has had records of such several extremists' activities. The point is religion can and does foster terrorism.

Human rights have been abused. Millions of lives have been lost from the perpetuation of other people's beliefs. Communities and countries at large have been plagued into perpetual darkness of fear from this menace. Now religious leaders have to deal with growing Christian-Muslim tensions.

Until we fundamentally challenge belief based on faith, we won't conquer terrorism and all the discrimination that faith has caused the history of humanity.

Bottom-line: All religions must be tolerated, because every man must get to Heaven his own way. I judge a religion as being good or bad based on whether its adherents become better people by practicing it. You don't have to take a life to get a life. Accordingly, if your religion highlights salvation through a Messiah, enjoy it as you convince others into it. If yours is branded a religion of peace, be peaceful!