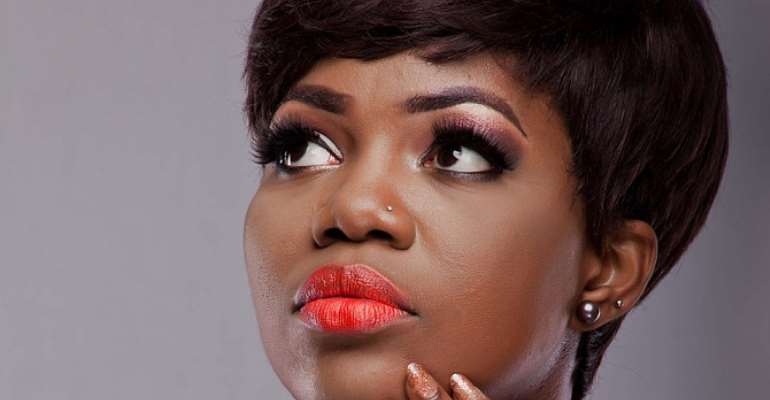 I pray this finds you well. You seem to have stirred up controversy with your bold assertions about Jesus Christ being a character of fiction. I must confess, I was amused by your claim until I read your account of Horus and the possibility of him (Horus) being the authentic messiah. Interesting indeed. You seem well read, something most people who claim to know Christ, refuse to do- read. Just for the record, I am a believer. We haven't met but I felt the urge to converse with you on this very important matter, perhaps there may be something I can learn from you.

I also think it important to dialogue on this issue of faith not just for our purpose but for the benefit of those whose faith waiver under the pressure of doctrines that distorts truth. First let me say that your view on Christ, unlike many did not come to as a shock, not at all, simply because it is a replay of age-old objections raised through history by many atheists, agnostics and all those in-between. You might not know this, but a one-time president of the American Atheists Association said these words:

“There is not one shred of secular evidence that there ever was a Jesus Christ…. Jesus is a compilation from other gods…who had the same origins, the same death as the mythological Jesus Christ.”

So really, you are not alone in your belief. My reason for writing to you is to point out another body of evidence that may demand your verdict. Hopefully you might re-evaluate your stand and change so that true salvation may come to your house and your beautiful children. So help me God but I am going to go your way, the way of scholarship, and I am confident you can keep up since you are a researcher yourself so please bear with me and work with me.

First, let us consider the matter of Jesus Christ's historicity. Now I agree that conspirators can create fictional characters just to manipulate weak and inattentive minds but it is almost impossible to weave such elaborate schemes with the connivance of history and archaeology. So it would be willful ignorance to disregard reports of modern day archaeologists who have dated historical manuscripts that validates the activities of Jesus Christ 2000 years ago. Unless you consider the Gospel accounts themselves part of this fabrication scheme, these writings have been paleographically dated to first century AD. You would do well to review the works of Archaeologists such as A.T Robinson and William Albright or the writings of first century heretics such as Marcion. Now whilst at it you might want to throw in the discovery of ancient manuscripts in the town of Qumran, on the West Bank of the Jordan River in 1946, which had parchments of the Apostle John's Gospel account and many others. Oh, I almost forgot – you don't believe Christ existed so by extension you imply the gospel accounts are fabricated too so let us consider others, shall we? Flavius Josephus was a Jewish freedom fighter turned historian after he got into the good graces of the Roman emperor at the time, Vespasian. In his work, Antiquities of the Jews, he mentions Jesus Christ whilst referring to James, Jesus' follower who was martyred. In a more controversial style, he (Josephus) wrote:

“At this time there was a man who was called Jesus. His conduct was good, and he was known to be virtuous. And many people from among the Jews and other nations became his disciples. Pilate condemned him to be crucified, and he died. And those who had become his disciples did not abandon his discipleship. They reported that he had appeared to them three days after his crucifixion and that he was alive. Accordingly, he was thought to be the Messiah.”

This is a historical document oo, Ekua, not found in the New Testament so you cannot claim it to be biased. I could cite first century Roman historians such as Tacitus (A.D 55-120), Suetonius (A.D 69-130) and other Roman public servants all making reference to Jesus Christ as being worshipped by the early Christians much to the chagrin of Rome, since Rome wanted all subjects to worship Caesar. For your sake, I have deliberately steered clear of putting forth literary evidence from New Testament sources because you might say it is biased; a standard refrain from cynics and skeptics. Nana Ekua, please understand this; this debate is an old one. Time and time again, the enemies of truth have sort to deny Christ by every means but they could not refute the evidence presented by history and attested to by archaeology. It seems to me, God delights in exposing the fallacy of atheistic and agnostic arguments with the passage of time, through archaeological discoveries. Wait, there is more. This is about to get interesting.

I read in you transcribed interview that you believe in God and the Old Testament…yali…yali…yala! So now that you are almost in agreement that Jesus Christ really existed (pardon my presumption), we can examine his status as the Christ, the Son of God. Since you “believe” in the Old Testament, it would be a good starting point for our discourse. Now I agree with what you said in your interview that Isaiah the prophet did not mention Jesus Christ in speaking about the messiah. So let's examine the evidence. Please understand that the books of Old Testament as literary pieces are dated years apart. For example modern scholarship dates the book of Isaiah around 700 BCE, about seven clear centuries before the historical Christ that you deny. The Gospel accounts proves that the story of a coming messiah was not known only in the Hebrew culture. The Gospels speaks of “wise men” from the east who came to Israel in search of the one whose star they followed. So it is reasonable to expect therefore that many would pass off themselves as the messiah for personal, political or religious benefits not just in Israel but non-Hebrew cultures. I suggest to you that, the only way to distinguish the fake from the real is to conduct “the prophetic test”. And just by the way, you mentioned, that the Horus story is 5000 years old and the “fabricated” Jesus is only 2000 years so you believe the latter is a copy of the former. Let me ask you a question before I proceed further. If Horus was 5000 years ago…and Isaiah prophesied the virgin birth of a messiah (Isaiah 7:14) 2700 years ago (2300 years after Horus), then clearly someone besides your Horus was to be born by a virgin, anaaa? So the curiosity should not be which one came first but whether Isaiah's prophesy (besides others) have been fulfilled. Don't answer it. Just think about it. So here it is…it is mind-boggling (to the carnal mind) how Jesus could fulfil over 61 specific prophesies and over 300 messianic references. It was not just His virgin birth or the fact that “he had disciples” madam. It was serious business. Let's look it just three prophesies:

Please educate me on the horrendous “crucifixion” of Horus. Was he betrayed for 30 pieces of Silver? Did he come from the lineage of a Pharaoh called David? Or was he born in Bethlehem? As I said, these are just 3 prophesies. We are talking about 61 specific detailed prophesies and over 300 messianic references, all fulfilled by Jesus Christ. Please google up Peter Stoner, whenever you are free. He was a professor of mathematics. Learn about him tasking 600 mathematics students to calculate the probability of one person fulfilling just eight specific prophesies. Don't forget to review the comments of American Scientific Association regarding his method of analysis.

Listen odo, do not think for a minute that the billions of people on planet earth who have put their faith in Jesus Christ have done so with folly and no reason at all. If not for nothing at all, we have seen marvelous acts with our own eyes, done in the name of Jesus Christ. Am talking 21st Century, not A.D something!! I became a believer and a disciple of Jesus Christ not by a Damascus road experience but by gradual questioning. Who am I? Why am I here? Why did my mum die? How did that mute 4-year old, who was born that way speak?

How is it that the prophet Daniel was able to prophesy, with amazing accuracy the evolution of empires that were to come? So see, once upon a time I was where you are; skeptical, questioning, suspicious…all that. It is alright to ask questions and search for truth. But more importantly, you must know how to evaluate the answers you receive. I perceive that what you have done is accepted deception clothed in sexy mythology. Only Jesus Christ is the truth and the standard of everything truthful. Let me ask you this Ekua: are you truly fulfilled? Do you know who you are and where you would go after death? I am glad you say you believe in God but hear this: God sent Jesus to reveal Him to us, which is why Jesus told Phillip that, “if you have seen me, you have seen the Father.”

He further declared that “no one comes to the father except by me.” Listen, I love you as my sister, I strongly urge you to repent and be saved. I know people freak out when they hear that word “REPENT” but what it really means is CHANGE YOUR MIND and see things from God's perspective. It is the first required step to newness. Go back and do some more research. Try to broaden your horizon this time and examine all the evidence. You will see, that Jesus who lived 2000 years go is the Christ who was crucified, died, resurrected and now lives. It's not Christian theology on some mythology. It's a factual truth and a truthful fact.

Through knowledge of Him only, can we escape the corruption and decadence of this world. Even though I ask that you apply your mind to the search for truth, you must be ready to believe in him, even if you don't get all the answers immediately. That is the paradox of faith. It is self-fulfilling. There is so much to say but I doubt you have the time to read. I wish you Godspeed in your research. Search again and let's talk again wai! Jesus loves you.