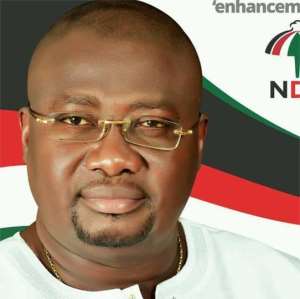 Adu-Asare, who is currently a presidential staffer, is in the race with incumbent deputy general secretary, George Lawson and former Director of Communications at the presidency, Koku Anyidoho.

Adu-Asare, popularly known as 'honourable swagger,' has since started a campaign on his facebook wall by posting his poster, expressing interest in the position.

The poster has since generated a lot of commentaries, with some commending him for sticking his neck out to contest for the position, whiles others have been attacking him.

But Adu-Asare has pledged to strengthen the party pillars and structures, media and communications relations, party parliamentary  cohesion, grassroots participation in party affairs, research, development and marketing of party activities. Above all, he says he will provide quality leadership.

He was recently relieved of his post as Chief Executive Officer (CEO) of the Youth Enterprise Support (YES) programme.

The programme, which was initiated by President Mahama with GH¢10,000,000 seed fund, was meant to assist young Ghanaians with creative and innovative business ideas and plans to become entrepreneurs.

It was not clear whether his removal was related to his role as head of one of the committees that executed the plan for Ghana's participation at the 2014 World Cup which was hit with a series of scandals, leading to the early exit of the Black Stars from the tournament.

Many people, including the Executive Director of IMANI Ghana, Franklin Cudjoe, called on President Mahama to dismiss Mr. Adu-Asare after the latter had admitted his involvement in the Black Stars' poor showing in Brazil.

The former Adenta MP is however, hopeful of becoming one of the deputy general secretaries of the NDC.

The swagger man was born on June 30, 1966 and hails from Abiriw –  Akuapem in the Eastern Region.

A secondary school leaver, he best describes himself as a businessman who was the CEO of Vital Concepts Limited, based in Ghana, Sierra Leone and Guinea.

He is a Christian who fellowships with the International Central Gospel Church (ICGC) and is married with three children.