Christianity Yet to Save Its First Soul for Elohim’s Kingdom! (Part 1 of 3) 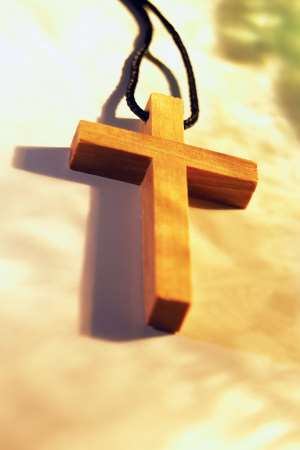 History bears record that the greatest person who ever lived on Earth was born around the beginning of our time today. The birth date of this august person has, since then, become the reference point by which mankind dates all his historical records—referring to all years prior to this birth as Before Common Era (BCE), and those after it as Common Era (CE).

According to the Ivri (Hebrew) Holy Scriptures—Tanakh and Brit Chadasha—which talk copiously about this great person, he was the Incarnate Son of Elohim who had been sent from Shamayim (Heaven) on a mission to Earth to redeem mankind from enslavement to sin and the Devil; and after he accomplished his mission, he returned to Shamayim ca. 30 CE.

Be it known that “Elohim” is the first known appellation of the Creator, Ruler, Controller and Sustainer of the Universe as He has revealed in Ivrit (the Hebrew tongue) to mankind in the Tanakh, and not “God” as given to mankind by English bible translators! In fact, if the Holy Scriptures as revealed to mankind in Ivrit had never been translated into any other languages of the world, the name “God” which bible translators ascribe to the Creator would never have been known to mankind at all!!

The birth of this Son of Elohim and his mission to Earth had, prior to this birth, constantly been promised and announced to Yisroel in the Tanakh. As stated earlier, Elohim's Son was to be for Yisroel, and indeed all mankind, the Savior or Deliverer from enslavement to the power and dominion of sin, and the devil.

Many of the promises of the birth of this Deliverer also revealed that he would come from the royal lineage of Yisroel, the Monarchy of Dovid, and that this birth would take place in the City of Dovid, Beit-Lechem—the House of Bread—but wrongly termed “Bethlehem” by bible translators.

When the birth of the Incarnate Son of Elohim was almost due, Elohim sent malakim (angels), one at a time, on a number of errands to Earth to prepare the key players in this unique event and to announce it's soon-coming. For one of such errands, Elohim sent a malak (angel) with His message to the Virgin Miryam informing her that she was the holy vessel chosen by Him to bear His Son!

Again, this malak sent a message from Elohim to Yosef, the would-be foster father of this great personality, to give him the name He had chosen by which all Earth was to forever call His Son when born! This same malak visited Miryam a second time; this time, to announce to her too the name Elohim's Son whom she had been chosen to bear, was to be called!

The name the holy malak of Elohim gave to both Yosef and Miryam was YESHUA, an Ivri (Hebrew) name, understood by all (his Ivrim “parents” and indeed all of Yisroel), to mean “Salvation”, for he “will save”—yoshia—his people from their sins. Yosef and Miryam therefore ensured that the name, YESHUA, was what they pronounced to all Yisroel at the naming ceremony of this august visitor to Earth!

Let me state that, after this naming ceremony, the name YESHUA was to remain so throughout all Earth and throughout mankind's history as belonging to the Son of Elohim! For, does Elohim ever undo whatever He does or does He ever change His mind?? Are His Words not Life and Eternal?

Let me say in this vein that, whenever Elohim repeats Himself to mankind, like He did by the two separate visitations of His malak to Yosef and Miryam to announce to them the name of His Son, and in the two successive dreams of same interpretations He caused a Pharaoh of Mitzraim (Egypt) to dream in one night—cf. Bereshis (Genesis) 41:1-36)—He simply means for mankind to take Him very, very, seriously!!

And so, as Yosef and Miryam ensured their son was named according to the Will of Elohim, it must be understood by mankind throughout its history on Earth, after the name YESHUA was revealed, that no one could ever change it to some other without the mandate of Elohim!

The name YESHUA is what entered the birth records of male children of Yisroel for this august Deliverer when he was born. And so, Elohim's Son grew up with the name YESHUA that He chose for him, and this name was acknowledged by everyone, inclusive of all his colleague schoolmates and playmates, and later in his adult life, community elders, followers of his teachings, and even his detractors, throughout Yisroel!

In fact, one can say in all certainty that the meticulously-kept and well-guarded genealogical records of all male babies born throughout the history of Yisroel, and particularly during the period 4 BCE-30 CE when this Incarnate Son was born in Beit-Lechem (Bethlehem) to the royal line and lived, have up to date in them, the name YESHUA as belonging to this extraordinary human personality sent by Elohim on a mission to Earth, and no other non-Ivri name!!

For all in Yisroel, particularly those who in the last year of YEHUA'S life on Earth believed and accepted his person, mission, ministry, sacrificial death, and resurrection, all as coming from the Will of Elohim, every one of them expressed faith in his unique name—YESHUA—in each and all of these aspects of his life. They knew no other name!!

Thus, to them, the only name by which anyone could gain salvation or total deliverance from the dominion of Lucifer and sin is YESHUA! The resurrection news and post-Ascension activities of this Savior-Deliverer were, therefore, propagated far and wide in the name YESHUA, and in no other.

Every believer and follower of the Incarnate Son of Elohim, before and after his ascension to Shamayim (Heaven) professed this name, YESHUA, for salvation! During the immediate post-ascension era, all followers of the Savior made sure they preached in this only true name of the Savior—YESHUA—and delightfully saw miracles of healing and deliverance from evil spirits come about at the mention of this name! (The continuing part to this article is in Part 2 of 3: Soon to be published).