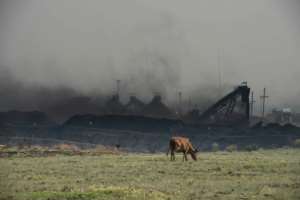 Johannesburg (AFP) - South Africa, a country beset by frequent power outages, will have to wait a little longer before pressing ahead with a highly contentious and very costly expansion of its ageing nuclear power fleet.

Last week was supposed to mark a key step forward in plans formulated back in 2010, but at the 11th hour the government balked.

Early last month, the energy ministry announced it would finally issue a tender for the construction of between six and eight power stations with a combined capacity of 9,600 megawatts on Friday, September 30.

But on Thursday, the ministry pulled the plug, announcing the procurement process had been postponed to allow for further consultations.

But it reiterated its commitment to a programme the government says is essential to meeting rising demand for electricity.

Five years after the nuclear disaster at the Fukushima plant in Japan, South Africa's project, coupled with the green light given the Hinkley Point plant in Britain, had been set to consolidate a global resumption of nuclear energy development.

In a continent where two thirds of the population lack electricity, South Africa is the only country with a civilian nuclear industry, with two reactors in service for the past 30 years. 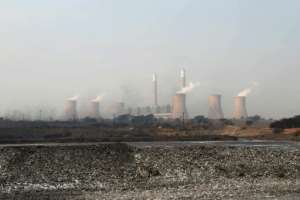 Supply falls well short of demand. Few South Africans have forgotten how in 2008 shortages were so severe that goldmines, a pillar of the economy, had to shut down.

"With an ageing coal fleet in South Africa that will be coming off our national grid in huge 'chunks' between 2025 and 2035... there is a desperate need to substitute these baseload stations... and nuclear power stations are a perfect match for this," he added.

Like everywhere else in the world, when it comes to energy, nuclear power is the subject of hot debate in South Africa. 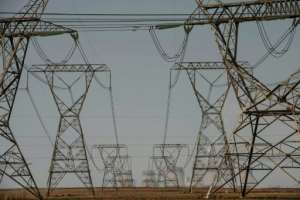 In a continent where two thirds of the population lack electricity, South Africa is the only country with a civilian nuclear industry, with two reactors in service for the past 30 years

Money is one of the biggest bones of contention.

Critics put the cost of the programme at more than a trillion rand ($73 billion; 65 billion euros).

According to South African energy expert Chris Yelland, the electricity produced by the proposed plants would cost between 1.3 and 1.5 rands per kilowatt/hour, compared to 1.05 rand for a new coal-fired power station and one rand for a blend of new solar, wind and gas plants.

For Yelland, who heads EE Publishers, which specialises in energy news and analysis, South Africa has no immediate need for nuclear power plants.

"Nobody knows what will be the electricity demand in the years to come. If you use the wrong figures, you might build a project much bigger than necessary," he said.

Other African countries faced with electricity shortages are also eyeing nuclear as the way forward.

Nigeria, the continent's most populous nation and its number two oil producer, and Kenya have signed preliminary agreements with Russia and China.

Nigeria has identified two potential sites for reactors but the project is stuck over its financing for now. 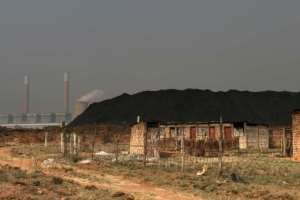 The Duvah Power station on the outskirts of Witbank, South Africa

"These nuclear reactors are being peddled to African countries who are desperate for electricity and energy security but who are going to be locked into these agreements which will drive up their price of electricity, but also lock them into this debt and dangerous source of electricity," warned Melita Steele, senior climate and energy campaign manager at Greenpeace.

"So as far as Greenpeace is concerned, nuclear is a distraction to real solutions to energy supply on the African continent," she said.

Even before it was announced -- and then postponed -- the procurement tender was the subject of legal challenges by several NGOs.

"If we continue with the bickering instead of doing something, we'll be in the same position in 2035 as we were in 2008. I say this because of bitter experience," he told parliament last week.

Announcing the postponement, the energy ministry insisted it was still fully committed to its nuclear programme.

Yelland was having none of it.

"This new delay shows that the government doesn't have any answers yet to some very basic questions, the first one being 'can we afford it?'"