And The Blood Flowed 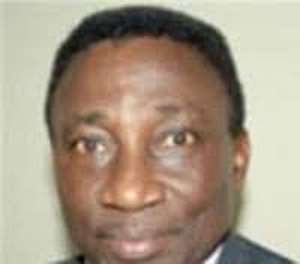 The Revolution is like Saturn - it eats its own children

LET THE BLOOD FLOW, and the blood flowed.  The graffiti on the walls of the University of Ghana, Legon, in the aftermath of the June 4, 1979 murderous revolution said it all.  The graffiti had been done by a motley of ragtag and bobtail from town, with a handful of students. Major Boakye-Gyan had ferreted out the mutinous air-force officer of May, 15, 1979.  Unknown to the nation, his open defiance at his open trial earned him great acclamation: 'Leave my men alone; I am responsible for their actions'.  His initials, J. J. were given the sacrilegious interpretation of 'Junior Jesus'.

With the acquiescence to the command of the supremo to the members of the toppled regime Supreme Military Council (SMC 2) to report to Gondar Barracks, the stage had been set for a 'reign of terror' unprecedented in the annals of this country.

At that time, Rawlings was a young officer - only thirty two-and he could boast of great physical vim and revolutionary zeal.  He was lanky and could not understand why some people sported pot - bellies.

He called his regime 'Armed forces Revolutionary Council' (AFRC), and Major Boakye-Gyan became the 'spokesman'.  The few goods in the shops were ordered to be sold at 'control prices', with the owners caned for 'hoarding' them.

Rawlings would not understand why some people had more than one toilet in their private homes while majority of the people had to queue to ease themselves at the public toilets.  People renting other people's rooms did not have to pay more than two cedis (¢2) per room.

Severe fines were imposed on economic saboteurs', including traders in foodstuffs like plantain, cocoyam, agbelema (corn dough).  These were ordinary traders who received profits for the business risks they took.  Payments were made into AFRC Account Number 48.

Within one hundred and twelve days, the regime (AFRC) had finished its job, and was ready to hand over power to an elected government headed by Dr. Hilla Limann of the People's National Party who had defeated Victor Owusu of the Popular Front Party and William Ofori Attah (Paa Willie) of the United National  Convention.

During the inauguration of the government on' 24 th September, 1979, people who were alert may have noticed the warning to Dr. Limann that his government was on trial.

On 31 st December, 1981, while Dr. Hilla Limann and his party gurus were having a good time at the Christiansberg Castle, Rawlings once again, sneaked into the studios of the Ghana Broadcasting Corporation and announced his return, the second coming:

'Fellow Citizens of Ghana, as you would have noticed, we are not playing the National Anthem.  In other words, this is not a coup.  I ask for nothing less them a revolution.  Something that would transform the social and economic order of this country.  The military is not in to take over.  We simply want to be a part of the decision - making process of this country I'm not going to bore you or take up your time by recounting a whole lot of misdeeds, a whole lot callous things some of us have gone through .. we don't have to be kept down by the divide and rule tactics'. Later, he briefed local and foreign journalists:  ' Perhaps, no one is more disappointed than I am at our return.  I have a great deal of faith in the democratic process our expectations were belied.  There are certain people who think an elected government has legitimacy, no matter what.  An elected government has only constitutional legitimacy, but its political legitimacy depends on its effectiveness and conduct'.

Have we tried to assess the social, political and economic effect that would have been the lot of this country had Rawlings not come the second time with his Provisional National Defence Council (PNDC) in December, 1981?  We would have seen five governments - five former Presidents, and government appointees from 1979, after Dr. Hilla Limann to date.   Famine hit Ghana: emaciated men and women were said to be wearing Rawlings's chain.  Forests were burning all over the country.

As things worked out, Rawlings alone took up nineteen (19) years, eleven (11) of which was marked by blood, tears and sweat under a military dictatorship - Ghana's 1992 Constitution, like the American Constitution provides for a maximum of eight years for the elected President and government. Thirty-four year old Rawlings would not have qualified for President under the 1992 Constitution which puts the minimum age at forty years.

The reign of terror that characterised the regime of the PNDC saw such men as Kojo Lee Sergeant Alorga Akata Pore, Lance Corporal Amedeka and Amartey Quaye of GIHOC parading the streets defiantly as the champions of the Revolution.  Amartey Quaye was later shot for his complicity in the murder of three high court judges:  Mrs. Cecilia Koranteng Addow, Justice K. Agyapong, Justice Sarkodie and also a Retired Army Officer, Sam Acquah Director of GIHOC.  Their bodies had been set on fire, but these charred bodies were found some days later on the Accra Plains.

Rawlings who would not be pleased with the retirement package which included Peugeot SOS estate kept accusing everybody - but himself - of being the source of the woes of the country.

Limann explained his non-complicity in the 1981 Rawlings coup: 'I categorically refute as totally untrue that I knew and approved of the Rawlings 31 st December Coup.  What reasons could I have had to seek my political demise by colluding with quixotic adventurers in such a dastardly act'.

With the lifting of the ban on politics in 1992 after a hard struggle by political agitators who included Professor Adu Boahen and Kweku Baako, the nation voted Jerry John Rawlings to now rule with the 1992 Constitution as a civilian President.  The 1992 Constitution had the 1957 motto of Freedom and Justice amended to read: 'Freedom, Justice, Probity and Accountability'.

When asked about AFRC Account Number 48 and PNDC Account Number 48 J. J. Rawlings said instead of going to court, he was prepared to go to Akonodi - People who had been pressurized to deposit their ¢50.00 notes had lost them forever and ever.  The babies he spawned had grown into 'babies with sharp teeth', and you say he laments over these?

Rawlings who had never spared J. A. Kufuor and his government was on the occasion of the 35 th anniversary of the June 4 th Nonsense describing how Kufuor mismanaged the economy of the country by the re-denomination: 'When Kufuor's government removed four zeros from the cedis, he overnight abolished the people's economy because he abolished the means to exchange goods below the value of 1,000 old cedis.  And to add to this insult, Rawlings sought an explanation of how the old cedis were disposed of, Kufuor, as a believer in 'truth' will direct anyone with such a question to go to the Bank of Ghana for answers to whatever questions they may have.   But what was Rawlings doing at the Revolution Square?  Is he an alternative Head of State?  Or has he got Ghana in his pocket?

Our children's generation can hardly spare us for being so docile and timid to have allowed Rawlings to have his own way for all this while.  They may spurn John Fitzgerald Kennedy's warning:  'Those who make peaceful revolution impossible will make violent revolution inevitable'.

Oliver gromwell, the Lord Protector of England, Wales and Scotland and who overthrew the monarchy of Britain after his vital role in the assassination of Charles I in 1649 wished to ' render the English name as great and formidable as ever the Roman was'.  After Cromwell's death from natural causes in 1658, and burial in the Westminster Abbey, his corpse was dug up; he was hanged (though dead) and beheaded.  The Royalists had come to power in 1660.

The American Revolution which took place between 1765 and 1783 was championed by George Washington, as Commander-in-Chief of the Continental Army.  By the Revolution, Thirteen American Colonies broke from the British Empire.  The Americans rejected the authority of the British Parliament to tax them without representation, and the protests escalated into the Boston Tea Party of 1773.  John Adams noted:  'The Revolution was effected before the war commenced.  The Revolution was in the minds and hearts of the people.  This radical change in the principles, opinions, sentiments and affections of the people was the real American Revolution'.  George Washington is still revered.

The 'Reign of Terror' that affected France between September, 1793 and July 1794, saw the mass execution of more than 16,500 by guillotine and 25,000 by other means.  The victims included King Louis XVI and Marie Antoinette.  It was incited by the political rivalry of the Girondins and the Jacobins.  Maximilien de Robespierre who had spear-headed the 'Reign of  Terror' had to drink from the 'poisoned chalice' - he was guillotined.

Any lessons for any one?