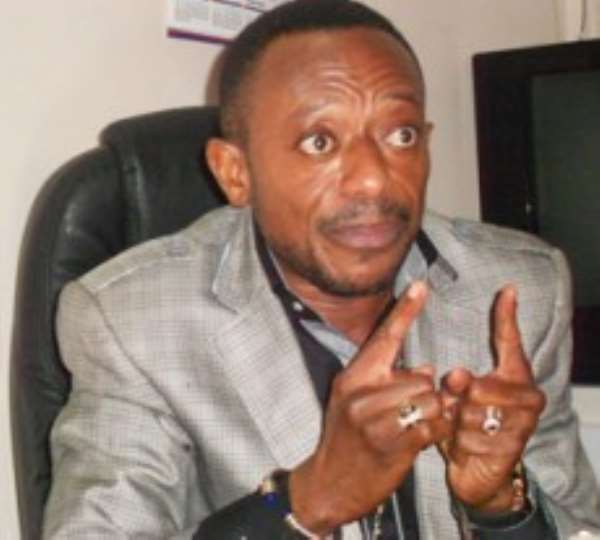 Our prophets are becoming an embarrassing bunch of fortune seekers. For those who respect them under the guide of “Touch not my anointed and do my prophet no harm”, the time has come to take another look at their stance. Here we have people claiming to be sent by the same God (is it god?). Each of the four is touting his own candidate as a clear winner. Should we take them seriously? Unless we smoke something. Biblical prophets agreed.

Jeremiah did not contradict Isaiah, neither did Nahum contradict Micah. Whatever each prophet said all the others after him agreed because the source of that prophecy was one. When you have four prophets prophesying the victory of four different presidential hopefuls, is it wrong to call them all liars? How can all these prophets be true at the same time?

There are those who believe that we should never question men of God, that if they are wrong, God will deal with them. This sounds spiritual, but, is it good? They are not deceiving the church but an entire nation made of people from all walks of life. The consequences of their divination could be catastrophic.

First, they are discouraging people who would have voted for the opposite candidate to think that it is just a waste of time to vote for a “loosing candidate”. Secondly, by claiming that God has told them, they are instilling wrong confidence in the aspirant. Should he loose, he will suspect some foul play and refuse to gracefully accept defeat, the same applies to their respective followers. Thirdly, these prophets are doing more harm to the body of Christ.

People will begin looking at all men of God as money and publicity hungry morons who are just seeking fame and some quick bucks. And finally, they are violating an electoral law. It is only the Malawi Electoral Commission that is mandated and allowed to announce national election results and any other person or group doing that must be arrested. These people should be cautioned and if they continue, they should be arrested and tried according to the laws of the country.

The gifts of God are not for the manipulation of the masses. People should not be subjected to spiritual manipulation under the guise of the prophetic word of God. These people should be told to shut up and look for another job. They should not be allowed to continue confusing us with contradictory prophecies; after all, we never consulted them in the first place.

May be they are trying to score some political mileage with the presidential candidates so that they be considered for the position of presidential advisor on religious matters. Is the desperation so acute that they can't wait until the inauguration day? Please may they spare us this unnecessary confusion? May I salute the Evangelical Association of Malawi and National Initiative for Civic Education for coming out guns blazing in condemnation of these opportunists? Their contradiction betrays them. The nation deserves better.

More Feature Article
Modern Ghana Links
Open Letter to President of Ghana Nana Akufo-Addo
Memo to the Electoral Commission (EC)
Blasphemy: Ganduje and Continued Detention of Mubarak Bala in Kano
Can Ghanaian democracy survive if the 8th parliament of the 4th republic fails the masses?
Ghana’s Benighted Age of Prophetic Madness
Sunk before Service: Australia’s Disastrous Submarine Project
The state of Censorship
The Yin and Yang of 2020: A Messy and Terrible Year, yet a Harbinger of Global Hope
The Talking-heads in Africa on my mind.
Election Reports Quotes Dossiers
TOP STORIES