NIGERIA IS A CORRUPT COUNTRY –US REPORT 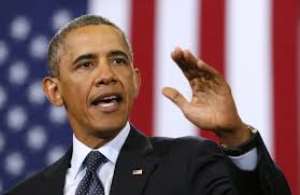 United States has classified Nigeria as a corrupt country with a poor governance record, where discrimination against women, the less privileged, lesbian, gay, bisexual and transgender (LGBT) people is common place.

US Secretary of State, John Kerry made the corruption allegations on Thursday, saying, “Country Reports on Human Rights Practices” which he presented at the Press Briefing Room of the State Department in Washington.

Kerry warned that the US was not acting out of arrogance but to plug the pitfalls arising from its experiment at home and help the human race against making avoidable mistakes.

“Even as we come together today to issue a report on other nations, we hold ourselves to a high standard and we expect accountability here at home too. And we know that we're not perfect. We don't speak with any arrogance whatsoever, but with a concern for the human condition,” the Secretary of State said.

This year's report, he stressed, “is especially timely coming on the heels of one of the most momentous years in the struggle for greater rights and freedoms in modern history.”

Kerry added: “From Nigeria to Russia to Iran, indeed in some 80 countries the world over, LGBT communities face discriminatory laws and practices that attack their basic human dignity and undermine their safety.

“We are seeing new laws like the Anti-Homosexuality Bill enacted by Uganda and signed into law by President Yoweri Museveni earlier this week, which not only makes criminals of people for who they are, but punishes those who defend the human rights that are our universal birthright,” Kerry said

The report also took a huge swipe at the anti-corruption agencies – the EFCC, ICPC and the Police.

The report which ranked the EFCC's commitment to the anti-corruption war higher than that of the ICPC said Ibrahim Lamorde's efforts at prosecuting offenders were frustrated along the way.

“The anti-corruption efforts of the Independent Corrupt Practices Commission (ICPC) and EFCC remained largely ineffectual. The ICPC holds broad authorities to prosecute all forms of corruption, whereas the EFCC is tasked with handling only financial crimes. Despite this wider mandate, the ICPC had achieved only 68 convictions since its inauguration in 2000.

Lamorde, according to the report, seemed to have been constrained “by the fact he is being teleguided by those that put him in office, on who to arrest and prosecute while his efforts at trying 12 prominent public officials met a brick wall with several frustrating setbacks during the year.”

The report continued: “Despite the arrest of several high-ranking officials by the EFCC, including Dimeji Bankole and Hassan Lawal, who have been left off the hook, allegations continued that agency investigations targeted individuals who had fallen out of favour with the government, while those who were in favour continued their activities with impunity.”

In conclusion, Kerry summarised once more the reason for his country report exercise: “This is about accountability. It's about ending impunity. And it's about a fight that has gone on for centuries, as long as human beings have been able to think and write and speak and act on their own.

“And so, the United States of America will continue to speak out, without a hint of arrogance or apology, on behalf of people who stand up for their universal rights. And we will stand up in many cases for those who are deprived of the opportunity to be able to stand up for themselves,” the report said.