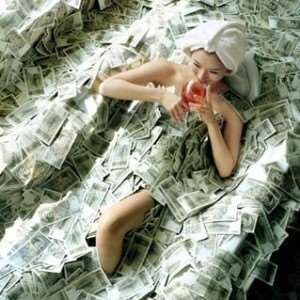 THE .
THE HEARTLESS
ANYTIME I hear a report on human trafficking, I cringe. It is only those who have no heart for people who would be involved in such obnoxious money-making enterprises. I've seen friends become bitter towards each other because of money. Families break up due to people's uncontrolled desire to make money.

But you see, you can't sacrifice key relationships to be rich and think your life will be enriched. Money is worthless without people. If you prioritise money to the neglect of crucial relationships, you will be a lonely soul.

THE HINDLESS
THE net worth of an individual is determined not by what they have but by what they contribute to society. Your legacy is more important than your empire. If you focus only on acquisitions, society will repudiate you. If you strive to build an enduring legacy, society will respect you. Your memory will be honoured.

Hindless people care less about posterity. They are only interested in the here and now. A good life is one that continues to live even after it is dead. In 1888, when brother of Alfred Nobel died, a French newspaper erroneously published the death notice of Alfred. The paper discredited him for his invention of dynamite. The notice said, 'The merchant of death is dead' and went on to narrate that 'Dr. Alfred Nobel… became rich by finding ways to kill more people faster than ever before.' This publication disturbed Nobel hence his decision to leave a better legacy after his death.

Later in 1895, Alfred Nobel signed his last will and testament which bequeathed the bulk of his estates to fund the Nobel Prizes. Today, the Nobel Prizes are arguably the most prestigious, coveted and credible brand of honorary scheme in the world. Many people do not remember Alfred Nobel for his wealth. His name is not even often mentioned in reference to his inventions. The world celebrates him because of his legacy of the prizes.

Don't live with the sole aim of making money without a design to leave a lasting legacy.

THE HEALTHLESS
MONEY without good health is vain. Why would you sacrifice your health to make money and use the money to pay for treatment? In your pursuit for wealth, be sure to make time for callisthenics, balanced diet, recreation and rest. If you love your life, you will give consideration to your health when you make your money moves. Without good health, you will not live to enjoy your money.

Visit the LifeSense blog, terrymante.blogspot.com for other features features. Call 026 718 6420 to book Terry Mante for a speaking/training appointment. You may also interact directly with him via facebook.com/terrymante.