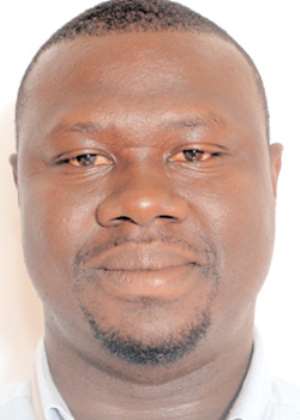 Good morning, Lucifer. I believe this letter would come as a big surprise to you. This is because you know  a chunk of the human race regard you as an enemy.  Some call you devil, while others call you destroyer. They say you appear as a cute and benign tempter in comics and cartoons, but you are nothing cute in reality. I do believe that you are not the nicest or friendliest spirit around; but I do not think you are as powerful as some humans want us to believe.

I addressed you as Lucifer, the Morning Star, because that is the name the Bearded Old Man Himself gave you. I hear you prefer that name to any other. It is therefore very unfortunate that the 'Morning Star' has now become the sworn enemy of his Creator and Man as a result of disobedience.

By the way, is it true that you were the one who metamorphosed into a serpent and deceived Eve to eat the 'fruit of life'? Did I hear you say yes? Well, even if you told her a lie, it is clear that she was not obliged to believe you. So if she did, she has to take responsibility for her actions and not heap the whole blame on you.

Indeed, many sons and daughters of Eve gleefully take a leaf from their mother's book and refuse to take responsibility for their misdeeds. They shamelessly blame you for their iniquities, while they absolve themselves of any blame. My heart is saddened anytime I hear you being blamed for other people's sins. I'm drawing your attention for you to deal with it as soon as possible.

I know a married man who chases anything in skirt. His langa-langa does not care if a woman is married or not. All it cares about is to have the opportunity to feast on the woman's bearded meat. When he was caught with another man's wife having a 'jigi-jigi' bout, the first thing that came from his mouth was, 'It's not me; it's the devil.'

This is just not fair to you, Lucifer. How can a man deliberately engage in act to amuse himself, then turnaround to accuse another when caught pants down? Pastors and Imams continue to proffer spiritual explanations, but I refuse to buy any of them. Yes, you do have the capacity and ability to plant negative thoughts in Man's mind. But Man should be sharp and strong enough to uproot those evil thoughts. If he does not, then he should blame himself for his weakness, and not poor you.

By nature, man tends to blame you for every evil he commits. But there is this special species of human race which is guiltiest in this regard. It has turned your name into a chewing stick. This special species responds to the name 'Ghanaian'.

You would not believe it, Lucifer. They blame you for every failure of theirs under the sun. Be it marital problems, social disorder, defeat in a football match, 'dumso-domso' or economic problems, you are the one they blame.

A group of government officials, with the alias, greedy bastards, were given millions of cowries to engage in an afforestation project in the Northern part of the country. The rainy season came but they did not plant any seedling. They waited for the dry season to set in before putting their plans into motion. They deliberately planted few seedlings, knowing very well that they wouldn't survive under the harsh weather conditions.  They lined their pockets with the millions of cowries and then told us all the seedlings got burnt by bushfire. Do not be surprised to hear them attribute the failure of the dubious project to you.

Ever heard of 'Akomfem'? It is the animal the Queen of England and her people refer to as Guinea fowl. It is a nice delicacy eaten predominantly by the people of the North.

When the late Agya Ofuntuo's government established the Savannah Accelerated Development Authority (SADA), one of the investment opportunities the SADA mangers saw was the 'akomfem' business. They claim to have invested millions of cowries in the project, but when some of my compatriots went to the farm, the birds were nowhere to be found. Perhaps, you  were the one who made the birds fly to neighbouring Burkina Fasso.

Hon. Lucifer, I honestly do not believe that you are responsible for the sinking Cedi and ailing economy. However, I know very well that spiritual matters are beyond my comprehension so I may be wrong. Since commands from a powerful Archbishop have failed to do the trick, maybe pleading for mercy would. I therefore take this opportunity to appeal to your sense of forgiveness to have mercy on this country and loosen your grip on the Cedi and the economy. You do not need to be told that Ghanaians abre, do you?

Counting on your sense of forgiveness, merciful Lucifer!