Open Letter To Jake Obetsebi Lamptey: Decision To Hold A Decentralized National Conference Is Alien To Our Tradition 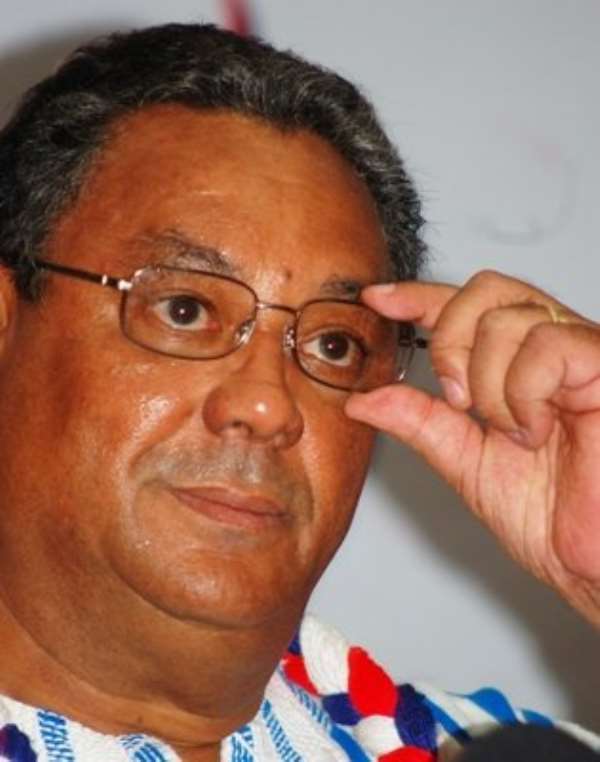 Let me be quick to state my vehement disagreement with you on your decision to upset the constitution of our great party by holding a decentralized national conference. It is lazy, defeatist, inconsistent, unacceptable and betrays the very letter and spirit of our constitution.

This decision is completely alien to our tradition - it is not known to us and neither was it known to our forebears.

This proposal/ decision and the reasons you adduce to it are striking and it suggests to me that you never took the time to thoroughly think through the ramifications before tabling and spearheading this wild preposition.

Mr. Chairman, may I remind you that a formidable party was bequeathed to you by your predecessors and it is incumbent on you that you hand over a more formidable or at least an equally formidable party to your successor as was handed to you. That is absolutely non-negotiable, even though your own comments suggest that this would not be the case.

I read with disgust portions of a letter which you wrote in response to the Honorable Member of Parliament for Suhum, Mr. Fredrick Opare-Ansah citing cost and also advancing the argument that law was made for man and not otherwise to cement your decision. I don't believe this is an exceptional circumstance that requires jettisoning a constitutional provision. The law is explicit and unambiguous and I am glad you readily admit to that fact.

However, what this party should discourage and cannot tolerate is the sort of precedent you seek to set which is aimed at undermining the base and authority of the constitution based on which you were elected and which you swore to uphold.

Our party must be seen to be consistent with its beliefs of upholding the rule of law and not man. Not too long ago, our party was in court to challenge the wanton disregard of such constitutional and legal provisions, such as the 'No Biometric Verification, No Vote' and requirement for Presiding Officers to sign Pink Sheets, by the Electoral Commission at the apex court of the land.

Mr. Chairman, where lies our consistency and moral authority if we circumvent our own party's constitution? The party MUST not be run at the whims and caprices of any individual or interest. It should be the collectivity and the interest of the mass of our supporters that should matter.

Mr. Chairman, your argument about costing and the lack of funds to hold the National conference at one location is the weakest among the already weak chain of arguments and it is a clear indictment on your administration.

Are you saying under your stewardship a Ghana's biggest mass party cannot afford to hold a National conference at a centralized location? A party with so many fine brains, resourceful persons and a support base of over 5million cannot raise enough funds to meet once a year? Our forebears must be turning in their graves

Respectfully, I also doubt the figures being bandied around by yourself, your appointed Chief of Staff and the General-secretary in which GHC 1million, GHC 1.6million and GHC 1.2million have been respectively mentioned as the cost of the National conference at one location.

The conflicting figures, clearly places the whole costing supposedly done into disrepute. For many of us, the figures being bandied are absolutely incredible and simply outrageous to say the least.

What all concerned Party sympathizers and supporters demand is a proper costing that should be done and tabled at National Council for a proper interrogation and scrutiny.

Mr. Chairman, we (including your good self) all know that one of the strengths of a good leader in an organization is the ability to raise and marshal resources in order to be able to meet expenditures and prosecute the agenda of the organization.

Your self-confessed inability to live up to this basic leadership attribute is a clear testimonial of your gross failure and one of the biggest reasons why you should be resoundingly rejected by our party delegates come 1st March.

We cannot have leaders who sit and wait for the flag bearer to raise funds only for them to disburse and in certain cases, mismanage. A party like ours has the capacity to raise enough funds to fund its activities.

I believe the party must carry the flag bearer and not the other way round. This business of no money until a flag bearer is elected to go and look for money to run party activities is unacceptable.

Mr. Chairman, this latest action of yours has not only opened up our party to public ridicule once again but fractured your credentials and chances of re-election, which were already bleak, if I should add.

I will not belabor the point by citing the numerous advantages of abiding by the constitutional provision of holding the National conference at a centralized location- I don't believe you can claim ignorance of that.

Moreover, the framers of our constitution can certainly not be wrong on that.

In the face of such a prodigious dissatisfaction and outright rejection of your decision by the rank and file of our party, I humbly urge you to reconsider and take all the necessary steps to do away with such an unpopular decision before the ghosts of our forebears is invoked on you.

With these few words, I am done Mr. Chairman. See you at congress!